Meet the Kia Sonet, the Korean company's answer to the Ford Ecosport

The Kia Sonet: Kia’s answer to the Ford Ecosport

If you read and/or remember our previous article on this mysterious new Kia crossover, then you’ll want to know that Kia has revealed its new pint-sized crossover for the Indian market.

And you know the Indian car scene, some select car models released there will eventually find their way over here, in the Philippines.

What’s it called? Ladies and gents, meet the Kia Sonet;

Now hold your horse's folks, the Kia Sonet, as of now, is still a concept. Kia, however, says that it’s only a few months wait until they can come up with a full-on production version.

Currently, the Kia Sonet is part of Kia’s exhibit at the Auto Expo along with the Kia Seltos and the Kia Carnival. 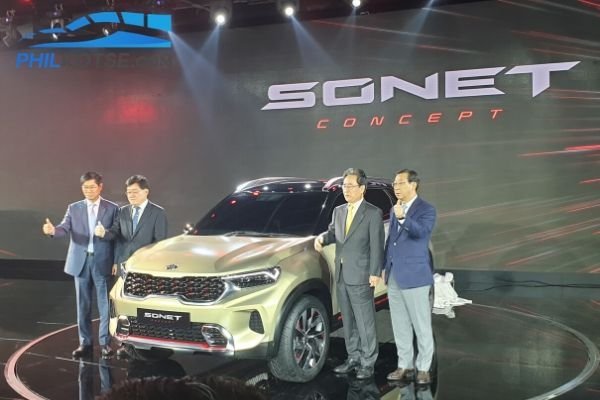 Again, hold your horse's ladies and gents! Right now, Kia is a bit secretive about the Sonet’s technical specifications but from what we can see from the concept itself, its indeed a tiny but modern looking crossover that’s sure to catch eyes and its consistent with the current Kia design language. Yes, it's consistent with Kia's current design language but its a more playful take on it

>>> Check out for the latest updates on Kia Philippines price

With regard to its size, it's about 3900 mm in length. That, of course, will make the Sonet a really good purchase in India due to their road tax rules.

In comparison to other Kia models, the Sonet is shorter than the Kia Stonic and thus will become the smallest crossover from Kia. 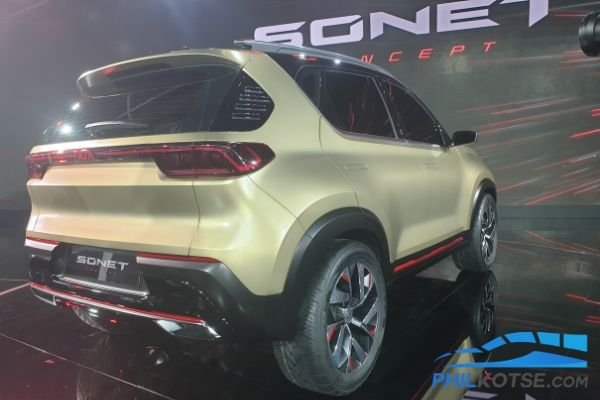 The rear end looks so clean and sleek

At the Auto Expo 2020 currently being held at Delhi, India, the Sonic concept currently on display has a very dark tint on to hide its interior. It’s like that time when Subaru revealed the Levorg concept at the 2019 Tokyo Motor Show.

We do know though that it will come with an intelligent manual transmission, a massive 10.25-inch infotainment system with navigation, which is then tied up to a Bose sound system.

Another thing we’re sure of is once the Kia Sonet will go into production, it’ll compete against the Ford Ecosport and the Hyundai Venue.