User's: 5.0/5
The Ford EcoSport 2017 Philippines is said to be a supermini-sized SUV with Fiesta-type mechanicals. It’s priced similarly to the Renault Captur and Kia Soul and cheaper than the Nissan Juke and Skoda Yeti. 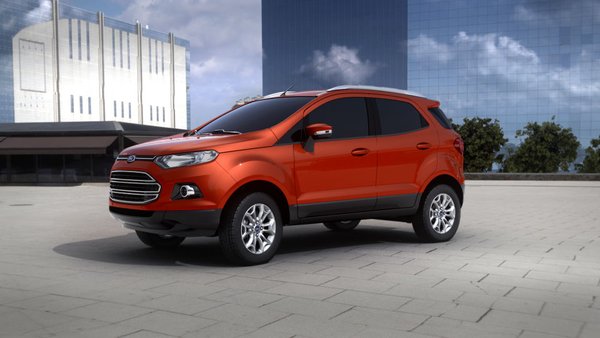 The overall look of the Ford EcoSport

The 2017 Ford EcoSport is a supermini-sized SUV with Fiesta-type mechanicals. It’s priced similarly to the Renault Captur and Kia Soul and cheaper than the Nissan Juke and Skoda Yeti.

Three engine options are on offer: the 1.5l diesel engine, 1.0 or 1.5-litre petrol engines, yet the first one is used most. Ford EcoSport 2017 has enough accomodation for 4 adults. Its cabin is not quite functional like many other competitors’ one and the side-hinged boot is hugely impractical. 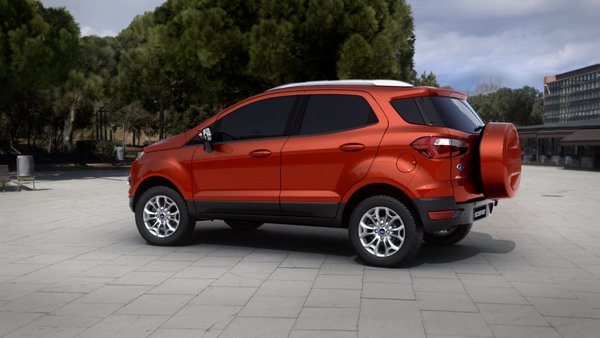 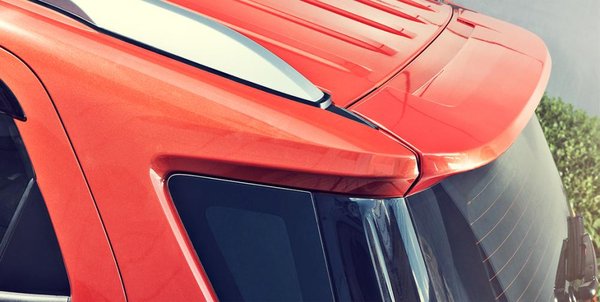 The dominant color of this car is bright yellow, so users will have to pay an additional fee to own a EcoSport with other exterior colors. Ford EcoSport is front-wheel drive only. It gives the high ground clearance. 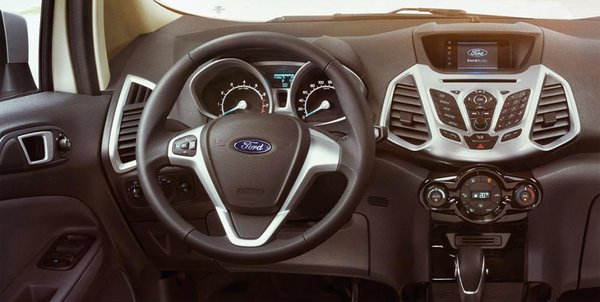 Ford EcoSport 2017 directs the eye of viewers through its commanding driving position’s beauty. 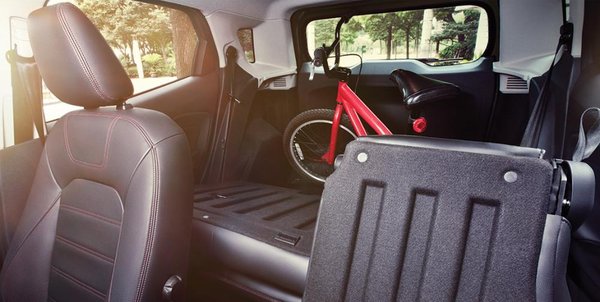 Drivers can slide onto the driver's seat without having to bend over as always. Seats are so narrow that even thin people may feel like they are occupying all the area around their seat.

Ford EcoSport’s dashboard is taken from the Fiesta. Many main control functions are not difficult to perform on the move yet the radio has several confusing buttons.

The EcoSport currently on sale offers a tiny and high-spec screen and menus that are tricky to navigate through a convoluted combination of toggle switches and shortcut buttons. Poorer-quality and more harsh plastics give the EcoSport a low-rent feel.

2017 EcoSport should never be the most spacious car in the segment since two adults would be fine. Due to the narrow seat, front occupants may feel quite limited for elbow room. Those sitting behind face similar problems, which makes the vehicle only better for short journeys.

The car has no sliding-seat versatility or exceptional rear passenger space. The Philippines-spec Ford EcoSport has the tiny boot which is opened via the impractical, huge, side-opening boot door. This will make it more difficult for users when parking in tight spaces. They have to manage to open that inflexible door. A 138bhp version is available that is only used for the top-spec Titanium S trim.​

The 124bhp 1.0-litre turbocharged ‘Ecoboost’ petrol is more efficient in action than the non-turbocharged 1.5 petrol. The 1.0l petrol engine is free revving and performs better than the diesel. A 138bhp version is available that is only used for the top-spec Titanium S trim.

The diesel has good mid-range urgency that successfully implements its functions in the ebb and flow of faster traffic.

2017 Ford EcoSport Philippines offers five-speed manual gearboxes in all of its models. But most people often opt for short gearing in the diesel version.

The EcoSport handling is reasonable with proper steering fluidity, appropriate weight, good grips, and well-sorted body lean. But you can have some disappointing experience when riding on a poor road. Driving at a higher speed helps improve the experience.

Ford EcoSport’s engine sound is loud but this is not really an offensive problem. The same goes in the door mirrors since they cause whistling wind noise around the windows. There is some vibration felt in pedals too.

Worth mentioning is that Ford EcoSport’s smooth drive is created by the precise pedals and gearshift.

Many said that buyers will be in a better condition with the 1.0-litre petrol engine instead of the diesel engine. 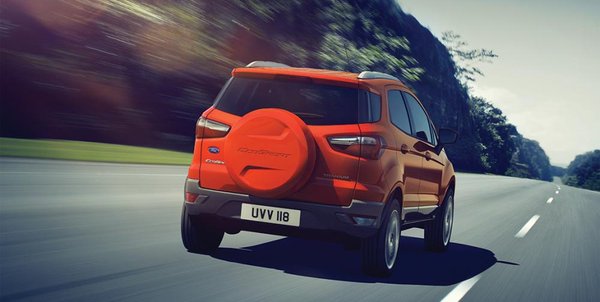 Ford EcoSport 2017 price is quite competitive

According to car review experts, Ford EcoSport is sold at a lower price than some of its rivals. According to some reviewers, this might be a pricing competition. Ford EcoSport based its price on other competitors' prices to get ahead in the race. However, buyers may want to take into consideration that Ford’s monthly car finance deals are often a bit higher than some of its rivals.

The fuel consumption is decent. Specifically, the 1.5 diesel engine delivers an output of 50.9mpg and the 1.0-litre Ecoboost generates 34.0mpg. Tires can be replaced at prices for common small hatchbacks. Fortunately, Ford offers its well-priced service plans, which are sure to please many demanding customers since these plans will save quite a bit of money on maintenance over time.

>>> Find more cars for sale from other brands on Philkotse