As we’ve established already, pickup trucks are very hot commodities here in the Philippines. They’re tough and versatile, while offering a lot of comfort for its occupants. By being a tough car type however, there’s a hefty price to pay. They usually feature turbo-diesel engines, stronger suspension components, etc. Those aren’t cheap to manufacture. By virtue of being trucks, these affordable versions can still handle tough situations

With those in mind, the question that now follows is: which are the most affordable pickup trucks in the Philippines in 2022? Well, here’s a list.

Before reading on however, do note that we won’t be including cab and chassis models on this list. Sure, one can theoretically turn those into family cars, but that would incur additional costs.

The five most affordable pickup trucks in the Philippines in 2022

In the 2022 Isuzu D-Max variant lineup, the most affordable model is the D-Max Single Cab 1.9-liter model. Of note, it uses the same 1.9-liter mill found on the RZ4E double-cab variants. At most, this engine can produce up to 148 horsepower and 350 Nm of torque. For this model, power is sent to the rear wheels through a six-speed manual gearbox. 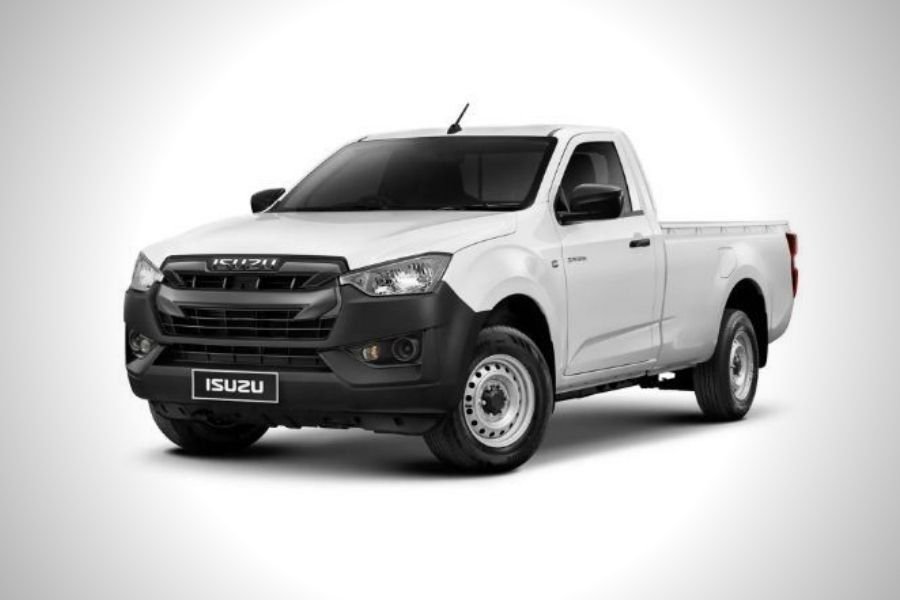 While simple, the single-cab D-Max has some sort of stylishness to it don't you think?

So, while it doesn’t have the five-seater capacity of the 1.9-liter double cab D-Max versions, it does get the same amount of grunt. On the flipside though, the single-cab, by virtue of not having a rear cabin, does have a slightly longer cargo bed. As such, it will see more use as a logistics solution than a people carrier. Also, it doesn’t have the pizzaz of the higher-spec 2022 D-Max variants, but it does provide manual air-conditioning, a single DIN entertainment system, and two airbags.

While the mainline Hilux variants come with rather tall ride heights and very generous ground clearance figures, the Hilux J is a low-to-the-ground model.  Despite that, it still uses the same sturdy leaf spring suspension system, which means it can carry as much as the other Hilux trims. 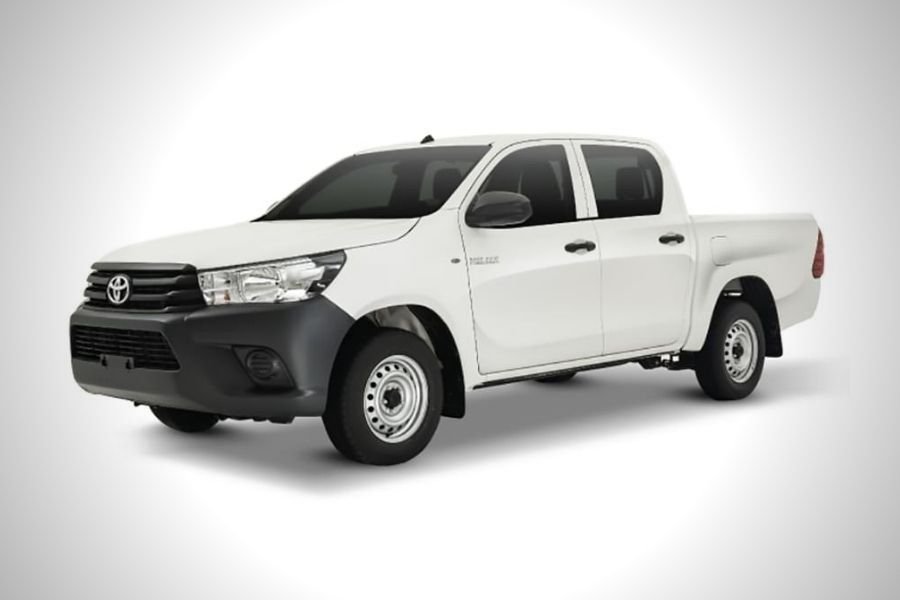 Apart from being low to the ground, the Hilux J uses a set of steelies

Of note, the J belongs to the Hilux Fleet lineup. However, it uses the same 2.4-liter mill found on the Hilux E. This engine has a maximum output of 148 horsepower and 343 Nm of torque. All of that grunt is sent to its rear wheels via a five-speed manual tranny.

While the Hilux J is less athletic-looking than the higher-spec variants, it can comfortably seat up to five. It also provides a manual air-conditioning system, a 2-DIN entertainment system, and dual front airbags. The Toyota Hilux is also in our list of the best pickup truck Philippines 2022

The Maxus T60 Pro 2.8 4x2 MT is an affordable truck that offers a lot of features for its price tag. It can comfortably seat five, and it even comes with a seven-inch touchscreen with Apple CarPlay connectivity, a manual air-conditioning system with rear vents, and two airbags. For its price, the Maxus T60 Pro comes with a lot of features

Under the hood of the Maxus T60 Pro is a 2.8-liter diesel engine which can deliver 148 horsepower and 360 Nm of torque. Power is sent to the rear via a six-speed manual transmission.

Another affordable truck currently available in the Philippines right now is the Strada GL 4x2 MT. It still features the same overall shape as the high-spec Mitsubishi Strada variants, but it features a matte-black grille, and it also rides on a set of steelies. Overall, it's more spartan-looking than the other variants in the range. Despite that, the Strada GL still comes with some niceties like a 2-DIN audio system, dual front airbags, as well as a manual air-conditioning system.

Propelling the Strada GL is a 2.4-liter diesel engine mated to a six-speed manual transmission. The said engine is the same engine found on the other Strada variants, and it can produce up to 179 horsepower and 430 Nm of torque.

Like the Strada GL, and the Hilux J, the Navara EL is a simpler-looking version of the facelifted 2021 model. It still features the redesigned and macho-looking front fascia, but it doesn’t have shiny trim pieces, and it rides on a set of steelies. Despite that, the Navara EL trim can still comfortably seat up to five occupants. It also comes standard with a manual air-conditioning system with a rear vent, a 2-DIN audio system with Bluetooth, hill-start assist, six airbags, stability control, and a security alarm.

The Navara EL variant’s powerplant is a 2.5-liter diesel engine that can churn out up to 163 horsepower and 403 Nm of torque. Power is sent to its rear wheels via a six-speed manual transmission.

That’s it folks, five of the most affordable pickup trucks in the market right now. They might not be as fancy or as macho as their higher-spec counterparts, but they will get the job done.

When it comes to balanced handling and a smoother ride, the Ford Ranger is one of the greatest pickups. Furthermore, this vehicle can wade through water up to 800 mm deep, so you won't have to worry about flooding on Metro routes.

This truck may appear intimidating (and pricey), but don't be fooled: the Ford Ranger has the most cheap variations of all the trucks listed here. So, even if you can't afford the P1.7 million 3.2L Wildtrak 4x Ranger, you may downgrade a little and still drive the same brand new vehicle for less than P800,000.

The Ford Ranger has a 2.2L Duratorq TDCI diesel engine with a 5-speed manual or 6-speed automatic transmission.