Here's a list of all the Lexus SUV models available in the Philippines. Included is a short review for each as well as their starting prices.

To help prospective car buyers find the exact car model that they want, we've listed Lexus SUV Philippines line-up in one article. Included is a summarized overview and each model's starting price.

While it’s a bit late, luxury brand Lexus joins in the highly competitive subcompact crossover market with the UX. Despite being late though, the UX is no slouch and even its based model, the UX 200, comes pretty well equipped and offers a lot of power. Under the hood of the Lexus UX is a 2.0-liter inline-4, same as the one found on the new Toyota Corolla, but a bit more powerful. It makes up to 168 horsepower and 205 Nm of torque. Power is sent to the front with a direct-shift CVT.

Standard on all UX variants is a 7-inch multi-information display and a Lexus sound system.

>>> For updated pricelists for Lexus branded vehicles, we also have an up-to-date Lexus Philippines price list

Sold as the entry-level crossover for Lexus in 2014, the NX now slots just above the UX and just below the larger, mid-size RX. 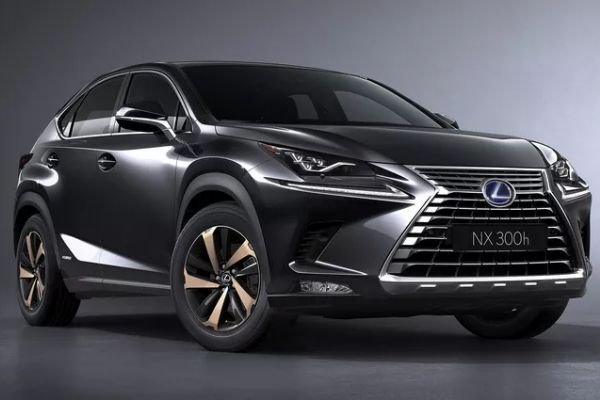 Those are pretty decent numbers for a crossover right?

Inside, the NX 300 is equipped with a Lexus display audio linked to eight speakers, cruise control, an 8-way electrically adjustable seat, and dual-zone air-conditioning.

3. Lexus RX: One of the oldest Lexus SUV Philippines

As one of the oldest SUV marques sold by Lexus, the Lexus RX also has the honor of being one of the most recognizable models from the luxury car manufacturer. It’s been around since 1998 and it underwent a lot of styling changes and two layouts since then. It even began as a compact crossover and is now a mid-size crossover SUV.

For the currently available 3rd-generation Lexus RX, its engine is a 3.5-liter, four-cam, Euro 6 compliant V6 diesel that has a maximum output of 296 horsepower and a maximum torque rating of 370 Nm. For the base RX 350 variant, power is sent to the front wheels by an 8-speed sequential-shift automatic. 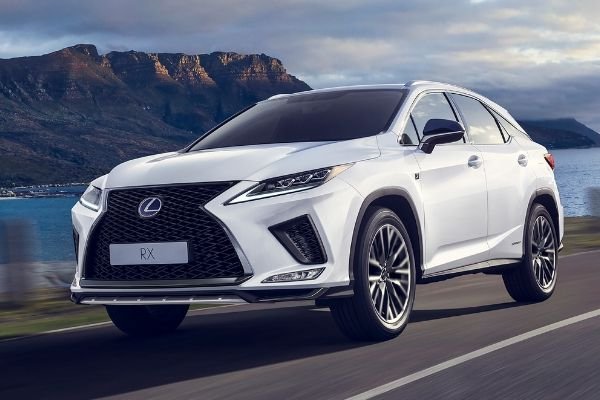 The Lexus RX, one of the most popular Lexus SUV models ever made

While it is certainly a capable crossover in terms of raw power, the RX is also very well equipped to keep all of its five occupants comfortable. For the driver, the RX comes with an 8-way electronically adjustable seat with memory function, lumbar support, cruise control, a power tilt/telescopic steering column, electrochromic auto-dimming, and a 4.2-inch color TFT.

For the passengers, there an auto-air-conditioning system with S-FLOW control, an 8-inch Lexus display audio with remote touch linked to 9-speakers, Apple Carplay and Android Auto, and an automatic sound levelizer.

>>> Worth to note: Diesel Power! Top 10 most fuel-efficient Diesel SUVs in the Philippines

Moving up in size and market segment, we now come to the large and in charge Lexus GX which is based on the Toyota Land Cruiser Prado. For the 2nd-generation which is currently available right now, it comes with full-time four-wheel drive, a body-on-frame construction, a Torsen center locking diff, an electronically controlled hi-lo transfer case, and a Kinetic Dynamic Suspension system. 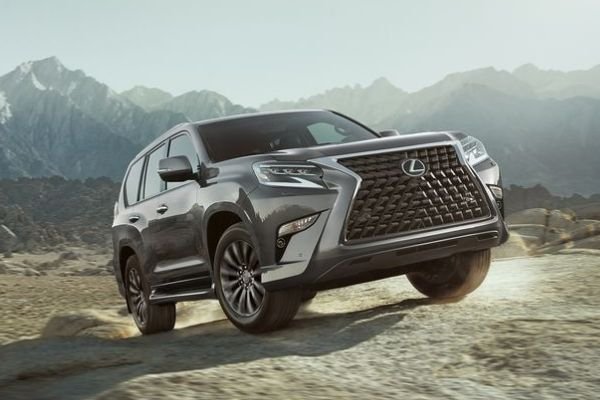 Its front end looks like it can swallow you whole

These tools thus make the Lexus GX a highly capable vehicle on and especially off-road.

For its engines, the Philippine-spec GX comes only with one option, a 4.6-liter V8 that can make up to 292 horsepower and 438 Nm of torque. Power is sent to all four wheels with a 6-speed automatic.

Like the rest of the Lexus models, the interior of the Lexus GX is all Luxury. There’s a power tilt/telescopic steering column, a power-adjustable driver’s seat, power lumber support, a tire pressure monitor, crawl and cruise control, an eight-inch Electro Multi-Vision display linked up to a whopping 17-speakers.

And finally, we have the Lexus LX. The largest available Lexus SUV and the largest Lexus model is currently available. It is based on the Toyota Land Cruiser 200 and therefore has just about the same capabilities and tools needed to go off-road. 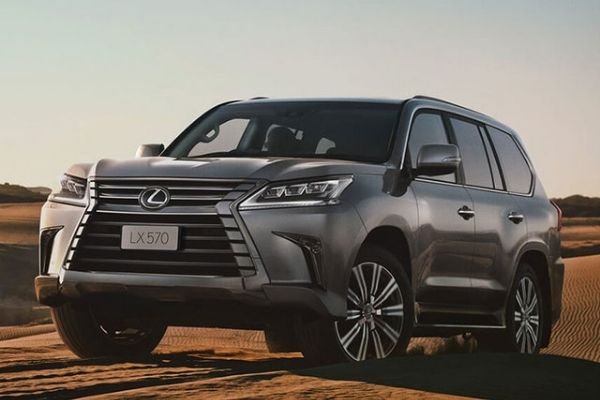 The largest and arguably, the most luxurious Lexus SUV available today

What the plain old Toyota Land Cruiser doesn’t have that the LX has is the level of luxury on the inside like a massive 11.6-inch HD dual display for the rear seats, power-adjustable seats for the driver, front passenger and rear passenger, power lumber support, seat air-conditioning for the driver, a 4-zone automatic aircon system, and a lot of real wood panels.

And oh, the LX has a 19-piece Mark Levinson Surround Sound Audio system.

For more buyer’s guides like this one, keep reading here on Philkotse.com.

If you're looking for a more convenient way to browse Lexus cars, go online, and visit Philkotse.com. The user-friendly site offers a wide selection of new and old Lexus models plus you can enjoy exciting promos and deals. Also, know the latest news, price list, reviews, and information about your other favorite car brands.