May 08, 2017 | Same topic: Newest & coolest car concepts
The new Ford EcoSport 2018 facelift has officially launched in Chinese market with significant exterior and interior updates.
Initially unveiled at 2017 Shanghai Auto Show, the EcoSport is a part of Ford’s global campaign called “One Ford”. Therefore, it can be said that the China-spec model will give us a preview of the updates of global version. 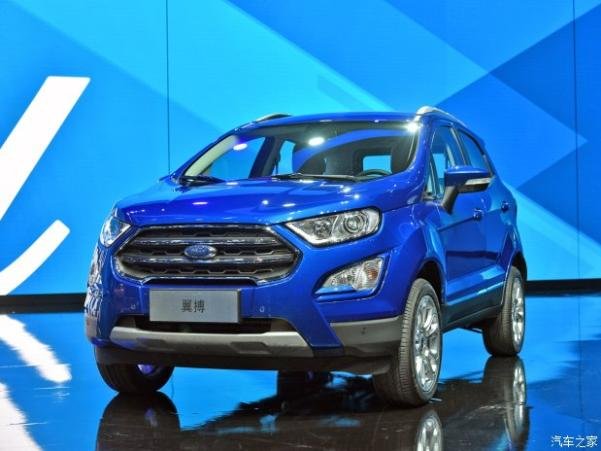 The EcoSport is a part of Ford’s global campaign called “One Ford”.
Up front, the car is equipped with revised projector headlamps with integrated L-shaped daytime running lamps, new fog lamp clusters that now have turned indicators and a new bumper with bigger skid plate. Moreover, the car also gets a new set of 17-inch alloy wheels and the chrome beading for windows. This fresh design brings a sporty look to the 2018 EcoSport like the Ford Edge.

>>> View more: Ford to bring bamboo in your next car

The changes at the rear are slight, just some small tweaks at the taillights and the rear bumper. Like the India-spec version, the China-spec EcoSport is also mounted a spare wheel at the tail-gate. The interior is almost completely refreshed, more refined and more eye-catching.
In China, the 2018 Ford EcoSport facelift is powered by a 2.0L naturally aspirated four-cylinder petrol engine, producing 173 horsepower, mated to a 6-speed automatic transmission. Besides, a 4WD system and an independent rear suspension are also available in this China-spec version.