According to latest car news, Toyota has so far introduced a special replica of its famed pickup Hilux dubbed “Toyota Hilux Bruiser.” The new pickup truck is considered as a full-size version of the classic Tamiya from the ’80s. Still developed by Arctic Trucks team and based on the Hilux Extra Cab, the Hilux Bruiser is definitely a one-off pickup pattern you will truly desire for.

Outside, the new vehicle draws our attention to its high-metallic Diamond Blue vinyl. Even, the “Hog Heaven” livery and other decals have been manually replicated. Also, outstanding tri-color stripes flow along the side profile and border the hood. For the most part, all remind us of the Tamiya. 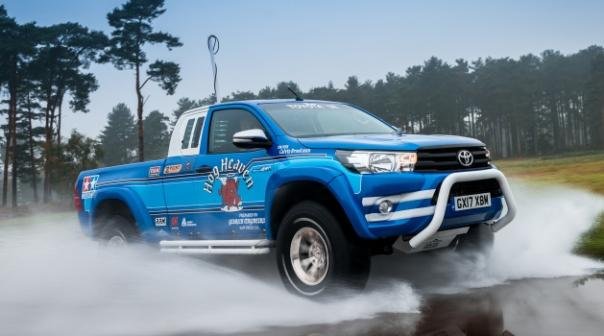 As for the rear, the Artic Trucks creates a unique dome gel alongside an effect duplicated on the raised black window edging. Moreover, the Bruiser also features an AT35 package with 35-inch tires protected by flared wheel arches, revised suspension as well as new gear ratios. 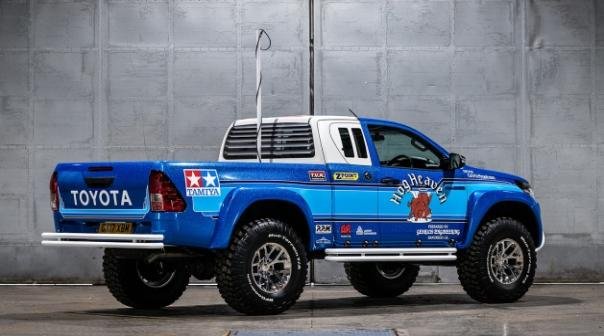 Apart from the Artic Trucks crew, contributing to the success of the Toyota Hilux Bruiser is also Robert Selway – an expert fabricator and model-maker. He has given the car’s load bed a replica on/off switch, rock sliders, tubular bumpers and R-shape body clips. 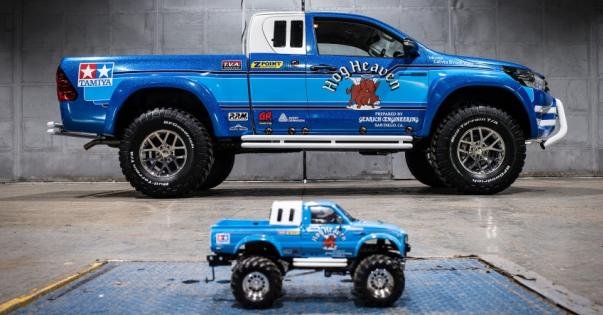 In spite of quite similar look to the Tamiya, under the Bruiser’s bonnet is a 2.4-liter turbo diesel mill, aired to a 6-speed manual gearbox. Undoubtedly, all-wheel drive system comes as standard. Let alone a seemingly toy-like silhouette, the Toyota Hilux Bruiser is street legal and is about to officially enroll in Toyota’s pickup lineup.