Toyota Hilux 2017 to receive an early facelift in Thailand

The changes will allegedly carry over the Toyota Hilux Revo 2017 exterior design, especially the front fascia. Accordingly, the new Toyota Hilux will possess a broadly similar face as its sibling Toyota Tacoma, giving it a more muscular and aggressive silhouette. 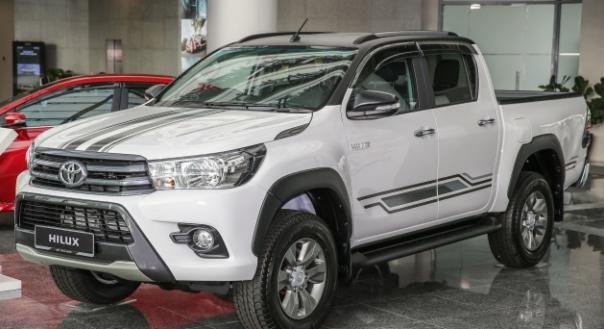 In terms of hardware, this early facelift in Thai market will remain the existing 2.4-liter 2GD-FTV and 2.8 litre 1GD-FTV engines. The interior is given no alterations, either.

The revised Hilux will officially make its way next month in Thailand.

While waiting for a refreshed Toyota Hilux to arrive in our country, let’s look through the current prices of the Toyota Hilux 2017 in the Philippines.