Nissan Sentra B13: A car that stood its ground in the 90s

The Nissan Sentra B13 was and still is a great car. Let come with Philkotse.com to find out the reasons why this car is still favorite.

The 1990s was a magical time for the automotive industry. Sure, cars are much better now, but the 90s was the era when some of the most recognizable nameplates have truly become household names. Like the rest of the world, one of the most dominant cars was the Toyota Corolla. But then again, it was rivaled closely by the Nissan Sentra. 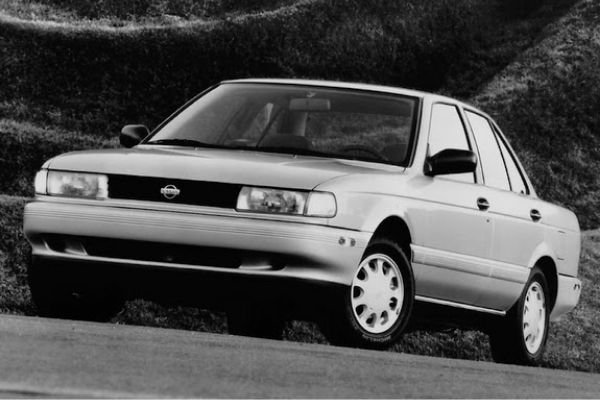 The third-generation Nissan Sentra B13

Now we’ve talked about the Corolla from the same era, which is more commonly known as the Corolla Small Body. It was, however, rivaled by the third-generation Nissan Sentra B13. Like how the Corolla was to Toyota, the Sentra B13 was Nissan’s golden goose. But there was something about this car that made it stand out.

Nissan Sentra B13: A brief history

Before the Nissan Sentra, most cars used a mechanical fuel delivery system, otherwise known as the carburetor. If you’re a “veteran” car guy of the “tito” age, then you’ll know that carburetors were simple, easy to fix, but were rather crude and finicky. The cables that controlled it might loosen up, you had to get the fuel/air mixture right, and sometimes the insides of the carb accumulated dirt and gunk. The Sentra B13 was Simple, boxy, and very compact

Now the alternative was electronic fuel injection (EFI). It was more efficient and more predictable. It was, however, more complicated. It used an electronic control unit, and so was more efficient than a mechanical fuel delivery system. As a result, cars equipped with EFI were a bit pricey.

So initially, its use was relegated to more premium cars. That all changed when Nissan gave this technology to the Sentra B13’s 1.5-liter GA16DE. The said engine powered the top of the line Sentra SuperSaloon and SE Saloon, which were both released locally in 1991.

This was a staggering increase in sophistication for what was considered a cheap compact car. And of course, it also gave the Sentra more in terms of performance. To be more specific, the 1.5-liter DOHC GA16DE made 110 horsepower and 146 Nm of torque, which arguably beat Toyota’s compact car in terms of power output rating. As a result, Toyota reacted to the Sentra’s new engine power when it launched the Corolla 1.6 GLI Limited a year later. 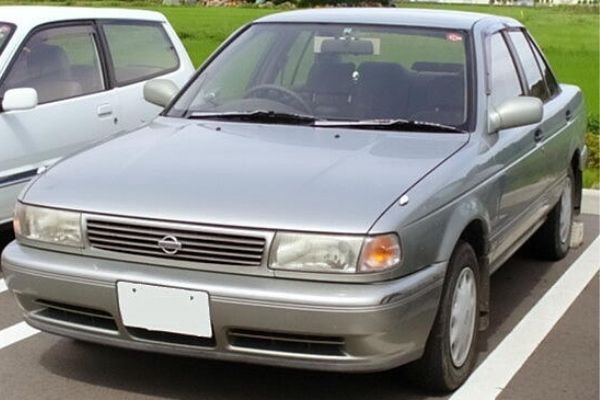 In other markets, It was also known as the Nissan Sunny.

Apart from that, the Sentra B13’s top variant came with several features that other comparable variants from the same era didn’t get. Sure, the Corolla caught up with EFI in 1992, but the Sentra SE Saloon had anti-lock brakes (ABS), and disc brakes all-around. Compare that to the Corolla which didn’t get ABS until 1995. Even the sporty Honda Civic VTI didn’t get ABS when it was released in 1996. So to sum it all up, the Nissan Sentra B13 released in 1991, was unrivaled in terms of car technology.

Nissan Sentra B13: The one we didn’t get

While the Sentra B13 SuperSaloon and SE Saloon were great cars in their own right, we have to talk about the Nissan Sentra B13 SE-R.

Now the two-door Sentra SE-R didn’t get a Philippine release. But we simply have to mention it because it was a Sentra B13 that could actually take on the likes of the Acura Integra, Mazda Miata, and even the Honda CRX. How? Well, that’s because the Sentra B13 SE-R was propelled by the SR20DE inline-4 engine. Yep, it’s essentially the same engine found on Nissan’s Silvia series of cars, the Pulsar GTI-R, and many other models. Note however that those aforementioned Nissan models came with a more powerful turbocharged engine called the SR20DET. The Nissan Sentra B13 SE-R

On the SE-R, the naturally aspirated SR20DE made 140 horsepower and 179 Nm of torque. This enabled the SE-R to accelerate from 0 to 100 km/h in just 7.6 seconds. From the factory, it was also equipped with independent suspension, a limited-slip differential, and disc brakes all around. If that doesn’t make a car enthusiast’s eyes widen then we don’t know what will.

The Nissan Sentra B13: You can turn it into an SE-R

Now the Sentra B13 SE-R, despite having fewer doors, used the same platform as the normal Sentra B13. This means that one could actually swap out the regular Sentra’s engine for the SR20DE. This in fact is one of the most popular engine swaps in the country for Sentra B13 project cars. Some even managed to stick in an SR20DET inside the Sentra B13.

If you’re planning to go the turbocharged route though, please make sure that your Sentra can handle the power. Upgrade and/or repair the brakes, check for chassis deterioration, and you might even need new coilovers. The Sentra B13 after all is an old car.

Do you miss the Nissan Sentra B13? For more articles about old cars from our motoring past, keep reading here on Philkotse.com.