If you ever saw one of the few surviving examples of the Volkswagen Sakbayan running around the Philippines, then you’ll probably be curious, surprised, or overcome with intense feelings of nostalgia.

That’s because as strange and unusual as it looks today, the boxy Sakbayan was a very compelling vehicle when it was released locally back in 1968. It was affordable, and despite looking unusual, it was actually rugged and tough enough to take on the far less hospitable roads back then. That being said, let us explore the Volkswagen Sakbayan and how it introduced a great number of Filipinos to automobile ownership, and motoring in general.

The Sakbayan: The Philippine people’s car

Just like the Beetle, the Sakbayan was known as a “people’s car.” Even its name is a portmanteau of the Tagalog words “sasakyan” and “bayan.” As a people’s car, it needed to be affordable. So to do just that, the said model was actually assembled locally. To do this, complete-knock-down kits of the model were shipped here straight from Germany. Later on, DMG Inc., the local distributor of Volkswagen products at the time, had to change its parts source to Volkswagen do Brasil Ltda. 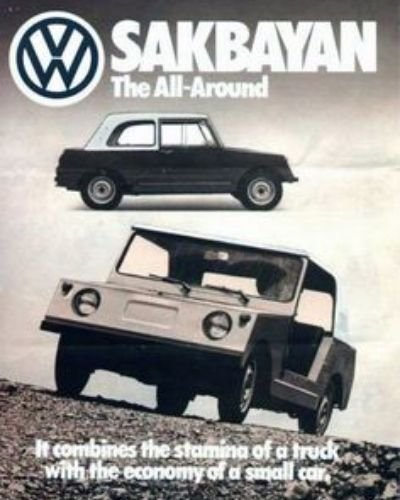 Initially designed for the Australian market, the Sakbayan or the Country Buggy proved to be a tough mudder. It was small, but its mishmash of Volkswagen parts were simple, and easily repairable. Like the VW Beetle, the Sakbayan used a rear-wheel-drive drivetrain, and its engine was mounted in the rear. This provided easy access for maintenance.

And as we’ve said, it shared many parts with the VW Beetle. It even used the same portal axles found on the Type 82 Kübelwagen and the Type 2. As such, these suspension components afforded the Sakbayan an impressive ground clearance of 230 mm. That of course was a boon for many Pinoys, due to the fact that many local roads were less than stellar during the 1970s to 1980s. When DMG had to use Brazil-sourced parts, the Sakbayan grew larger, but its ground clearance was reduced down to just 202 mm.

Under the hood, the earlier Sakbayan models used a 1.6-liter gasoline mill. Later on, the model adopted a more compact 1.5-liter engine. All versions of the Country Buggy and the Sakbayan were powered by air-cooled boxer engines, which were coupled with a four-speed manual transaxle transmission. Unlike their Australian-spec brothers, the Sakbayan was left-hand drive, and its headlights were identical with the VW Beetle.

>>> Related:  Volkswagen Beetle Type 1: The little bug that could 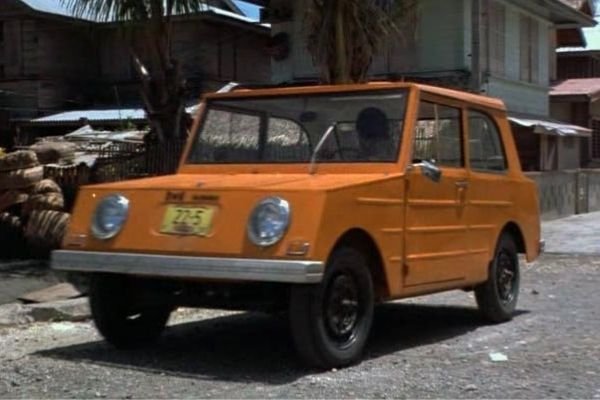 Here's the VW Sakbayan in the 1973 film "Black Mamba, White Mamba", which was filmed here in the Philippines

Aesthetically, the Sakbayan wasn’t built to be pretty. In fact, it might just be the boxiest, most utilitarian looking car that was ever sold here in the Philippines. This made the manufacturing process for its body panels simple and low cost. It didn’t have any aerodynamics to speak of, and even the soft-top version came with a square-shaped canvas roof. Sure, the Sakbayan looks like someone made a car in Minecraft, but that’s just a part of its charm isn’t it?

And of course, we can’t help but mention that the Philippine Long Distance Telephone Company (PLDT) actually used the Sakbayan as a fleet vehicle until the middle of the 1980s. To this end, there was no question with regards to the abundance of Sakbayan’s local availability.

Today however, Sakbayans are a rare sight. Some enthusiasts however have been known to restore Sakbayans, and some examples can even be bought from the used market. So would you like to drive a Sakbayan if given the chance?