Volkswagen Philippines’ current lineup includes a range of sedans to crossovers. More popular models in the market right now are the VW Santana, Lavida, Lamando, Tiguan, and the recently launched Santana GTS. Find the latest Volkswagen Philippines updates and special promotions on Philkotse.com. Learn more about your preferred car brands and models through in-depth reviews, prices, and specifications that you can find here. find out which will best suit your lifestyle.
Volkswagen Philippines price list 2020

The Volkswagen Crafter is a 9-seater, high-ceiling van that was first introduced in 2006. This model replaced one of Volkswagen’s longest-running vehicles, the LT van which had been around since the 1970s. The Crafter derived its looks from another German van created by Mercedes called the Sprinter. The Crafter is one of the most spacious vehicles in the market today, with 6 captain seats laid out individually and a 32-inch Samsung TV. To accommodate your GPS needs, it conveniently features a touchscreen with navigation capabilities. In terms of safety, the Crafter features an electric sliding door that can easily be controlled by the driver and passengers. The van also has window blinds to add an extra layer of exclusivity. Its diesel engine makes it more economical for long drives, adding to the convenience of its physical and interior features.
Learn more View listings
Variants and price list

The Volkswagen Lamando is a midsize sedan that carries the brand’s premium and luxe aesthetic. It sports the typical VW design of clean lines and simple yet refined details. The interior is consistent with the exterior in terms of straightforwardness-- clean and sleek with premium accents. Expect that in true Volkswagen fashion, high-quality materials are used such as leather upholstery on its seats. The Lamando sedan is decked with a touchscreen infotainment system that is capable of Bluetooth and App Connect. Volkswagen also incorporated additional comfort features in this model such as cruise control and Keyless-Go. It has numerous safety features, more than that of the usual sedans in the market today. These, along with multiple other technology and safety features modernize the vehicle’s classic and timeless aesthetic.
Learn more View listings
Variants and price list

The Volkswagen Lavida made headlines in China as the country’s second best-selling model before being launched to the Philippine automotive market. It is a compact sedan that looks similar to the Jetta with a fresher grille and bumper design. It adapts to the current style and aesthetic of Volkswagen vehicles in which headlamps are seamlessly integrated with the grille’s design. The fog light housings of the Lavida are bigger than the Jetta’s, making it merge better with the headlights. In terms of power, the Lavida has a smaller, gasoline engine compared to the Jetta’s diesel. The compact sedan rides on a 1.4-liter TSI gasoline engine with BlueMotion Technology, similar to other compact sedans marketed by Volkswagen. It also carries the brand’s automatic start/stop engine technology that makes the Lavida more fuel-efficient.
Learn more View listings
Variants and price list

The Volkswagen Santana is a German-engineered, subcompact sedan that slots as the replacement for the VW Polo in the Philippines. This model has carried different nameplates since its release in 1984 when Volkswagen launched a three-box sedan. The subcompact sedan is based on the second-generation Passat. Physically, the Santana looks similar to the Volkswagen Jetta. Details such as the headlights and chrome-accented grille are almost identical to that of its compact counterpart’s bumper. The launch of the Volkswagen Santana was aimed to compete with existing subcompact sedans launched by other automotive manufacturers, such as the Toyota Vios and the Honda City. The cabin still has the signature Volkswagen feel and aesthetic with its three-spoke steering wheel. A height adjustment feature for the driver’s seat was added for more comfortable driving. Further on improving the driving experience, the Santana offers an adjustable steering column that allows you to position the steering wheel at a specific height and distance from the body. Additionally, incorporated in the air conditioning system is an improved pollen filter. One of the Santana’s most unique features is that maintenance only needs to be done once a year, at every 10,000 kilometers mileage.
Learn more View listings
Variants and price list

Volkswagen Philippines introduced a follow-up model of the German brand’s best-selling subcompact sedan, the Santana. The new Santana GTS is a station wagon that merges the functionality of a wagon with the compact qualities of the Santana. The upgrade created the ideal utility and travel vehicle. The Santana GTS follows Volkswagen’s current design language of timelessness with its signature long grille and the trademark VW emblem. The headlamps, fog lamp bezels, and the bumper vent designs are refreshed versions of the VW Polo’s. It is also equipped with a sunroof and roof rails styled like a typical station wagon. Inside, the seats are upholstered in a mix of leather and fabric with red accent stitching. The back row seats can be folded to extend trunk space should there be a need for it. To add to its comfort features, the Santana GTS is equipped with a pollen filter included in the air-conditioning system.
Learn more View listings
Variants and price list

Volkswagen Group first introduced the Tiguan in 2007 with a PQ46 platform of the B6 Generation VW Passat. The nameplate made headlines as one of the company’s best-selling vehicles worldwide. In 2018, a second-generation Tiguan was introduced with a refreshed face featuring stronger details and a more comfortable driving experience through new technology. The interiors have also improved from its plain black finishes to the new upgraded, more premium upholstery and accents. The 2018 Tiguan is a compact crossover 5-seater vehicle. Consistent with Volkswagen’s style, it features smooth curves, hood lines, and roof rail that create a tough yet timeless look. Inside, the vehicle is generally all about comfort with its spacious cabin that maximizes legroom, its cruise control feature, and its multi-function drive wheel. The new crossover model also does not lack in the safety department with its climatronic dual-zone air conditioning, keyless-go entry, and exit, push start system, and hill hold system for a safer climb or descent. The vehicle runs on a 1.4-liter gasoline engine paired with a 6-speed dual-clutch transmission.
Learn more View listings
Variants and price list

The Volkswagen Group is the world’s largest automotive manufacturer based in Wolfsburg, Germany. The company was founded in 1936 by Ferdinand Porsche who made headlines for creating the perfect “People’s Car” which is more famously known as the Volkswagen Beetle. The company stood the test of time, coming out of the World War eras and expanding its distribution worldwide. The Volkswagen Group is currently present in more than 150 countries and operating 106 factories around the globe.

Volkswagen first entered the Philippine market in 1958 through its former distributor, DMG Inc. The fruitful partnership brought in-demand VW models such as the Beetle, Kombi, and Transporter into the country. The partnership eventually folded up yet the brand returned to the Philippines in 1996, which brought in the VW Polo Classic and the Caravelle. However, this importer did not last long either.

After years of absence, Volkswagen was re-introduced to the Philippine market through Automobile Central Enterprise, Inc. (ACEI), a subsidiary of the Ayala Corporation and the brand’s exclusive distributor in the country. Volkswagen Philippines was officially introduced in May 2013 under the leadership of Ayala Automotive Holdings headed by Fernando Zobel de Ayala, President and CEO of Ayala Corporation, and John Philipp Orbeta, President and CEO of Ayala Automotive Holdings.

The brand’s current lineup includes a range of sedans to crossovers. More popular models in the market right now are the VW Santana, Lavida, Lamando, Tiguan, and the recently launched Santana GTS.

Find the latest Volkswagen Philippines updates and special promotions on Philkotse.com. Learn more about your preferred car brands and models through in-depth reviews, prices, and specifications that you can find here. find out which will best suit your lifestyle. 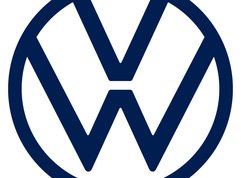 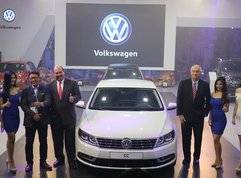 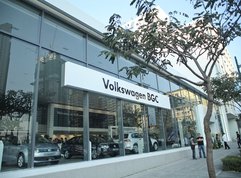 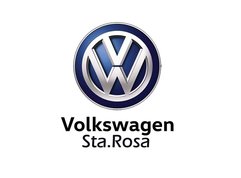