Days before the launch, the prototype version of the 11th-generation Civic gets a preview.

After the 10th-gen Civic’s five-year run, Honda is introducing the all-new, next-generation Civic prototype on November 17, 2020 via Twitch – a gaming live streaming platform. Apart from that, Honda also released a teaser a few days before the said event.

"Something is taking shape"

While the said video is pretty short, we can see that it looks pretty close to the leaked patent images for the next-gen Honda Civic. Honda will be giving it a full redesign, but as we saw from patent images and from the teaser video, the new Civic won’t depart that much from the design of the current version.

It still bears roughly the same roofline, and the same sloping, hatch-style rear end. It does have some minor differences like more rounded corners, as well as wider headlamps.

Based on the teaser video, it’s also getting a new taillamp design. Honda apparently discarded the boomerang-shaped ones from the older version in favor of more regular looking square-shaped ones. 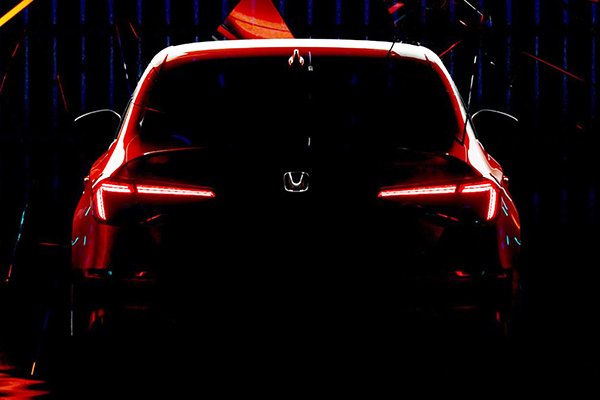 The rear of the 11th-gen Honda Civic prototype

Besides that, the new Honda Civic is also equipped with a trunk lid spoiler, as well as a new tailpipe design. There were glimpses of a new set of black colored alloy wheels as well. Do note though that the Civic featured on the teaser video is a prototype. The one that will be premiering via Twitch is also a prototype as well. On that note, the final production version might look totally similar to the pre-production version.

Apart from its new looks, Honda also gave its word that the new Civic will be well equipped in terms of safety. As such, we can expect it to come with more active driver safety features.

In the company’s own words, this new version of the Civic will also “set the bar” in the compact car market in terms of performance and safety. As for now though, details on the next-gen Civic’s technical specs are merely rumors so we’ll have to wait patiently for Honda to officially reveal that as well. A glimpse of the next-gen Civic's front end

But what about a Philippine version?

As we’ve said in the 2021 Honda Civic expectations article, we’re sure that Honda Philippines will be carrying over the current PH-spec Civic for the model year 2021. As for the production version of the 11th-gen Civic, it will be launched first for the American market sometime in 2021, with other markets to follow. You can expect the all-new Civic to enter Philippine shores in 2022, the soonest.

Currently, the Honda Civic compact sedan is now in its 10th generation. It was first introduced back in April 2016, and currently it has three variants. Under the hood, the 10th-gen Civic for the Philippine market has two engine options. The Civic RS uses a 1.5-liter turbocharge inline-4 that can make up to 171 horsepower and 220 Nm of torque. The second engine option is a naturally-aspirated 1.8-liter inline-4 that can produce a maximum of 139 horsepower and 174 Nm of torque. All variants use a continuously variable transmission, which sends all power to the front wheels.