The dilemma between the Corolla Cross and the RAV4

Which of these would make you cross over to a Toyota?

In a sedan market like the Philippines, crossovers are taking center stage, all thanks to Toyota pioneering the segment 26 years ago with the RAV4. Fast forward to 2020, and not a minute would pass without one catching glimpse of even a single crossover on the street. There’s a healthy selection of them too, from Japanese, American, German, and – incredibly enough – Chinese brands. 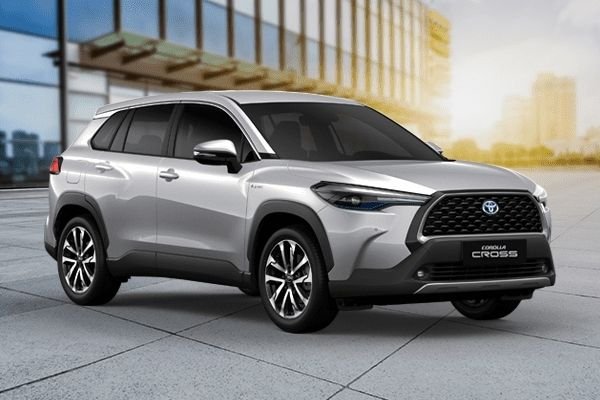 Toyota's latest crossver is banking on the Corolla name

Having originated the first crossover, it would have been unthinkable for Toyota to take things sitting down. For a while, our market pinned its hopes on rumors and sightings of the visually-striking C-HR, even though it was never officially announced. What we did end up getting was the Corolla Cross which, apart from being the C-HR’s more practical half, is also leaning on the world’s best-selling nameplate. An automaker marketing more than one crossover is nothing new, and with a brand as established as Toyota, the challenge is in deciding which would be the better purchase. 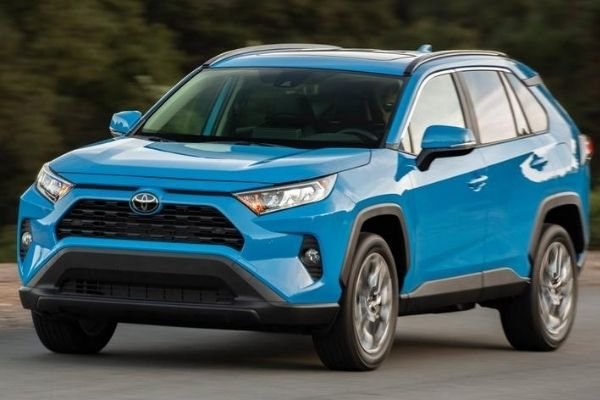 Both fall squarely within the compact crossover class, riding on the same Toyota New Generation Architecture (TNGA) platform that also underpins the Corolla Altis sedan. The Toyota RAV4 comes in at 4600 mm long, 1855 mm wide, and 1685 mm high, with a wheelbase of 2690 mm. That’s quite a leap in dimensions even from the first generation’s five-door trim, which had a 190-mm ground clearance compared to the current model’s 176 mm.

As the bridge between the RAV4 and the Rush mini SUV, the Corolla Cross is 140 mm shorter, 30 mm narrower, and 60 mm shorter, with a more compact 2640-mm wheelbase and sitting even closer to the road at 161 mm. 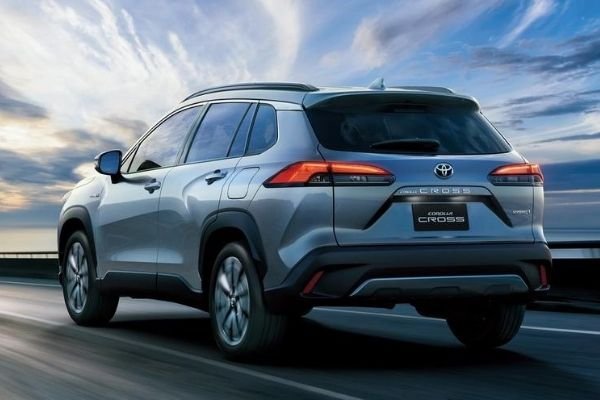 Even the aesthetics are markedly different, with the RAV4’s busier-looking fascia contrasting with the Corolla Cross’ simpler frontal layout (the angry catfish look notwithstanding). LED headlamps are standard on both models. The lines and angles on the RAV4 are evident, compared to the more subdued shape of the Corolla Cross.

The presence of body cladding is par for the course, and the RAV4’s roofline terminates in a spoiler over the liftgate. Wraparound LED tail lights punctuate the rear end, with twin tailpipes on the RAV4 boasting that sporty vibe. Both vehicles ride on 17-inch wheels, with 18-inch alloys reserved for the top-spec variants. 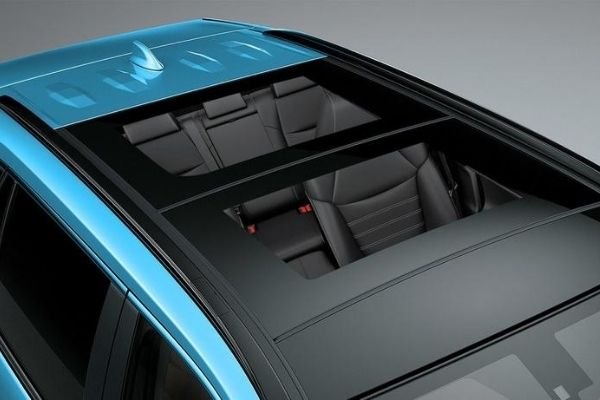 Up to five occupants plus cargo can be accommodated in their respective cabins, with a split-folding 60/40 rear bench allowing access to the rear compartment. While the RAV4 still uses a manual air-conditioning system on its base trim, the Toyota Corolla Cross offers automatic climate control across the range, with dual-zone function on the higher-spec variant.

The convenience of push engine start is another standard feature on the Corolla Cross, along with smart entry. Both the RAV4 and Corolla Cross feature a three-spoke leather tiller, with the latter having more features, but more on that later. 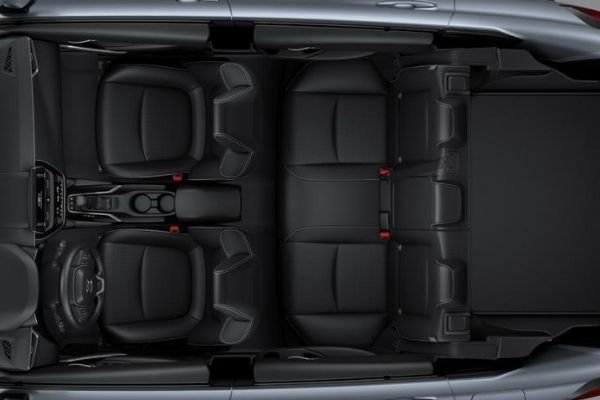 For in-car entertainment, the RAV4 uses a floating-type 7-inch touchscreen, with connectivity options including USB, AUX input, and a proprietary T-Link mirroring software for both Apple and Android smartphones. Onboard Bluetooth can connect up to two phones for communications, while five phones can readily stream music to the head unit. The base Corolla Cross has a similar setup on a smaller 6.8-inch screen.

But in an era of media streaming, the CD/MP3 player it carries over from the RAV4 is now rather dated by comparison, which is why the range-topping Corolla Cross HV completely ditches it in favor of Apple CarPlay and Android Auto on a bigger 8-inch interface. 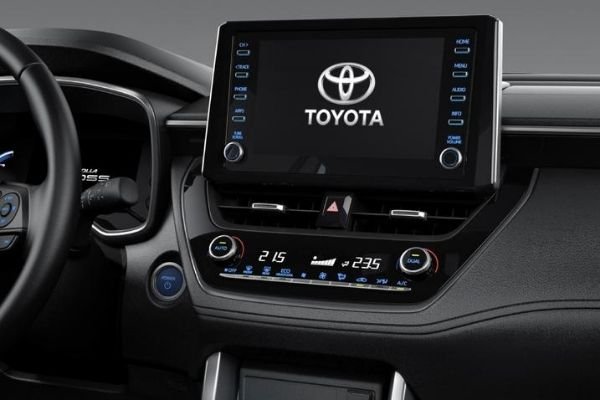 Propelling the RAV4 forward is a 2.5L Dual VVT-I inline-4 gasoline engine generating 203 hp and 243 Nm of torque, linked to an 8-speed automatic gearbox that Toyota calls Direct Shift. Meanwhile, the Corolla Cross houses a standard 1.8L gasoline engine that makes 138 hp and 172 Nm of torque. But that’s just the base G variant, with the upper-spec HV packing a same-sized engine delivering 97 hp and 142 Nm of twist.

The more modest output is supplemented by an electric motor contributing 71 horses, for a total system output of 120 hp. A continuously variable transmission (CVT) is standard on the Corolla Cross range. Front MacPherson struts take care of ride quality on both the RAV4 and Corolla Cross, with rear double wishbones for the former and a rear torsion beam for the latter. 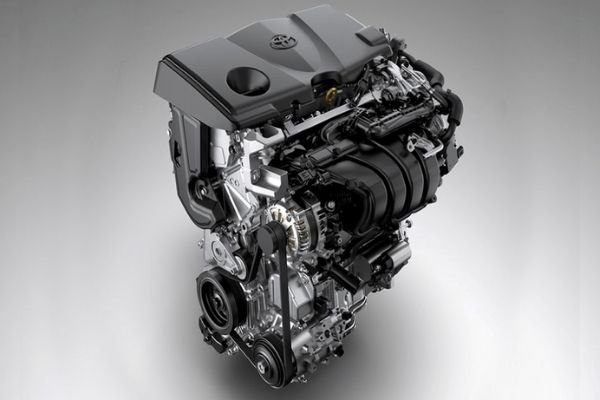 The RAV4 uses a 2.5L Dual VVT-I gasoline engine across the range

On paper, the RAV4 comes with an array of safety features one can reasonably expect in its class, such as anti-lock brakes, seven airbags, vehicle stability control, cruise control and hill climb assist, as well as rear cameras and surround sensors. The top-spec Corolla Cross offers the same equipment loadout, but where it truly has a leg up on the RAV4 is the presence of Toyota Safety Sense, with driver-assistive features including a Pre-Collision System, Automatic High Beam, Adaptive Cruise Control, Lane Tracing Assist, Lane Departure Alert, and Steering Assist. 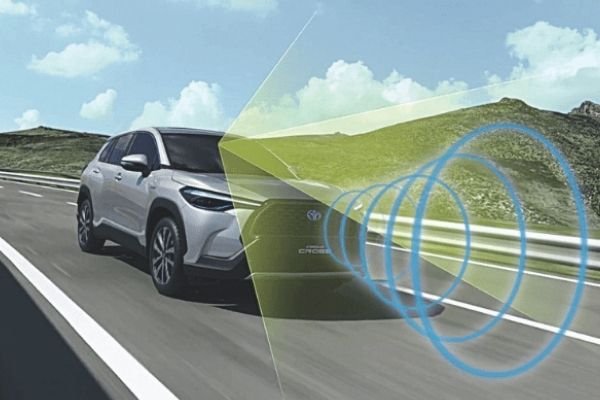 From its roots as a fun little romper back in the day, the RAV4 has certainly grown, figuratively and literally. It’s different now, akin to a pro athlete trading the sports equipment for a suit and tie, growing a slight pot belly along the way. The low ground clearance is a disappointing giveaway that the RAV4 is now more sedate than sporty, and losing the all-wheel drivetrain doesn’t help matters one bit. 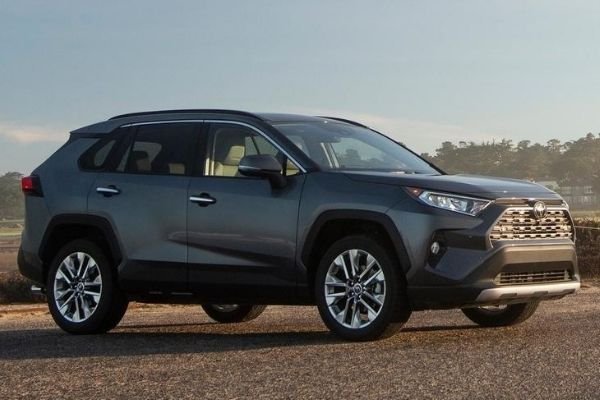 The RAV4 has outgrown its original, fun self

The C-HR is what the RAV4 could have evolved seamlessly into, but at least we get the Corolla Cross, its mirror image with an eye for practicality. It has an even lower ground clearance than the RAV4, but being the first of its kind, the Corolla Cross comes with very little expectations attached for now, apart from being a Corolla in both name and spirit.

It packs more sophisticated safety tech packed in a less fussy exterior, possessing the efficiency of a hybrid, and the smaller dimensions send the message that crossovers need not be longer or wider to be big on excitement. As for that grille, we hope a mid-cycle refresh comes up with something better.

Can’t decide between two or more car models? Philkotse.com helps you decide on which set of wheels to get.

The local crossover segment is getting even more exciting as Toyota Motor Philippines launched the all-new Corolla Cross. It is a five-seater crossover that’s available in two variants with a starting price of Php 1,285,000 for the gasoline-powered Corolla Cross while the Hybrid version is priced at Php 1,650,000. Designed as the stylish urban vehicle, the Corolla Cross combines Toyota’s signature “QDR” (quality, durability, and reliability) with style and functionality. Its hybrid electric variant further realizes Toyota’s vision of sustainable mobility and makes self-charging hybrid technology more accessible to Filipinos. The Toyota Corolla Cross was initially launched in Thailand and shared the same Toyota New Global Architecture (TNGA) platform with the 12th generation Toyota Corolla Altis. The new crossover is the same as the sedan it is based on that is available with a hybrid power plant.