How we would spec the PH-bound Toyota Corolla Cross

Following the local launch of the latest Vios range, Toyota Motor Philippines (TMP) has confirmed that it will be bringing in the Corolla Cross for the local market.

The announcement comes less than a month after Toyota unveiled its Corolla-based crossover in Thailand. From the looks of it, we won’t have to wait for long, as sources within the company hint at a late August to early September arrival. Toyota's Corolla Cross will reach our shores before the year ends

As you can expect, the news is akin to pouring high-octane gasoline into the bonfire that is the B-segment crossover wars. The segment hardly lacks contenders who are all eager to get a slice of the market pie, from established mainstream brands to newcomers barging in with their competitive prices and aggressive feature set. Toyota is no stranger to the crossover class, having practically founded it with the RAV4 26 years ago. In fact, the model remains very much a part of Toyota’s local lineup.

In terms of an official release, the Corolla Cross takes the place of the much-hyped C-HR crossover. Both vehicles were jointly developed to complement each other, with the former being marketed as the more practical of the two.

Slotting in between the RAV4 and the Rush, the Thailand-spec Corolla Cross comes in four variants, three of them hybrids. Word is that only two variants, the 1.8G, and 1.8 HEV (for hybrid electric vehicle) will be made available in the Philippines, so we draw up a veritable wish list of specs for the PH-spec Corolla Cross.

>>> Related: 2021 Toyota Corolla Cross debuts for those who want a normal C-HR

The two variants will definitely share the same dimensions, with the entry-level G sporting halogen headlamps with daytime running lights and the upper-spec HEV equipped with more sophisticated LEDs with light guides. Power side mirrors will be standard on both trims, with the HEV getting an auto-folding feature. 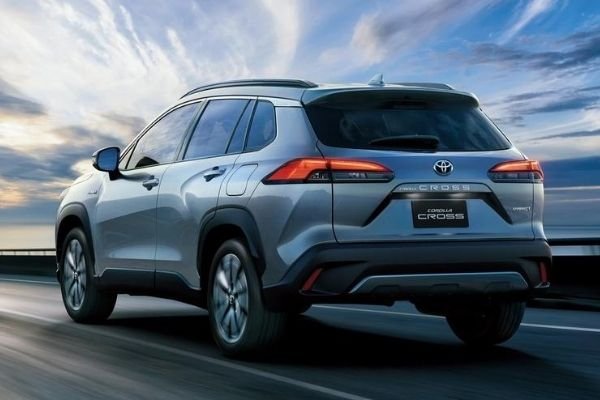 Tail lamps on the HEV will likely be LEDs as well, flanking a smart tailgate that’s activated by swiping your foot under the bumper-mounted sensor. We predict the G riding on 17-inch alloys, while the HEV gets bigger 18-inch wheels.

Both variants will share an identical cabin, differentiated only in terms of trim elements and amenities, with the G decked out in black and the HEV getting the two-tone Red Terra Rossa and black palette. Leather upholstery might be limited to the HEV trim, as well as piano black material for the center console. Seating for five is standard, with 8-way power-adjustable driver’s seats on both as well as a 60/40 split-fold rear bench. 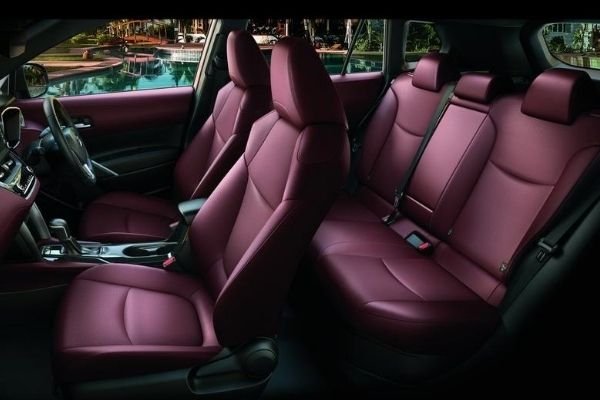 Expect ample interior space for up to five occupants and cargo

Power features should be expected on both variants, with the HEV getting a retractable sunroof. Both will feature a multi-function information display on the instrument panel, measuring 4.2 inches on the G and a bigger 7 inches on the HEV. Push engine start is likely standard, as well as a 9-inch touchscreen, Display Audio, with Apple CarPlay and Android Auto part of the HEV’s suite.

The G, being the base trim, will be powered by a 1.8L DOHC 16-valve gasoline engine that makes 138 hp and 177 Nm of torque, mated to a 7-speed continuously variable transmission (CVT). 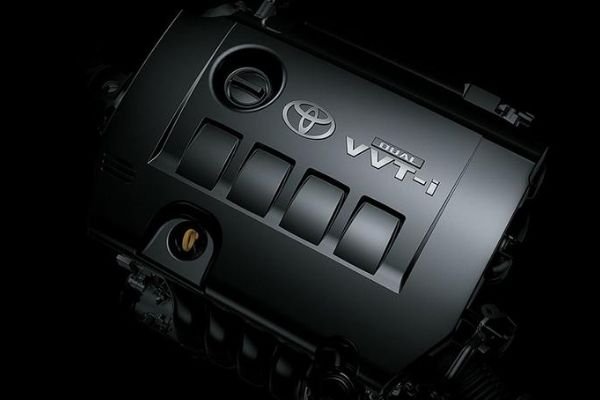 The entry-level variant gets the conventional gasoline engine

Meanwhile, the upper-spec HEV will run on a 1.8L Atkinson cycle gasoline engine capable of 97 hp and 142 Nm of torque, paired with an electric motor-generator that makes an additional 72 hp and 163 Nm of twist. Power is transferred to the front wheels via an E-CVT with a shift lock. Electric power steering and four-wheel disc brakes are par for the course between the two.

Toyota says that it has the Honda HR-V in its sights, which costs between Php 1.3 to 1.51million, so this gives a ballpark figure in terms of the new crossover’s expected pricing. We can’t wait for the Corolla Cross to see which features Toyota will be offering for local customers.

Get a glimpse of more new car models at Philkotse.com.