The 2018 Volkswagen Atlas has won the Top Safety Pick Award from IIHS.

Recently, thanks to the optional forward collision warning as well as auto emergency braking, the all-new Volkswagen Atlas has passed a series of crashworthiness test to receive the Top Safety Pick for 2017 Award from the Insurance Institute for Highway Safety (IIHS). 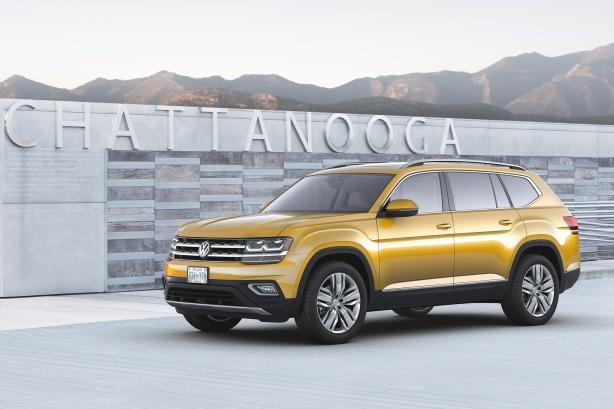 As reported, the 2018 VW Atlas got requisite good ratings in 5 crash test categories, including:

In addition, the SUV is also appreciated by the auto emergency braking system which surpasses IIHS' required standard of advanced for front crash protection.

"In the 12-mph IIHS track test, the vehicle avoided a collision. In the 25-mph test, the impact speed was reduced by 17 mph. The system also has a forward collision warning component that meets National Highway Traffic Safety Administration criteria," commented IIHS officers. The SUV is also appreciated by the auto emergency braking system

Regretfully, the Atlas made us disappointed by its headlights performance. As a result, it couldn’t achieve the Top Safety Pick+ rating. Instead, that prize belonged to other rivals in its midsize SUVs segment like the Honda Pilot, Hyundai Santa Fe, Mazda CX-9 and the Toyota Highlander on the market.

In spite of earning this prestigious Award, the 2018 Volkswagen Atlas hasn’t been tested by the National Highway Traffic Safety Administration (HHTSA) in its Five-Star Safety Ratings program.