Sneak preview of Volkswagen T-Roc ahead of IAA 2017

This Volkswagen’s baby SUV is speculated to premiere at 2017 IAA in September.
Only a few days after the Volkswagen Polo’s world debut, the first image of the T-Roc has been revealed in the Car And Driver, an Australian magazine.

The production Volkswagen T-Roc is far different from the 2-door convertible concept which was shown off at Geneva International Motor Show in 2014. Instead, the T-Roc is a proper 5-door SUV which resembles the Audi Q2 and adopts a more conventional design. 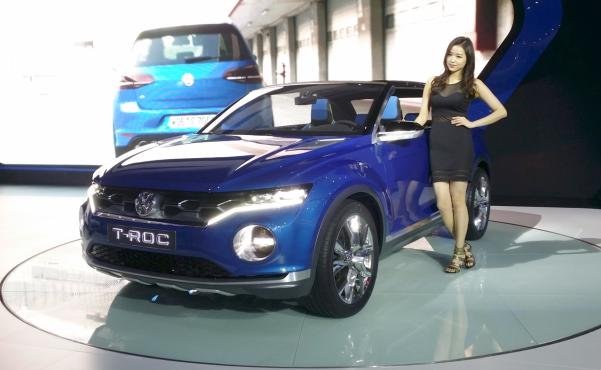 The production Volkswagen T-Roc is far different from the concept which was shown off at GIMS 2014
Based on the MQB A1 platform, the Volkswagen T-Roc has a length of 4,300 mm, a ground clearance of 157 mm (15 mm higher than the Volkswagen Golf) and a 412-liter luggage trunk. Some sources say that Volkswagen will give its smallest SUV a low-travel suspension with adjustable dampers and an all-wheel drive system.

>>> 2018 Volkswagen Tiguan is speculated to arrive at US dealerships this summer with updated version of the 2.0-litre TSI engine. Read full our article to find out more details. 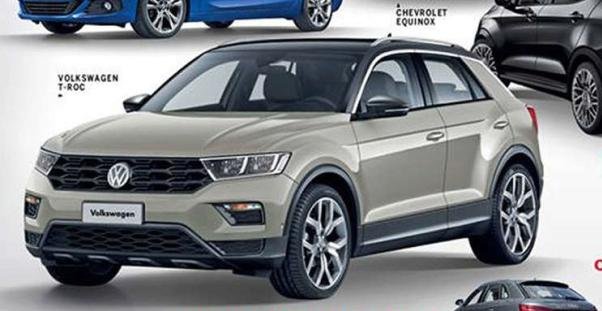 The Volkswagen T-Roc will be on the production line at the Palmela facility in Portugal this August after the successful testing in China and Europe. After that, it will officially be introduced at 2017 Frankfurt Motor Show (IAA 2017) on September 12.