Feb 14, 2020 | Same topic: Best advice for car buyers
A list of the best two-seater cars we think can also double-function as your wing-man.

Top 5 two-seater cars: It only takes two to tango

While two-seater cars were more popular in the yesteryears of the ’80s and ’90s, these smaller vehicles will always have a place in the hearts of many car guys due to the fact that these vehicles are agile, very sporty looking, and are most often equipped with powerful engines.

In short, track beasts. As such, many two-seaters, in both coupe and convertible configurations, are still present today here in the Philippine market.

Among these are the likes of the Subaru BRZ/ Toyota 86, the Toyota GR Supra, the BMW Z4, and many others. 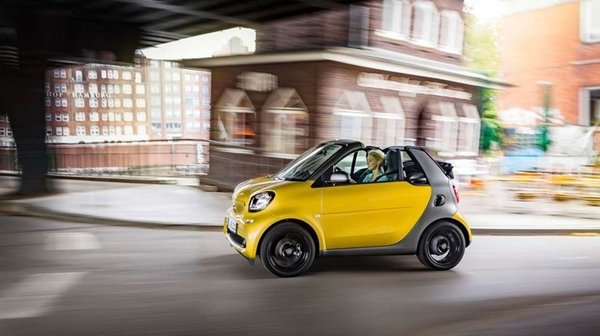 Top 5 two-seater cars: It only takes two to tango

For this valentine’s day, however, we’re choosing our top five list of two-seater cars that won’t scare away potential dates by virtue of being cute, non-threatening, comfortable to ride on, while not totally boring in terms of driving.

And yes, two out of the five we’ve chosen are particularly hard to find due to being discontinued but that’s just the way we roll because we’re sticklers for Kei cars.

While Suzuki, in general, isn’t exactly known for their sporty cars (the bikes and their hill-climb cars are other stories), there was actually a time when they too had aspirations to become associated with sporty cars.

That materialized with an unnamed concept car that they brought to the 1989 Tokyo Motor Show. A couple of years later in 1991, Suzuki presented to the world the Suzuki Cappuccino.

Like many Suzuki cars, the 2-seater Cappuccino was designed mainly for the Japanese market. It met the Kei-class standard and so was subject to lesser road tax than normal-sized cars. 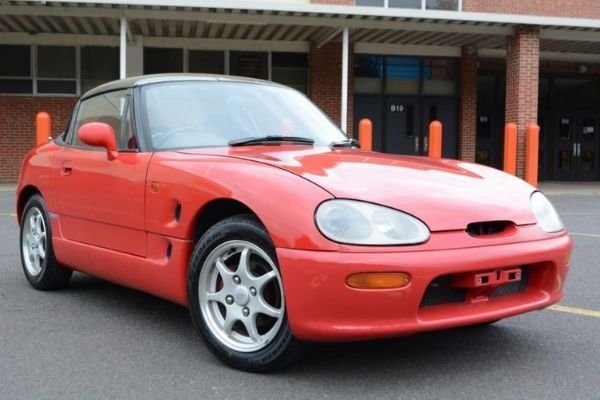 Being a Kei-class car, the Cappuccino 2-door roadster only had a turbocharged 657-cc, DOHC, the inline-3 engine which incredibly enough can rev up to 9,300 rpm.

So, despite the three-banger, the Cappuccino had a very wide powerband.  In addition, the Cappuccino was very light and it also had a front mid-engine, rear-wheel-drive configuration making for a car with a near-perfect 50/50 weight distribution.

>>> Find out: Front Wheel, Rear Wheel or All-Wheel drive: Which is better? 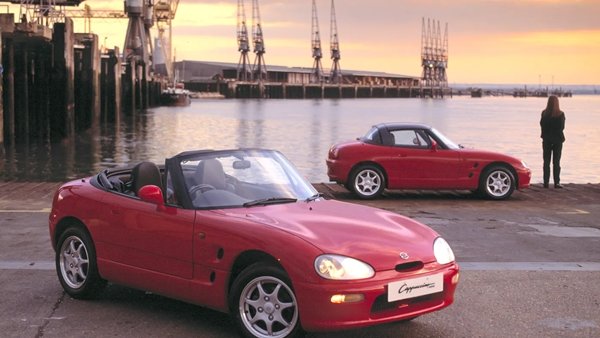 In terms of looks, the Cappuccino displays round features and soft edges which of course were a hit with a lot of people. It still is too.

The Mazda Miata MX-5 is no stranger to being called “cute”. This is especially true with the 1st-generation NA versions which were even dubbed as a “hair dresser’s” car.

While that stereotype is now gone with the Miata marque in general, the current Miata is still very much, a very cute car.

Upfront, it looks like this energetic, Genki, fanged, cutesy anime girl who’s always greeting you with a smile. So in essence, it's still a very “cute” car. 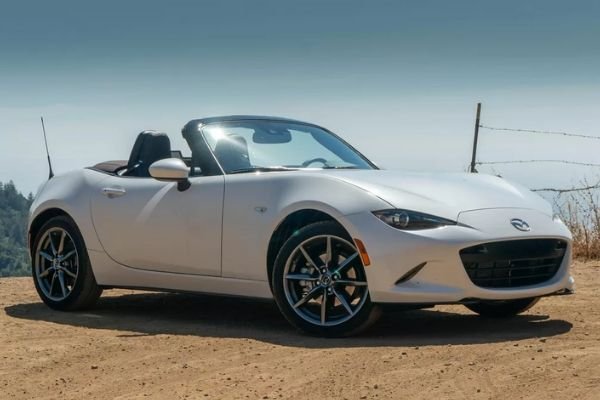 Essentially a car that's happy to see you

With regard to the current, 4th-generation ND, the Miata has also improved mechanically. Its 2.0-liter gasoline engine is more powerful and of course, it has more in the way of features, both for entertainment and for safety. Something your date will like very much.

While being more basic, we still recommend the 1st-gen Miata for all you broskis out there. Why? Because it has a pair of pop-up headlights that you can modify to “wink” that’s why. Funny? Definitely. Cute? Maybe. Creepy? Sure. So be careful where you use it and with whom.

While it is indeed bigger than those aforementioned cars, the S2k was also a two-seater, also very light, and thus also very sporty.

Despite being powered by a two-liter engine, the S2000 is most notable for providing the best horsepower to the mass ratio in a naturally aspirated car.

And up until today, 2020, that record still stands thus making the Honda S2000 one of the MOST coveted cars amongst many automotive oriented circles. 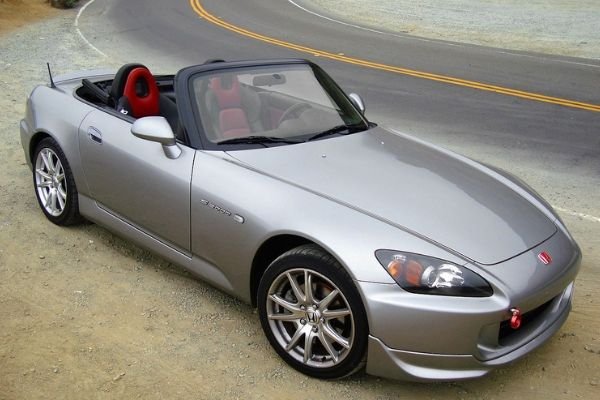 Among the cars on this list, the S2K is huge. But compared to sedans, it's still tiny

Also, the AP1 S2000 came with a Torsen limited-slip differential and a six-speed manual.

And lastly, like the first two cars in this list, the Honda S2000 is actually a convertible, which is, of course, a very useful feature when your goal is to have fun whilst driving with the person of your dreams.

>>> You might concern: [Philkotse tips] Top 10 valentine's day gifts for a car lover

For the first non-convertible car on this list, we settled for something small and cute. Well, at least something significantly smaller than most of the vehicles listed here. Regardless, it has several “cabriolet” variants.

Now hold on, before you bounce off, let us first tell you that the Smart ForTwo is actually a great date car. Like the rest on here, it’s pretty chill looking. Definitely modern but not intimidating looking or anything like that. The new one is very modern looking. But still...pretty "kawaii"

Made by Daimler AG’s Smart division, the Smart Fortwo has been around since 1998 with the latest being the Mk III which came out in 2014. It’s got a number of engine options, the most surprising of which is a 799cc, inline-3 turbo diesel capable of producing 41 horsepower.

While very small indeed, the current Smart ForTwo actually has a five-star rating with the Insurance Institute for Highway Safety.

On top of all that, and in context with valentine’s day, the ForTwo’s interior space is small but comfortable enough for you and your date to whisper sweet nothings to each other within easy reach.

>>> The best Smart Fortwo and other Smart cars are waiting right here!

Out of all the cars from this list, the Autozam AZ-1 is probably the rarest, and for some, the cutest two-door car to have ever graced the world of cars.

And while it’s a bit larger than the Cappuccino, the AZ-1 still qualifies as a Kei-class car. What makes the AZ-1 stand out though is its rear motor-rear wheel drive configuration, plus its gullwing doors. While very awesome, the AZ-1 like most the Suzuki Cappuccino and the Honda S2000 have discontinued and no longer available anywhere. Sure, there are still used examples but good luck finding one especially here in the Philippines.

By virtue of being very small, the AZ-1, like the ForTwo, provides a small and snug interior space that can help you become more familiar with whoever your valentine’s day date is.

The drawback of the Autozam AZ-1, however, it that it’ll quickly turn your date into a car guy question and answer session. That is if you get cornered.

For more fun but informative articles like this one, keep reading here on Philkotse.com.