The success of Geely’s Coolray subcompact crossover in the Philippine market came as a surprise, if not a complete shock. Given the initial trepidation among buyers due to its Chinese origins, Geely managed to win them over with Euro-inspired styling, well-appointed interiors, sophisticated technology, and unexpectedly spirited performance. All of that, at a relatively affordable price point of between Php 978,000 and Php 1,198,000. And that’s with little advertising effort on Geely’s part. To date, the Coolray has surpassed expectations, overtaking four other car brands by single-handedly besting the number of their total combined units sold in June this year, defying COVID-19’s effect on car sales.

But despite Geely Philippines’ aggressive expansion program that aims to have 30 nationwide dealers operational by 2021, as well as having an established corporate partner for its operations, there are those who are still skeptical. As the brand is still a relatively new player in the market, concerns over after-sales service, parts availability, and overall long-term reliability still weigh heavily in the minds of many potential customers. For those who prefer the relative safety of more mainstream offerings, here are eight alternatives to the Geely Coolray.

Sure, it’s a bit pricey, but the Mazda CX-3 is one of only two models on this list that is sourced straight from Japan, which people tend to associate with the impeccable build quality and attention to detail. It doesn’t have the Coolray’s razor-sharp lines, and it might be getting on in years, but the award-winning Kodo design language still makes the CX-3 a sight to behold. Perhaps the biggest selling point of the CX-3 is its SKYACTIV suite of technologies. A 2.0L SKYACTIV-G engine with direct injection pumps out 148 hp and 195 Nm of torque, paired with a SKYACTIV-DRIVE 6-speed automatic transmission. SKYACTIV-VEHICLE DYNAMICS provides torque vectoring for greater control at corners, while the SKYACTIV-Body uses high-tensile steel in critical areas for optimum rigidity. An all-wheel-drive option used to be available, but these days the CX-3 is strictly front-wheel-drive.

The Honda HR-V has gone a long way from the first-generation model’s oddly-shaped machine, with the second generation carrying a more visually-cohesive design. Unlike the Coolray which offers LED headlamps only on the top-spec Sport variant, Honda has made it standard equipment on both its E and RS trims. 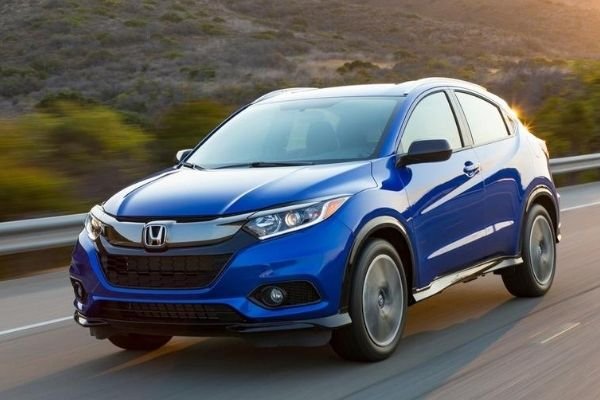 Being a Honda, one of the HR-V’s strengths is its versatile interior, with the onboard seating for five occupants easily configurable into Utility, Long, and Tall Modes to fit a variety of cargo. It even has a generous 430 liters of space behind the rear seats by default, larger than the Coolray’s 330-liter capacity.

If you’re in the mood for something that’s a little more quirky-looking, the Nissan Juke is right up your alley, another Japan-sourced model on this list. The second-generation looks a bit more refined, although there’s no word on when it will be available here, so the first-generation is still in Nissan’s local lineup. Its design might inspire more than a few grins, but despite that near-comical fascia, the Juke plays host to some serious tech. 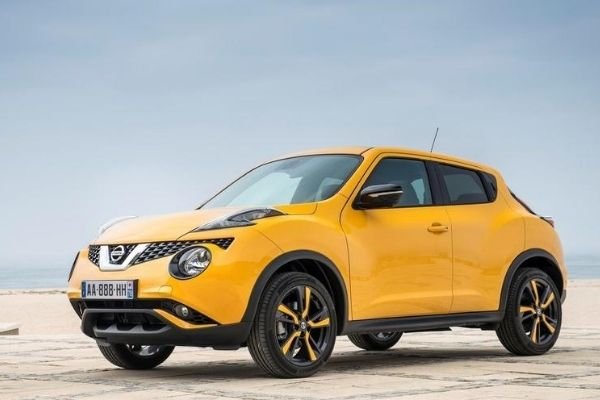 The Nissan Juke is more sophisticated than it looks

An intelligent key enables ingress into the cabin without so much as needing to press anything on the key fob. There’s full automatic climate control in the cabin, and the illuminated glovebox is a practical touch that lets you avoid digging around cluelessly. A 2-DIN touchscreen display audio is standard, and the onboard I-CON System gives you control over the Juke’s different driving modes.

A little on the bulbous side, the Chevrolet Trax is nevertheless a decent subcompact option from the Golden Bowtie. The small dimensions make it easy to maneuver through city traffic, helped by electric power steering which, incidentally, also features tilt and telescopic adjustment. The dark gray interior might also be preferable to those who are not exactly fans of the Coolray’s red cabin trim. A 7-inch MyLink touchscreen head unit makes it easy to pair smartphones using Apple CarPlay and Android Auto capability. The Trax only comes in front-wheel-drive, but it does have a Rear Wheel Boost function that increases the braking force in the rear wheels that have no braking traction. Roll Over Mitigation is another nifty feature that prevents the vehicle from turning turtle, using stability control and anti-lock brakes to apportion torque to individual wheels.

Whoever designed the Ford EcoSport must have been given a hefty raise, as the rather tall design has aged well, needing only a tweaked fascia and rear end. The top-spec Titanium trim has automatic projector headlamps and rain-sensing wipers, two features absent on the Coolray. The rear-mounted spare tire, although a bit old-school, adds to the SUV vibe. 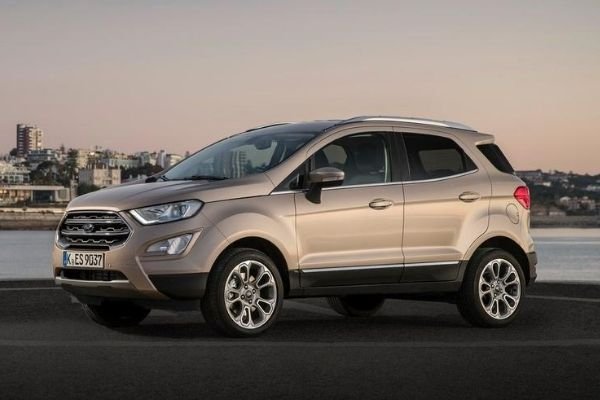 Thankfully, Ford saw fit to equip the EcoSport with a bigger 8-inch SYNC 3 touchscreen over the tiny screen on the previous version. The 1.0L EcoBoost engine has the same three cylinders and turbocharging as the Coolray’s mill. Not as powerful, but it does have Auto Start-Stop technology to increase efficiency. And for those who want a greater degree of control on their shifts, the EcoSport has manual transmission variants.

The Hyundai Kona certainly turns more than just a few heads, with its split-headlamp design, vibrant color options, and overall sporty air. It’s only a mere 5 mm wider than the Coolray yet shares the same wheelbase, which translates into more or less the same amount of legroom for occupants inside. 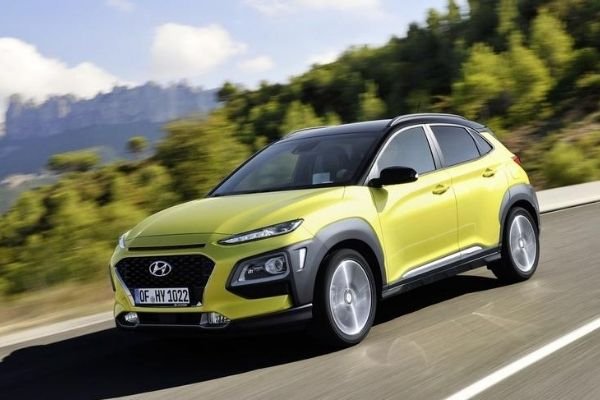 The Hyundai Kona also has hybrid and EV versions

The lone Kona variant is powered by a 2.0L Atkinson-cycle Nu engine with multi-port injection, enabling the relatively large power plant to achieve a fuel consumption of 22 km/liter. Plus, the Kona’s 170 mm ground clearance brings it a little closer to the ground, translating into agility when tackling corners.

It might be quite the underdog now, but the Kia Seltos is still worthy of consideration. It’s one of the newest entrants to the subcompact crossover game, and it brings plenty of things worth watching. The trademark tiger-nose grille looks more grown-up compared to previous executions, flanked by large LED headlamps. The squared-off fenders complement the rear haunches to give the impression of muscle, and the Seltos even somewhat mimics the Coolray’s two-tone body color. Seating for five is standard inside the cabin, with 433 liters of cargo space out back that’s expandable by tucking in the 60/40 split-fold rear seat. An 8-inch touchscreen features MP3 playback capability and USB connectivity, with Apple CarPlay and Android Auto. The 2.0L inline-4 gasoline engine powers the front wheels with 147 hp and 179 Nm of torque.

Okay, so MG is another Chinese brand, technically speaking. But happy MG ZS owners choose to look at the marque’s British heritage. And truth be told, you’d be hard-pressed to find anything else that offered this much kit for less than a million pesos.

The styling is subdued but far from boring, with the Stardust grille flanked by London Eye projector headlamps. Built-in roof rails make mounting exterior carriers a breeze. The ZS sports two-tone alloys on the top-spec Alpha, but the 10-spoke wheels on the lower trims make the subcompact crossover look more substantial. 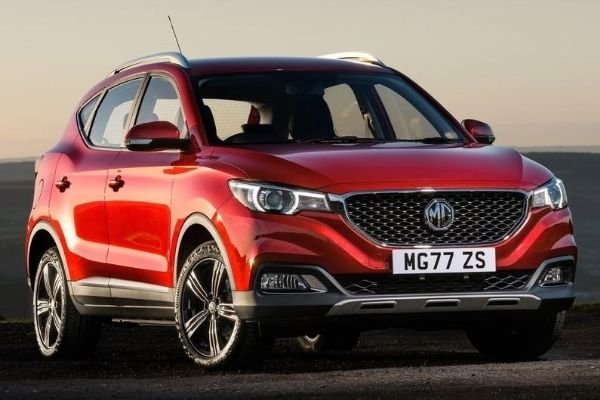 Despite the presence of faux carbon fiber, the interior is tastefully done, with the panoramic Stargazer sunroof occupying pride of place. An 8-inch touchscreen infotainment display offers Apple CarPlay as standard. Power from the 1.5L gasoline engine is best described as adequate, mated to a 4-speed automatic with Tiptronic function.

A Brake Disc Wipe feature dries the brakes after the ZS has waded through floods, while an array of six airbags complements the vehicle’s array of safety features from traction control and electronic stability control to cornering brake control and hill start assist.

We give you more alternatives to the market’s best-selling models at Philkotse.com.