How's Traffic in NLEX doing right now? Read on our NLEX Traffic Advisory to find out the current traffic situation, estimated travel times, and some tips on surviving the journey.

Those of you who are either planning to go out of Metro Manila or coming into the metro during Undas, you might already be familiar with what you’re getting into on expressways like the North Luzon Expressway (NLEX).

There’s the longer than usual lines on tollbooth plazas, and slower travel times on the highway itself due to the increased number of vehicles. Heck, expect even the lines at the stores and comfortable rooms along the NLEX to be longer.

Even with no holidays around, vehicular traffic along NLEX is noticeably increasing; you'll feel this especially during the morning rush and the mad homeward scramble at night. NLEX: The gateway to the North

For those who’re not used to it, especially the first-timers who’re planning to do the trip by driving, then this article is for you. We’ll be presenting an overview of the Traffic in NLEX, its current state, how it has fared during past Undas seasons, estimated travel times, and where you can find real-time traffic updates.

We’ll also give you some tips to keep you alert when driving on long stretches.

Back in 2018, the Metro Pacific Tollways Corporation or MPTC, the company managing NLEX and other expressways leading to and from Metro Manila, had a lot of preparations for All Saints’ Day.

They launched programs such as “Safe Trip Mo Sagot Ko” which provided assistance to motorists, apart from several expansion and enhancement projects to address the increased traffic volume.

This year, MPTC is once again preparing for expected traffic rise during the Undas weekend. The Balintawak toll plaza will be fully operational with all 24 booths activated. The tellers will also be issuing pre-encoded tickets for smoother, faster transactions.

The company will also be deploying more teams to respond to emergencies. There will also be more patrols, and the lane management teams will be on full alert.

On regular days, the usual congested parts will be those leading up to the Balintawak toll plaza and the Mindanao exit. According to the Waze traffic monitoring map and the official NLEX Twitter account, heavy traffic is noticeable in these areas every morning from 5 am to 7 am, and again from 6 pm to 8 pm. Traffic buildup also happens on the part heading towards the C3 exits due to large cargo trucks plying that route. They stay on the rightmost lane though, so at least one lane still remains passable most of the time.

In other areas, traffic situation in NLEX is less felt, such as the portion after the Balintawak toll plaza, San Fernando, and the NLEX viaduct.

>>> Also check out: Some parts of NLEX Bocaue Bridge northbound lanes to be closed for rehabilitation

Based on the NLEX Twitter page, the peak times of NLEX starts at around 5 am until 8 am, and then again from 5:40 pm to 8 pm. Those times can also vary,  so take note of the real-time traffic updates down below.

These times were taken at 9:49 am using Waze, and therefore might not be accurate. Expect these travel times to increase, especially during peak hours.

As of today, the Interaksyon traffic monitoring page for NLEX is not yet up. If you still want to check it out, you can check out here: mmdatraffic.interaksyon.com/nlex/line-view-nlex.php.

For the real-time NLEX traffic update today, you can instead go to the NLEX Corporation’s Twitter Page. Aside from the Land Transportation and Traffic Code of the Philippines, there are also other laws that NLEX users need to be aware of.

>>> Click here for the complete guide on toll fees applied for popular expressways in the Philippines in 2019.

This law ensures the proper maintenance of both provincial and national roads, by imposing a charge on those using motor vehicles. Under the law, overloaded trucks, trailers or other vehicles that exceed their allowable gross weight are slapped with penalties. Axle loads should not go beyond 13.5 metric tons or 13,500 kilograms.

Also known as Republic Act No. 8750, the Seatbelt Use Act requires drivers and front passengers of motor vehicles to fasten their seatbelts while the vehicle is in motion. This particular law is strictly enforced along the length of NLEX for your own safety.

Crashes involving vehicles traveling at high speeds have a higher fatality rate, especially if occupants are not wearing their seatbelts. 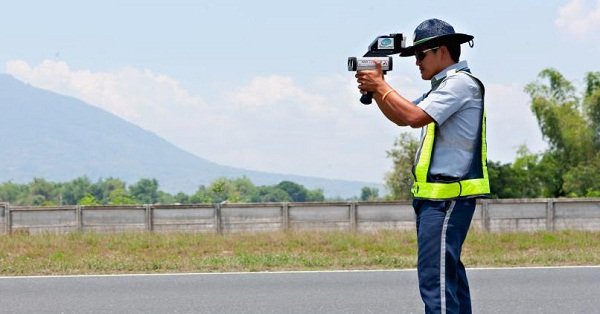 NLEX is strictly monitored by enforcers, so be aware

Here are some special rules that apply to NLEX and other Philippine expressways:

Use the mnemonic B.L.O.W. B.A.G.E.T.S. which stands for Brakes, Lights, Oil, Water, Battery, Air, Gas, Engine, Tire, and Self. Even if you're not going on a particularly long trip, it's a good idea to do this every day.

NLEX is an expressway, which typically requires a minimum driving speed of 60 kph. Things can go wrong when traveling at that speed, particularly if your vehicle isn't in tip-top shape.

When you lose your brakes, for example, let’s just say things can get catastrophic. If you’re planning to mount stuff outside your vehicles like surfboards, your mountain bike, or sacks of rice, make sure that they’re secured. 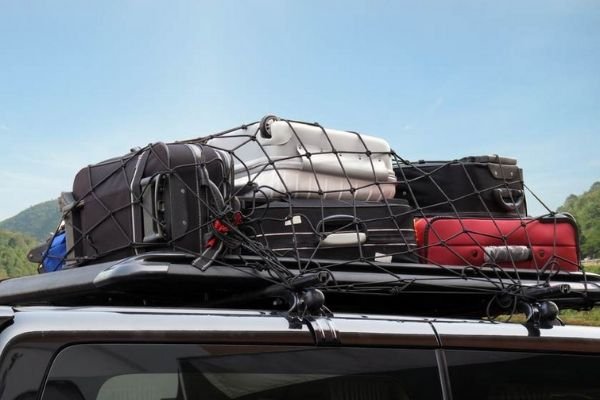 A pelican case hitting someone at 60 kph makes for a bad day, so please secure your stuff

We encourage drivers to look far ahead of their vehicle when driving on long stretches of NLEX. By doing so, you can focus on what's ahead and react faster when the unexpected happens. Remember, vehicles traveling on expressways are a lot faster than on normal roads.

At the same time, when driving on the straights for extended periods, avoid the temptation of staring at the white lane markers; highway hypnosis is real, and you can easily lose your focus. Try glancing at your car mirrors occasionally to break the monotony. Having traveling companions and talking to them also helps.

Slow drivers hogging the left lane are the worst; they only contribute to congestion and they can also cause faster drivers to weave through lanes, which is dangerous. In left-hand drive countries such as the Philippines, the leftmost lane on expressways is for passing or overtaking only. Once you’ve passed another vehicle, merge back into the same lane where you came from.

Before embarking on a trip, make sure you have some cash with you to pay for the toll fees. When approaching a toll plaza, have the amount ready so that you won't need to fumble around, which takes time and delays everyone else. If you use cashless transactions, make sure your cards have sufficient balance or load.

Take a rest when you need it

Driving for long periods of time can be draining especially for someone who’s not used to it. Schedule breaks once in a while to stretch your legs, go on a bathroom break or refresh yourself, with the numerous stopovers you can avail of along NLEX. When merging onto the highway or any main road, follow these three simple steps: check your mirrors to see if the road is clear, activate your turn signal then accelerate, and make your turn.

Don’t cut off other vehicles on the road

Remember that having a turn signal doesn’t give you the right to just swing into a lane. The same goes for exiting a lane to move to another. You must consider your speed and other vehicles behind you, as well as the vehicles on the other lane. The same goes when approaching a toll plaza: be patient and avoid cutting through the line.

Do you think this guide has been of help? Let us know in the comments.