The model finally gets a new platform after nine years.

After months of teaser photos and spy shots, Toyota has finally unveiled the next iteration of its successful Vios subcompact sedan, marketed as the Yaris Ativ in Thailand.

The 2023 Toyota Vios premieres in Thailand
“The Yaris Ativ (Vios) was introduced in 2017 with an aim to offer vehicles with affordable price, good fuel economy, and reliability to serve the Thai people such as first jobbers and the younger generations,” said Toyota Motor Thailand President Noriaki Yamashita.

“It was well-received by Thai customers and could retain the No.1 (position) in the eco-sedan segment, with an accumulated sale of over 133,000 units since it was debuted,” he added. 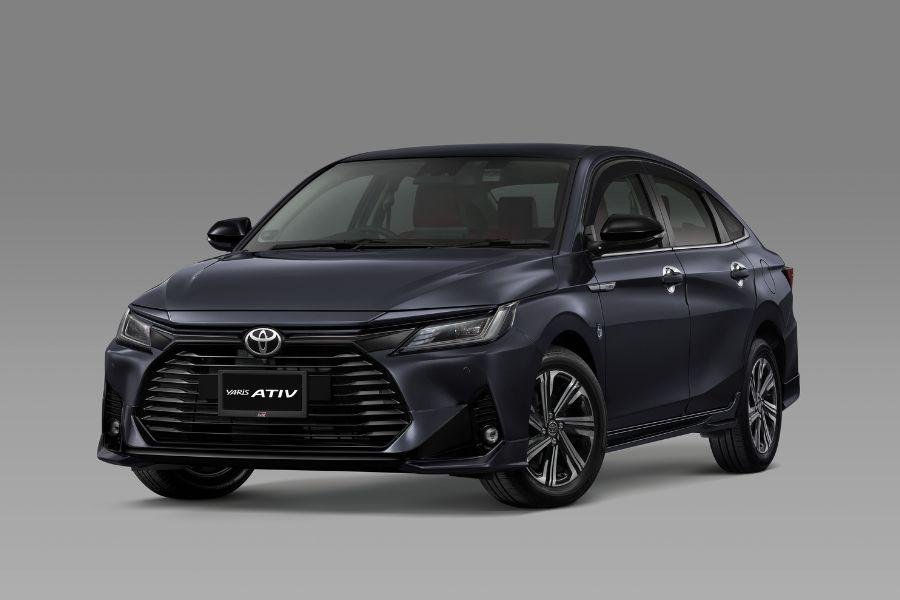 The Vios has been underpinned by the same platform since the third-generation model was released in 2013. This time, the model now rides on a variation of the Daihatsu New Global Architecture (DNGA) platform which it shares with the Raize subcompact crossover and Avanza/Veloz compact MPVs.

In terms of aesthetics, the new Vios features a more mature design with angular LED headlamps surrounding a larger gloss black front intake, accompanied by a vortex generator duct design for stability at all speeds. It adopts a new fastback design

A redesigned cabin awaits occupants on the new Vios, featuring fabric upholstery on the base and midrange variants while boasting leather seats on the range-topping trim levels. There’s an abundance of soft-touch surfaces all throughout, lending a premium air to the cabin. The enhanced dimensions translate to better head-and legroom for both front and second-row passengers, with 60:40 split-fold rear seats able to expand the default trunk space that has a partition and multipurpose storage. Contributing to the cabin ambience is a 64-color ambient lighting system.

Beyond the leather-clad multi-purpose steering wheel lies a 7-inch instrument cluster that’s now rendered as a digital display, showing relevant vehicle information more clearly and legibly. This is complemented by a floating-type 9-inch touchscreen display that offers support for both Apple CarPlay and Android Auto, patched to six speakers. Wireless charging is available for passengers to top up their mobile devices, in addition to USB charging ports. Propulsion on the new Vios comes in the form of a Euro 5-compliant 1.2-liter 4-cylinder Dual VVT-I gasoline power unit, generating 94 hp and 110 Nm of torque. Routing the output to the front wheels is a Super CVT-i with sequential shift. Toyota says the new Vios can travel up to 23.3 kilometers on a single liter of fuel. Three drive modes are available: Normal, Eco, and Sport. Buoying the vehicle over pavement is a MacPherson front strut suspension and a rear torsion beam, both with stabilizer bar control. Electric power steering provides agility through corners.

The 2023 Toyota Vios is available in four variants for the Thai market:

No word yet on when the new model will reach our shores, but hopefully it happens sooner rather than later.

Get more updates on new model releases at Philkotse.com.