What to expect from 7-seater 2020 Subaru Evoltis a.k.a. Ascent

Mar 25, 2020 | Same topic: Auto Industry: Latest Updates
The 7-seater Evoltis, otherwise known as the Ascent in the U.S., is the largest Subaru ever.

There’s one thing missing though – a seven-seater crossover with all the bells and whistles of a Subaru: a beefy boxer engine and a symmetrical all-wheel-drive drivetrain.

A couple of months ago, however, Glenn Tan, the International Deputy Chairman and managing director of Tan Chong International Ltd., says that the Ascent, a Subaru seven-seater crossover will be sold in several ASEAN regions, including the Philippines under a different name, the Subaru Evoltis.

So, what can we expect from the midsize Evoltis crossover? It's big, and yet it's very stylish

That’s right – the upcoming Subaru Evoltis will take the crown as the largest Subaru model here in the Philippines. 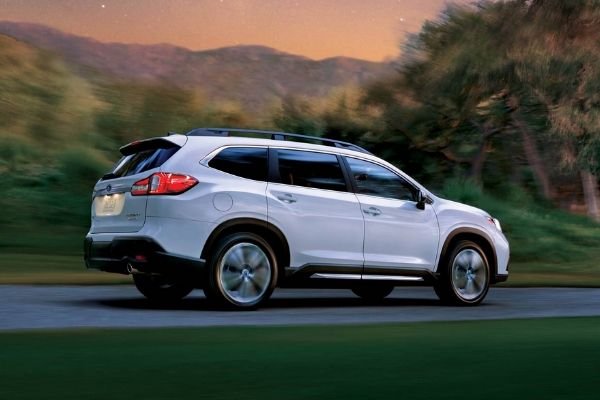 It's got a very large road presence that's for sure

As such, the Subaru Evoltis has the potential of offering a lot more cargo space than the company’s currently available crossovers, and it can seat up to seven people with probably better legroom.

>>> Related: A 7-seater Subaru is coming to the Philippines and it's called...the Evoltis!

Based on the power figures of the American-spec Subaru Ascent, the Subaru Evoltis might be entering the Philippine market with a 2.4 Liter boxer engine capable of making up to 261 horsepower and 350 Nm of torque.

Also note that the Ascent has torque vectoring, which will definitely make it more planted when taking corners.

Also, being a Subaru, we’re sure that the Evoltis will come with the car maker’s proprietary symmetrical all-wheel-drive. It's powerful enough to be able to tow

Being a 7-seater, the Evoltis will be ideal for a growing, fun-loving, and very active family. Its seats can be folded down virtually flat, and it comes with a lot of interior amenities like 19 cup and bottle holders, a power rear door, the Subaru Starlink infotainment with Apple CarPlay and Android Auto, and the Subaru EyeSight safety suite. 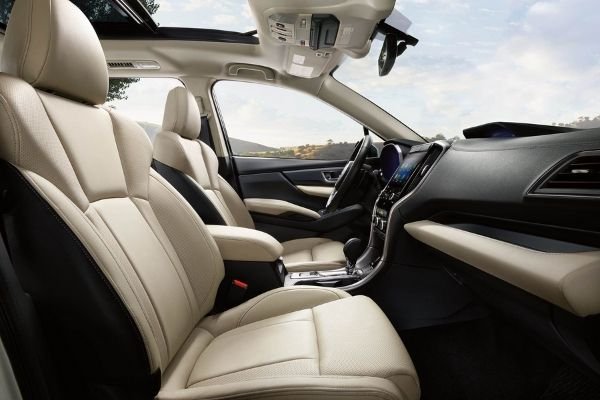 It's got a lot of neat driver amenities too

The Subaru Evoltis without a doubt will “complete” Subaru Philippines’ model lineup and there’s no doubt that the family-oriented Pinoy will really like it.

With regards to pricing, however, we’ll just have to wait for Motor Image Subaru to announce further details. But if we take a look at the Subaru Ascent available in the U.S. market, it is priced at USD 31,995 or Php 1,618,963. 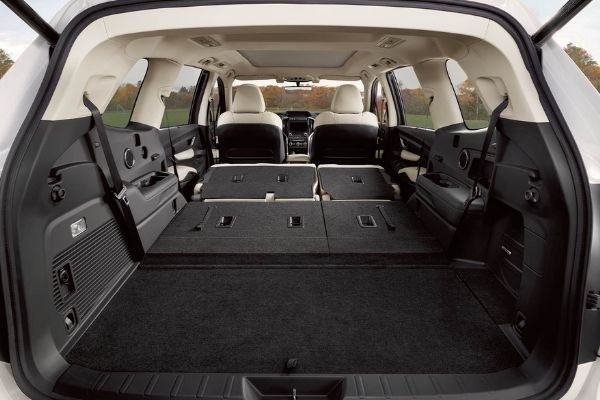 Look at all that space

Also note that due to the COVID-19 outbreak, the Subaru of Indiana manufacturing facility in the U.S. has currently suspended its operations. As such, we’ll just have to wait a bit longer for the said model’s launch here in the country.

Keep posted here on Philkotse.com for more news about the upcoming Subaru Evoltis.