Besides some similarities in key areas, the Toyota Supra 2018/2019 is said to be 'very different' from the Z4.

At this year's Geneva Motor Show, the much-awaited Toyota Supra 2018/2019 was showcased as the Toyota GR Supra Racing Concept, once again stirring up excitement among worldwide car enthusiasts. As some might already know, the said concept has inspired to a joint project between Toyota and BMW, giving birth to a road-going sports vehicle dubbed the BMW Z4. However, although sharing the same original concept, the 5th-generation Supra is said to be 'very different' from the upcoming Z4 despite some similarities in terms of key areas such as the powertrain. Mr. Tetsuya Tada - Chief engineer for the Supra said that the cooperation with BMW was dissimilar to the  last GT86 project co-developed with Subaru. Accordingly, this time, Toyota and BMW first agreed on the concept that both company would like to adopt for their respective development. Then, they moved on to decide the commonalities between two vehicles.

Worth mentioning is that the number of actual similar components are far fewer than many might imagine. While there will be some alike elements in crucial areas, the calibration of the Supra will still be “quite different” from the Z4, leading to a different driving experience between the two cars. Tada also said that the all-new Toyota Supra 2018/2019 is based on the benchmarks of some Peugeot  models like the 911 and also the previous Supras. Supra fans also took part in a survey carried out before the  commencement of the project, expressing their expectations of a new Supra equipped with a 6-cylinder engine in a front-engine and rear-drive layout.

It still remains unclear when it comes to the transmission. Initially, Tada pointed out that the manual will not be offered because the company thinks Supra fans do not consider it a "huge demand", although the interview with Evo discloses that details regarding the issue are still under consideration and it is not completely rejected. The hybrid version is also possible, albeit the interview refers more to future sports cars of the brand as a whole rather than the Supra specifically. 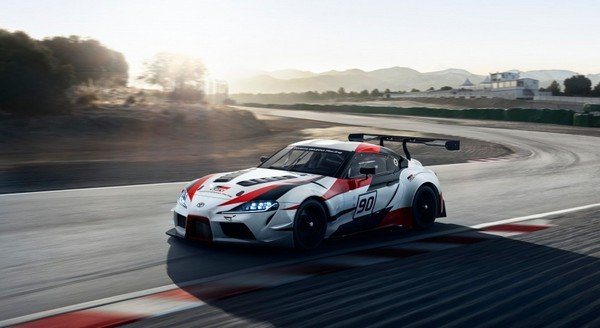