Toyota Motor Philippines lent its flagship sports coupe at the most inconvenient time; I was suffering from gouty arthritis – a painful medical condition that makes me feel like I'm 20 years older than my actual age is. Not the company’s fault, mind you, as gout strikes us sufferers without warning.

But the suffering at every step on the accelerator didn’t stop me from driving the MKV Toyota GR Supra for this review. A car that’s equally lauded and hated for its association with BMW, I had to know for myself: is it any good for its price? And more importantly, is it worthy of the legendary Supra name? Here’s my take.

The Supra has retained its recipe since its first inception in 1978 – a long hood, liftback coupe body that carries an inline-six power plant. That stays true with the A90 model, except that the new-generation Supra trades its usual clean styling with a bold statement that comes with the GR badge. The GR Supra from the side

There were no clean lines; you’ll see more curves and aggressive design executions that only a sports car can pull off. The 115mm ground clearance may sound low but it aids in giving the GR Supra a divine, imposing stance. Sure, there are some fakeries here and there in the form of faux vents, but Toyota said that they’re there for owners to convert if they decide to tune the car. The dual bubble roof, no matter how weird they look at times, has a noble purpose – but more on that later. Perhaps my favorite part of the Supra, apart from those gorgeous-looking 19-inch forged aluminum alloys with red brake calipers, are the wide hips. It doesn’t matter whether you’re looking at it from the front, at the sides, or from the back, they look really good – almost borderline sensual. 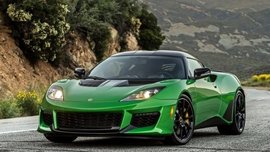 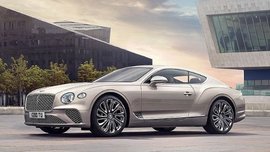 I’d lie if I say that the GR Supra’s interior isn’t familiar. If you’ve been inside the latest BMWs, you’ll know what I mean. The switchgear, the knobs, the buttons, the 8.8-inch iDrive infotainment, even down to the very font used inside the cabin were all from Bavaria – and that fact isn’t exactly a bad thing. BMW’s intrusion with the Supra’s development employs more benefits for the Japanese rather than the German. The dashboard and other cabin appointments are mostly covered in cowhide, except for the center console and its tasteful carbon-fiber finish. The luxurious air within the car’s cabin is evident, mostly felt when seated in the Alcantara-lined leather sport seats. Practicality isn’t exactly the GR Supra’s greatest virtue, but it isn’t devoid of it completely. The dual-bubble roof meant great headroom (at least for my 5’6” height), while horizontal space is adequate for my heavy build. You still get huge cupholders, some cubbyholes for storage, and a fairly-sized trunk that’s made practical with its liftback hatch – though admittedly it’s hard to find an accessible spot for huge smartphones within the cabin. The GR Supra has a 290-liter trunk capacity

As a P5-million coupe, the GR Supra comes equipped with a bevy of tech and safety features expected at the price point. Everything’s power-adjustable (except the steering wheel), the cabin is equipped with multiple airbags all around. There isn’t wireless charging but at least smartphone pairing’s a cinch even without Apple Carplay/Android Auto. You also get parking sensors and a high-quality camera for rear parking. One annoyance – and I also felt this with some BMWs – is the absence of auto-brake hold function despite having an electronic parking brake. I would appreciate it better with this feature rather than the useless and wildly annoying auto start/stop function.

Also, I’d be completely honest and disclose that I expected the GR Supra here to come with the Toyota Safety Sense package that’s found in other countries. Or at least Toyota should have included a blind spot monitor and rear-cross traffic alert in a car that has very limited rear and side visibility. As with most Gazoo Racing models, the GR Supra's gauge cluster features splashes of red

But to be fair, Toyota has already given more than just basic toys in this model, so there’s that. And oh, that 12-speaker JBL sound system is one of the best-sounding at this price point.

To test the GR Supra amid slightly tight GCQ restrictions and an unbearable (now bearable) gout attack, I had to find several excuses. I bought a loaf of bread from a nearby grocery (and took Skyway four times to get there); I had to see for myself if Enchanted Kingdom was still operating; I had to check whether the newly installed LEDs along NLEX were indeed bright. The biggest elephant in the room would be the BMW-sourced 3.0-liter B58 straight-six gasoline engine armed with twin-scroll turbochargers. It produces a healthy 335hp and 500Nm torque at the crank, exclusively sent to the rear wheels via a ZF 8-speed automatic transmission – the same one found in the Z4 and 3 Series.

Power delivery’s out of the question, and despite the Philippines still not having the more powerful version of the engine (available in the US for the 2021 model year), I didn’t feel any desire to have more. Brakes bite hard as they’re supposed to, but nitpickers and serious track frequenters would argue an upgrade.

Downshifts, whether via the paddles or on their own, were intuitive and immediate; it won’t take a while before you can adjust to this coupe’s predictability. As a bonus, pops and crackles heard at every downshift were a welcome aural sensation, which will make you stay at Sport mode despite this car’s gas-guzzling nature.

Handling’s equally amazing on both work and play, though your biggest foe would be steep ramps and ridiculously high village speed bumps. But if you think that the GR Supra’s disposition as a sports coupe compromises overall ride comfort, you’d be sorely mistaken. It was a comfortable cruiser, whether after several hours within the city or on a long relaxing drive outside Metro Manila. And that’s all while you can still play around with the car without an unappreciated throw-around inside the cabin. The adaptive variable suspension, which supplements the double-jointed McPhersons at the front and the multi-link at the back, is the main hero for this duality. If only it has better front and rear visibility, I would say that this impractical two-seater is a worthy daily driver.

If you’re reading this review and consider fuel economy as a deal-breaker, then you’re obviously not the market that Toyota’s aiming for with the GR Supra.

But just for this review’s sake, the GR Supra recorded a dismal 6 km/L (15 km/h average) on a frustrating drive amid heavy traffic, while a leisurely stroll on the highway at 90 km/h average (yes, I tried) returned 14 km/L.

Yes, I was on Sport mode the whole time. Can you blame me, though?

Collaborations within the automotive industry aren’t new. They exist because sharing costs to develop a vehicle is a smart move. As with the case of the MKV GR Supra, Toyota had to join hands with BMW to accelerate its introduction into the market – something that fans have been clamoring about for decades.

For its current price (P4,990,000 for Prominence Red, P60,000 higher for other colors), the new GR Supra is already a bargain considering all the points I’ve covered in this review. So, do you dig this Japanese sports car with some German DNA?

While I would agree to some extent that calling this two-seat sports car a Supra is sacrilege, you need to consider this: those people I know who actually bought (and has been planning to buy) the new Supra don’t mind its BMW roots, while those who heavily criticize the car don’t even plan to buy one in the first place. So really, who’s at lost on this one?

Besides, with a car that looks this great and drives even greater, to the point that I chose to endure unimaginable pain just to test the car, how can you fault the automaker for that?

ALTERNATIVE REVIEWS TO THE 2022 Toyota Supra