The sports version of the Toyota Innova will officially go on sale on May 4.
In order to celebrate one year anniversary of the Innova Crysta in India, Toyota is going to introduce the Touring Sport variant in this market next month. This Toyota special version is already available in Indonesia under the name of Venturer. 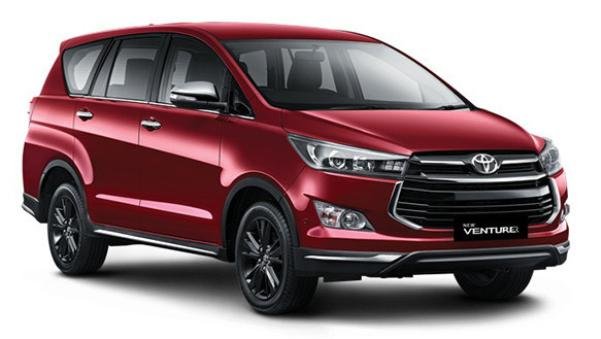 Toyota is going to introduce the Touring Sport variant of the Innova in Indian market next month.
View more: 2017 Toyota Land Cruiser Prado facelift to make its debut in Japan this July

According to updated images, the Innova Crysta Touring Sport will get impressive wine red color like the Venturer. Besides, other black features such as the front grille with chrome, the crossoverish cladding on the bumpers, side skirts and wheel arches also highlight the car’s sportiness. This Touring Sport variant will ride on the same 205/65 R16 tires as the standard variant.

The inside layout of the car will be similar to the top of the line ZX variant. It will be furnished with a 4.2-inche touchscreen infotainment system, a TFT multi-information display along with other equipment offered on the top-end variant. Furthermore, the Touring Sport variant will be offered in 6-seater layout covered with black leather. Also, the Touring Sport-badged floor mats is available. 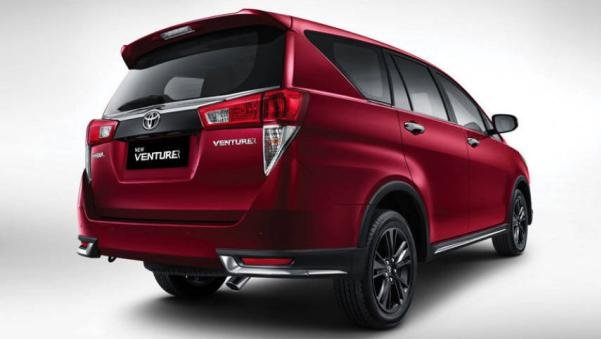 The inside layout of the car will be similar to the top of the line ZX variant.

Because of being a cosmetic update, the Toyota Innova Crysta Touring Sport is speculated to be offered engine options like regular model: a 2.7-litre petrol engine producing 166 Ps and 245 Nm of torque and a 2.8-litre diesel unit which delivers 174 Ps and 360 Nm of torque.

>>> View more: 2017 Toyota Harrier (facelift) to be launched at Japanese market in June

Once launched, the Toyota Innova Crysta Touring Sport will be pitted against the Tata Hexa Tuff, the only MPV that is sold with a crossover kit. The car is sold in Indonesian market with a price tag of IDR 386.3 million (₱1,444,627) and is expected to be priced higher by INR 80,000 (₱61,715) than the ZX trim.