The Mitsubishi Strada 2019 facelift now gets a fresh front fascia.

Mitsubishi has recently published a teaser of the much-awaited Mitsubishi Strada 2019 facelift (aso known as Triton in other markets). This means an official launch is going to be announced soon.

The teaser photo reveals a fresh front fascia with slim headlamps and bigger secondary light units placed in the bumper’s corners. The Strada facelift now comes with the Dynamic Shield design language which is also used in the Xpander and the Eclipse Cross.

Still, the upper line houses up LED daytime running lamps and the main beam while the lower features fog lamps and indicators. 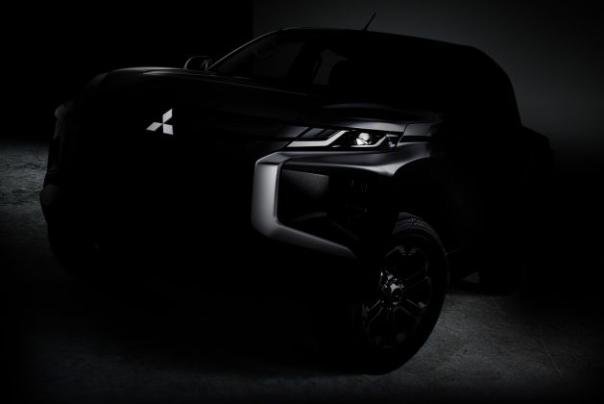 As other Mitsubishi models, the updated Strada will come adorned with chrome trim parts framing the whole front end and a 2-bar grille. Besides, the teaser shows new 6-spoke alloy wheels and tweaked tail lamps.

According to the latest car news, still, there is no confirmation about the engine updates. The current Strada is powered by a 2.4L MIVEC turbodiesel mill which is capable of cranking out 178 hp and 430 Nm of torque.

Wearing a new face, the Mitsubishi Strada 2019 facelift looks more like the Mitsubishi GR-HEV Concept which is the previewed model for the new Strada back in 2013.

Below are some spy shots of the pickup caught in Australia: