This one missing feature in Ford Mustang drives us nuts

The Ford Mustang is great. But if they added this feature it will definitely be even better.

Ford Mustang is one of the greatest two-door sport coupes you can buy today. It’s also one of the most recognizable muscle cars in the world since it was released initially in 1967. Just seeing its shape and its front fascia, you’ll immediately know that it's a Mustang. Right?

It’s also a literal cultural icon, appearing in hundreds of films from Bullitt (1968) to Fast and Furious franchise, the latest of which is the Fast and Furious 9 where a Ford Mustang GT350 is confirmed to appear. 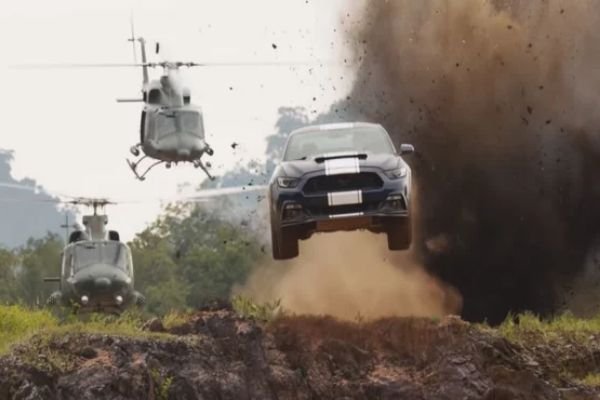 For that matter, it’s also full of history and it very well maybe, the most recognizable ambassador of American car culture the world over. And people know this too because for the past five years, the Ford Mustang is indeed the undisputed best-selling sports coupe.

Now some of you might think that’s expensive, but that’s actually decently priced for the power the 5.0 V8 makes. The Ecoboost Mustang is a sweet looking car

So what’s with the title of this story?

Sure, the Mustang is great and all, but what drives us nuts, is the said model’s lack of speed-sensing door locks, even for its top trim.

This feature is something one would expect from a Php 3-million car, and especially from a very high-performance muscle car like the Mustang.

Even an experienced driver will sometimes forget to lock his/her doors, and we’re sure that this has happened to you at some point. As such, a speed-sensing door lock will give loads of convenience for every car owner, including Mustang owners. The 5.0 Mustang GT is loads of fun. Just...don't forget to lock the doors manually

Overall, however, the Mustang is still a pretty safe vehicle. It’s just that, giving it a speed-sensing door lock wouldn’t hurt and will only provide more convenience and safety for its occupants.