Mar 05, 2020 | Same topic: Auto Industry: Latest Updates
While it isn't released yet, the car experts do have a lot to say about the all-new Suzuki S-Presso 2020. Spoiler Alert: We rather like it.

All around the world and here in the Philippines, it’s pretty obvious that people are buying SUVs and crossovers like hotcakes.

As such, car manufacturers like Suzuki are developing and releasing exciting new SUVs and crossovers like the XL-7, the beefier brother of the Ertiga, and the Suzuki S-Presso 2020, which is arguably the taller and tougher looking brother of the Suzuki Celerio.

With the 2020 Manila International Show drawing near, we think that this brilliant new Suzuki model will make an appearance there. As such, we're going to provide you guys a sneak peek of sorts by way of sharing our first impressions.

Measuring only 3,565 mm long and 1,520 mm wide, the S-Presso does fit in what many will call a city car, just like the Celerio.

What it does have over that model however its taller ride height, and of course, a lot of SUV like exterior design cues, like a beefy looking front fascia and very strong looking wheel arches.

Despite that, however, it's certainly small so there’s definitely a cutesy element to it which we’re sure will become popular with many Suzuki fans. 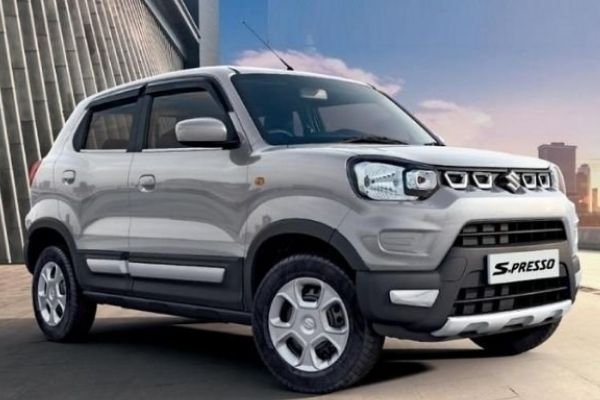 >>> For your information: Suzuki S-Presso 2020: Will this be your next sub-compact SUV?

Design-wise, the S-Presso on the inside looks quirky…in a good way. There’s a splash of color on the dash, specifically on the circular shape surrounding the center console, giving the interior a lot of personalities. Also, it looks like everything is arranged for easy reach.

Note also that while being cute, the Suzuki S-Presso boasts a 180 mm ground clearance which we reckon is enough to deal with rough patches of road and floods reaching up to the shins of an averaged sized man.

In terms of sitting position, it’s pretty high up and many are saying that drivers won’t have a problem with visibility.

For the passengers, seats are clad in fabric and if they’re like the ones aboard the Suzuki Celerio, we’re confident in saying that they’re comfortable. The same goes for boot space. 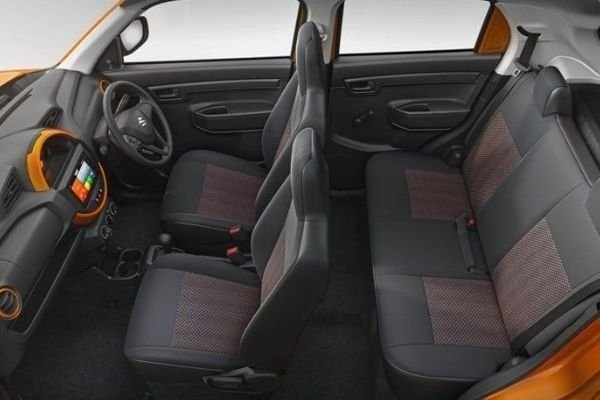 Uncluttered, very simple, but due to that dash, it does have character

For what’s essentially a city car on stilts, the S-Presso also has decent legroom and headroom which is, of course, a must if you’re commuting in places like Metro Manila.

One weird thing we’ve noticed about the S-Presso, however, is the positioning of the instrument cluster in the middle of the dashboard on top of the center console.

It requires a driver to slightly shift her/her vision to the right and that might not be an ideal thing to do when driving in heavy traffic. Regardless, the instrument cluster is very legible and the touchscreen unit is sized just right.

>>> Check out: Suzuki announces pricing for the Suzuki S-Presso 2020 in the Philippines

It’s not much but do note that the sole variant of this cute SUV style city car available in the Philippines will come with a 5-speed manual and according to numerous sources, it can achieve an average of 21.7 km/l which is impressive. 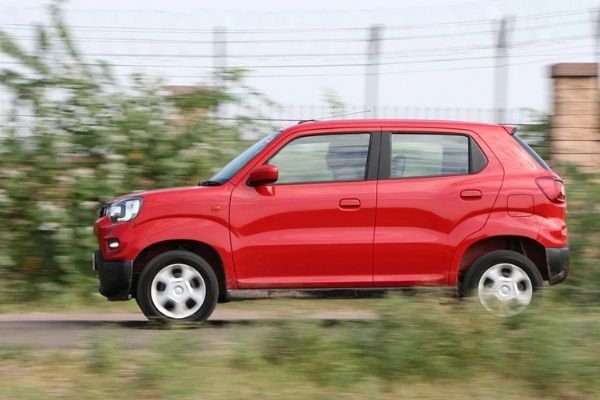 From the side, it looks like a cross-breed between an SUV and a hatchback

>>> Recommended for you: SUV prices in the Philippines from 14 most popular brands

We’re excited to get our hands on the Suzuki S-Presso. But what’s more exciting is its very affordable price of Php 518,000.

What’s more, mind-blowing however is that if you reserve your very own S-Presso from March 18, 2020, Suzuki can give you a Php 15,000 discount. The said reservation will require a Php 5,000 fee but still.

It’s pretty plain to see that Suzuki S-Presso’s price is kind of hard to beat and is very tempting don’t you think? Also, there's a version with a more SUV-like look but it's only available in India...for now

When the Suzuki S-Presso officially gets released by Suzuki Philippines on March 18, 2020, we’ll have more information to share with you.

Also, we reckon that the S-Presso will also make its appearance on the upcoming 2020 Manila International Show. Until then, keep reading here on Philktose.com.