Rolls-Royce updates logo, identity – just in case you forgot you can't buy one

Rebranding its image to appeal to its younger clients.

Everyone needs to adapt in order to survive the ever-changing landscape and lifestyle of the modern world. This holds true to every company or brand to maintain its relevance in the market and to its clients.

Rolls-Royce is one of the car brands that understood this concept when it revealed a new brand identity that intends to move with the times while keeping its core intact. Rolls-Royce said that its new identity will further modernize the brand as it increases its digital presence. As such, Rolls-Royce Chief Executive Torsten Müller-Ötvös said that this is the most ideal time to reflect the company’s core identity as the “leading luxury brand in the world.” To do this, the British automaker worked with a design firm named Pentagram in creating its new brand identity.

“We have embarked on a fascinating journey of modernizing our brand identity to echo those changes seen in our portfolio, our client demographic, their lifestyle and the luxury world that surrounds them," Müller-Ötvös added.

>>> Related: Of course, Toyota gets a new logo and typeface too The new brand identity of Rolls-Royce also intends to appeal to the relatively younger age demographic of its clients, which is 43-years-old at an average. This is brought upon by the introduction of the brand’s Black Badge that comes with a more dominant and bolder exterior design.

>>> Related: Nissan changes its logo after 20 years, and here’s the meaning behind it 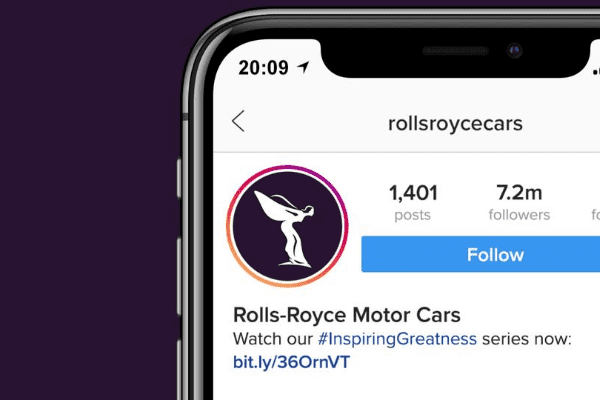 The iconic Spirit of Ecstacy

So, what are the things that go along with Rolls-Royce’s new brand identity? For starters, the brand’s iconic Spirit of Ecstasy sculpture will stay and continue to adorn its cars. Rolls-Royce said that its Spirit of Ecstasy will now gain increased prominence in its brand identity. The brand created an iteration of the said sculpture into the form of an illustration, which is to be used in Rolls-Royce digital materials. Rolls-Royce also restyled its logo by integrating a new color palette. Designers at Pentagram opted to use a color palette that would appeal to both male and female clients of Rolls-Royce.

As such, purple was the chosen color since it’s associated with royalty. It is complemented by a metallic Rose Gold color to further embody elegance and luxury. These colors will be used on the brand’s printed materials as well as on the multimedia touchscreens of its vehicles.

The double R badge of the automaker remains unchanged but the words “Motor Cars” have reduced in size. The brand also incorporates a new typeface called Riviera Nights, which is from the same family as the previous font.

The automaker’s new logo and identity could be first seen when the new Rolls-Royce Ghost made its debut this year. Previously, the brand said that the new Ghost will debut in the third quarter of 2020. With that, we could expect it to be launched anytime soon.

On the other hand, other car brands have already redefined its brand identity by introducing a new logo. Among these brands are BMW, Volkswagen, Nissan, and Toyota.