Mitsubishi Eclipse: The car that started the global tuning craze

The Eclipse is one of the dream cars for would-be tuners in the early 2000s.

Remember being a young kid in 2001. You’re staring at the large theater screen watching The Fast and the Furious. After a few minutes, you spot it. A lime green car bombing through an empty parking lot.

Later, you see it go out in the first-ever race in the Fast and the Furious franchise. Consequently, that car also appeared in countless other media in the early 2000s, most notably in Need For Speed: Underground. By then, you’ll have memorized its name. What was that car? Well, the car we’re talking about ladies and gents was the 2nd-generation 1995 Mitsubishi Eclipse. To tuners and many of you car enthusiasts out there, it definitely left an impression large enough to bring tuner culture into the mainstream.

Sure, the dominant tuner car here in the Philippines was indeed the Honda Civic, but without the popularization of the Eclipse, things would definitely be different today.

Why is the Eclipse so sought after? Well sit back, relax, and let us regale of the Eclipse’s history and how it made its big mark in tuner culture.

Before we talk about the Eclipse versions themselves, we have to talk about where they came from. And no, it wasn’t straight from Japan. Instead, the Eclipse was borne out of a partnership between Mitsubishi Motors and Chrysler.

This joint venture was then known as Diamond-Star Motors (DSM). The arrangement was Mitsubishi made cars in the U.S.A. with the help of Chrysler. This was done to skirt around the voluntary import quota that was in place in the 1980s.

As such, this partnership resulted in the famous DSM cars, which were mostly sports cars. This included the Mitsubishi Eclipse, the Eagle Talon, and the Plymouth Laser. These three were practically identical cars, which all used the same platform and the same 4G63 and 4G63 Turbo engines. 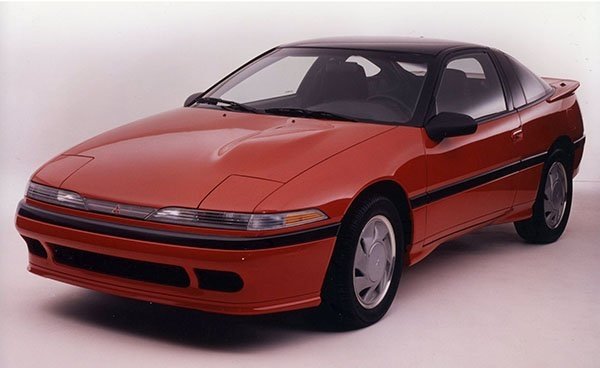 The 1st-gen Mitsubishi Eclipse, the king of the drag-strip

Yes, that engine. The same engine used in the Mitsubishi Lancer EVO I to IX, and the Galant VR4. The stock 4G63 Turbo on the Eclipse however, made only 195 horsepower.

Top tier variants of the 1st-generation 1990-1994 Eclipse also had all-wheel-drive. This provided it with better traction than its competitors.

Fast forward to 1995 when DSM released the 2nd-generation Mitsubishi Eclipse. It had a rounder look, and its 2.0-liter 4G63 inline-4 Turbo now made 210 horsepower. And of course, vast improvements were also made to its suspension system. Sure it was harsh, but that stiffness is what made it so satisfying for many drivers. 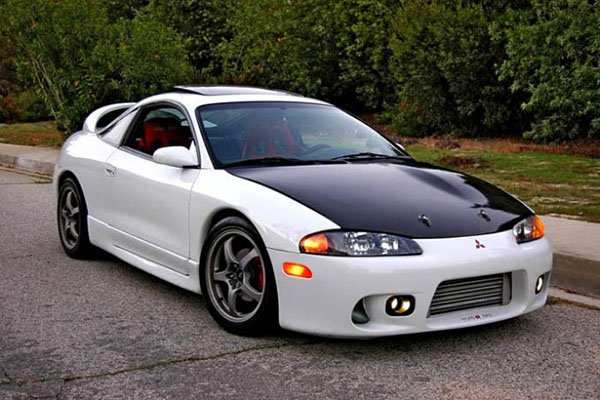 The top-of-the-line GSX Eclipse also retained the all-wheel drive, and it also came with a limited-slip differential. In short, it improved on the performance found on the 1st-gen version, plus it added some amenities like more airbags, and anti-lock brakes were now standard except for the entry-level RS variant.

As we’ve mentioned before, it wasn’t until 2001 however, until the 2nd-gen Eclipse became a breakout star for tuners around the world. Due to its popularity, the Eclipse name was probably the primary inspiration for a lot of young people back in the day.

These are folks who eventually went on to establish numerous tuning companies, or were involved in racing, or in the development of tuning oriented products that we all enjoy today. But by then, it was already replaced by the 3rd-generation Mitsubishi Eclipse in 2000. Sadly, the car in question no longer used the 4G63T or even the non-turbo version. Instead, it used the 4G64, and two Mitsubishi G-series V6 engines.

Sure, the top-of-the-line 3.0-liter V6 made as much power as the previous one, but it wasn’t as easy to tune and modify. The suspension also lost its stiffness and was tuned to provide more comfort. The same goes for the 4th-gen Eclipse, which was released in 2006. Sure, its V6 made 263 horsepower, but again, it wasn’t as tunable and as easily moddable as the 4G63. It was also a bit heavier than its predecessors.

The heaviest variant, which is the V6 convertible, weighed a whopping 1,665 kg. Compare that to the 2nd-gen Eclipse GSX, which only weighed 1,460 kg.

Note also that by the time the 3rd- and 4th-gen Eclipses were released, Mitsubishi no longer had ties with Chrysler. Sure, Mitsubishi already had control of the DSM facilities, but it no longer had access to the Chrysler logistics and dealership network, which was still sizable during this period. The 4th-generation "Spyder" variant of the Mitsubishi Eclipse

In 2012, the Eclipse was also a “dated” platform that Mitsubishi managed to sell from 2006-2012. Suffice to say that in the market at that time, there were already better alternatives.

Even the Mitsubishi Lancer EVO IX was available globally and it was even available in the Philippines from 2005-2008. As such, the Eclipse was officially discontinued in 2012. The last Eclipse to be made, however, rolled out of the factory a year prior in August 2011.

In the 2010s though, many Eclipse fans were excited when they heard that Mitsubishi was reviving the Eclipse brand name. It turned out however that the Japanese company was bestowing the esteemed name to a crossover called the Mitsubishi Eclipse Cross.

Sure, it made financial sense to produce and sell crossovers at this point, but many were left disappointed. It looks great as a crossover, but its no Eclipse

As one Youtube commentator said: “You either die a hero, or live long enough to become a crossover.”

If you still want in on the 2nd-gen Mitsubishi Eclipse action, then be glad to know that this version of the Mitsubishi made coupe was available in the Philippines from 1997-1998. The 3rd-gen Eclipse was also sold locally from 2007-2011, but like its U.S. versions, this wasn’t as sporty and stiff as the previous version. Mods look cool, but improperly installed ones can be dangerous

That said, there are still a couple of decent but used Mitsubishi Eclipse units for sale in the Philippines today. What you have to watch out for with regards to the popular 2nd-gen versions are heavily modded ones. Those mods on used cars after all are unknown variables that might cause problems later on. Also, avoid those units from Japan that were converted to left-hand-drive.