Here's why Geely Coolray looks as cool as it is today

Geely employs an international team, but that’s only half of it.

When Geely Philippines introduced the Geely Coolray, many people were impressed with its exterior and interior design. At a glance, the car just exudes this fun and confident aura, while at the same time, balancing a high level of safety with performance.

Which 2020 Geely Coolray should you buy? – Variant Comparison

So, how did Geely design the Coolray? How did Geely Autos make it so appealing to such a wide audience? How did the car’s design team come up with such a great looking vehicle that transcends cultural tastes and become a truly global car model? 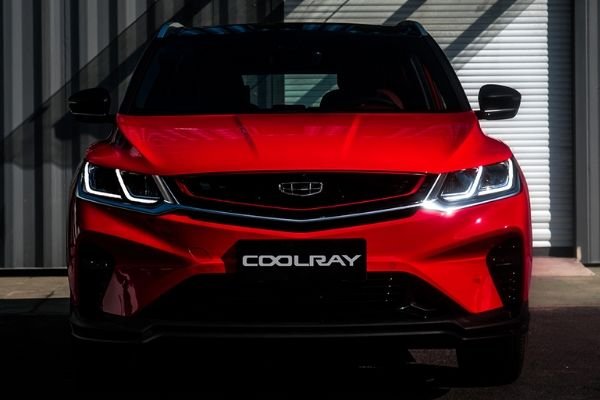 In short, why is the Coolray so cool?

Thanks to Geely’s International Team

In designing the Geely Coolray and to make it as cool as it is, pun intended, Geely Auto employed a massive international design team with studios located all over the world.

There’s one in California, the United Kingdom, Malaysia, Sweden, and Shanghai and these are just from the Geely Design department alone, which in turn has about 1,000 designers as well as support staff spread around the world.

As Guy Burgoyne, Head of Geely Design China, puts it, the company employs over 21 nationalities in the Shanghai studio. Every day, he himself hears a mixture of Chinese, English, Malay, German, French, and Swedish languages.

With an international team behind the styling, it’s no wonder that the car is a collection of fresh new insights and equally unique design qualities.

The Coolray is the result of an international team working together

Jamie Barrett, the Lead Exterior Designer of the Coolray says that Geely Design made the car to cater to globally oriented youth and young families.

The kind of people who appreciate its design and want their car to become an extension of their personalities. He also added that people who like the Geely Coolray are people who do not want to settle on “bland, uninspired blobs on wheels with nondescript grey or black interiors.”

And that is evident from the Coolray’s very unique and youthful exterior. Its Cosmos Grille provides the front fascia a deep and wide mask, while the front and rear bumpers provide bold volumes that just oozes sportiness.