The two truck-based models get the GR branding as well.

For Filipinos, September traditionally marks the start of the longest Christmas season in the world. If an anonymous tip is to be believed, Toyota Motor Philippines (TMP) will join other carmakers in bearing early gifts to customers.

The Hilux GR Sport recently made its debut in Thailand

A report by Autoindustriya cites an unnamed source in saying that the GR Sport versions of the Hilux pickup and Fortuner midsize SUV are already making their way to our market. The two truck-based variants recently launched in Thailand are among the latest to join an ever-expanding Toyota lineup wearing the Gazoo Racing (GR) branding.

The GR Sport designation brings several cosmetic embellishments to an otherwise stock example right off the factory floor. In the case of the Hilux GR Sport, it will be using the current Conquest flagship trim as its platform, which means that only the Hi-Floor version could be arriving here. Suede and leather GR Sport upholstery will likely be standard equipment, just one of the things to expect in the custom black-and-red interior. Other motorsport-inspired elements include a GR Sport-inspired instrument panel, steering wheel with 12 o’clock marker, and aluminum sport pedals. Even the engine start button sports the GR emblem

Meanwhile, the incoming Fortuner GR Sport could be featuring less overt styling changes than the new Thai version. This is because TMP sources its Fortuner units from Indonesia, which markets a relatively muted version of the trim level.

Whereas the Thai-spec Fortuner GR Sport is aesthetically similar to the LTD trim level here, the Indonesian GR Sport features the lower variants’ fascia, transferring the GR badge to the rear. There’s a noticeable lack of GR Sport branding on the interior as well, making the Fortuner GR Sport a little more understated compared to its pickup counterpart. 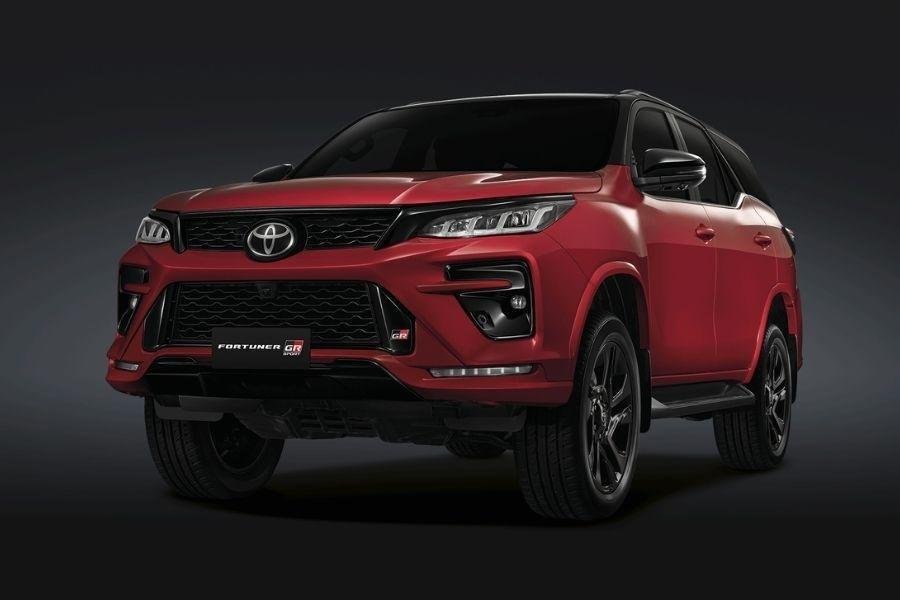 Both models will likely still be powered by a 2.8-liter turbodiesel engine rated at 201 horsepower and 500 Nm of torque, with a six-speed paddle-shift automatic transmission and all-wheel drivetrain. TMP declined to give details in terms of pricing and other features in the meantime, so we’ll have to wait and see the rest of what the new variants bring to our market.