As for the new design, the 2021 Ford EcoSport Active comes with black plastic claddings around the wheel arches. The roof has been blacked-out creating a bold two-tone paint finish. The fog light housing and side mirrors are also blacked-out. 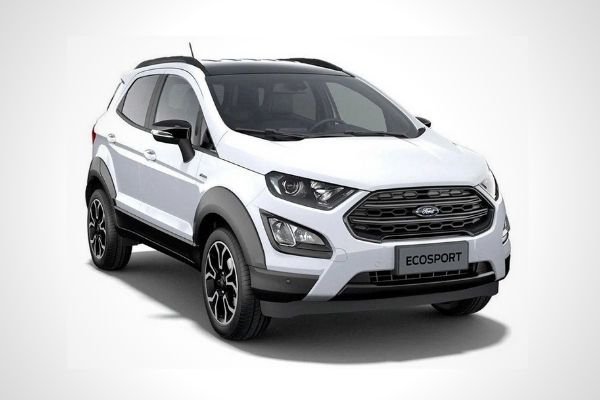 Inside, the EcoSport Active is equipped with an 8-inch infotainment screen that supports both Apple CarPlay and Android Auto. The leather and suede upholstery is also a good addition to complement the rugged updates on the exterior.

There is a fine line between overdoing and underdoing designs. We think that the 2021 Ford EcoSport Active seems to go a bit overboard from its subcompact crossover nature. This is the type of EcoSport you see coming out from aftermarket customization shops.

>>> Related: Which 2021 Ford EcoSport variant should you buy? [Comparison Guide] 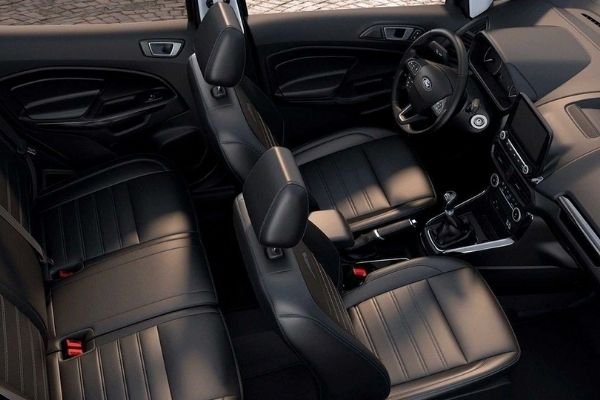 Interior view of the 2021 EcoSport Active

The leaked images may look familiar as the American marque introduced the EcoSport Storm variant in Brazil in 2018. It comes with similar rugged exterior styling as its bigger SUV siblings and utilizes a 4WD system that makes the Storm look like it’s built for off-roading.

However, the EcoSport comes with a front-wheel-drive layout. As such, the rugged design you see on the 2021 Ford Active is more of a cosmetics upgrade.

On the other hand, Ford announced that it will only produce crossovers and SUVs moving forward with the Mustang as the only exception.

With this, overcrowding in each class is expected and Ford is bound to explore different designs to make each model stand out from the other. 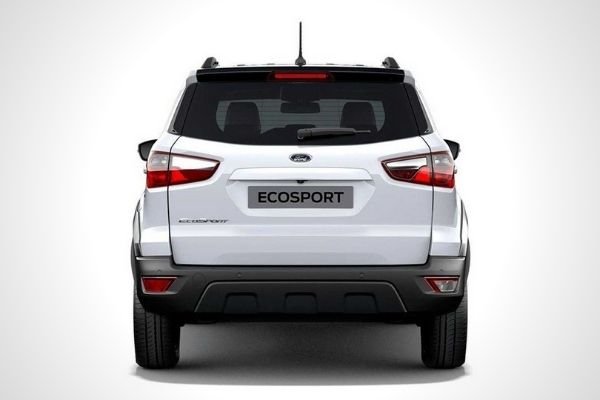 In the Philippines, Ford launched the Territory which could potentially affect the EcoSport’s stand in the local market. The Territory serves as Ford PH re-entry into the crossover segment.