The Hyundai Kona Electric 2018 is capable of running up to 470 km on one full charge.

In response to the growing needs of zero-emissions crossovers, Hyundai has launched its own electric crossover - the Hyundai Kona Electric 2018. Hyundai's electrified crossover is offered in two variants to allow the company to serve a huge number of customers interested in this new EV.

Meanwhile, the higher-end variant, thanks to a 64 kWh battery, is capable of doling out 202 PS and comes with an admirable driving range of 470 km per charge. With the added power, the time to do the 0-100km/h sprint is lessened to 7.6 seconds. 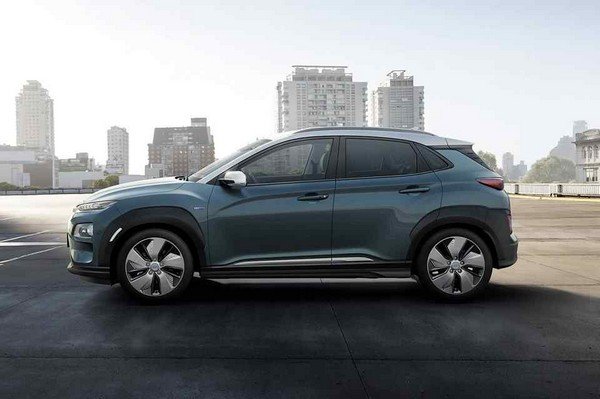 The base variant is powered by a 39.2 kWh battery

According to the latest car news, the figures provided are based on the new Worldwide harmonized Light vehicles Test Procedure (WLTP), a new benchmark which is allegedly more relevant than the current New European Driving Cycle (NEDC).

Hyundai informs that it will take 6 hours and 10 minutes to make a 39.2 kWh battery fully charged. In the meantime, you have to spend 9 hours and 40 minutes charging the battery of the high-end model to 100%. In urgent cases, Hyundai also provides a 100kW DC quick charger which gives the car 80% of battery within 54 minutes only. 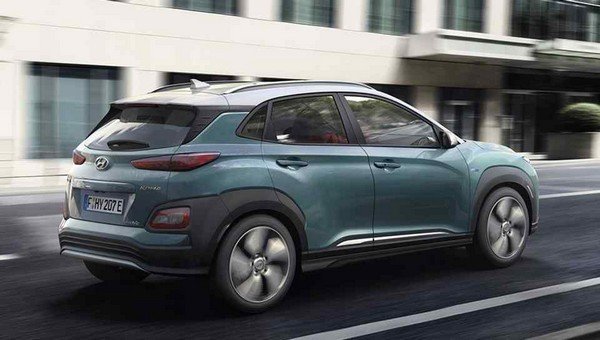 Hyundai informs that it will take 6 hours and 10 minutes to make a 39.2 kWh battery fully charged

Owing to the integrated battery packs, the Kona cabin space is preserved. The Kona can offer 373 L of cargo in the rear but having the quick charger cable in the car makes the number dropped to 332 L.

The overall design is taken from the conventional Kona, but to be an electric car, the new Kona has received some subtle changes. Firstly, the grille is closed as an EV doesn’t need the air to go through the cooling cores. Instead, a more aerodynamic front bumper, equipped with ‘lateral air curtains’ to decrease the wheel arches’ turbulence, dominates the front end.

The body is slightly improved with silver side-sills and the rear wing is also mildly upgraded. Finally, the Hyundai Kona Electric 2018 has a 17’’alloys to differentiate itself from internal combustion Konas. Stepping inside, the interior is highlighted by a 7’’ display and eight-way adjustable power seats for both driver and front passengers. In particular, the driver' seat receives additional lumbar support adjustment to let the driver get the perfect position while on the move.

The Hyundai Kona Electric 2018 is planned to be launched at the upcoming 2018 Geneva Motor Show taking place on March 6th. Latest updates on upcoming Hyundai cars can be found in our Complete guide to the Hyundai Philippines' local lineup.