The upcoming Audi electric vehicle will be a one-off.

In case most luxury carmakers are rushing to build electric cars, Audi is no exception. But more than that, it wants to make a noticeable difference by taking advantage of the solar energy to “shape the solar car of the future”. Accordingly, the German is planning to develop thin-film solar cellars which will be integrated to panoramic glass roof of the forthcoming Audi EV. It is reported that Audi is cooperating with Alta Devices of China's Hanergy Thin Film Power Group in employing this technology. According to the automaker, the solar-embedded vehicle roof will help increase the driving range of the car thanks to the solar energy generated from internal electrical systems such as air-conditioning system and seat heaters.

>>> Apart from Audi, Ford also concentrates strongly on the development of electric vehicles. Click here to get more details.

The reason why Audi chooses Alta Devices to work with is that the solar cells made by this firm have an impressive performance in all conditions from low light to high temperature. No matter where the car is, those thin and flexible cells always make an efficiency of more than 25%. 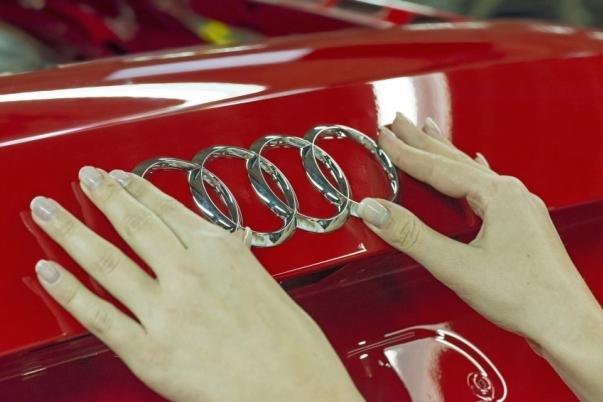 The solar roof will initially be present on the prototype

“The range of electric cars plays a decisive role for our customers. Together with Hanergy, we plan to install innovative solar technology in our electric cars that will extend their range and is also sustainable,” Member of the Audi Board of Management for Procurement Bernd Martens said in a statement.

As Audi’s production planning, the solar roof will initially be presented on the prototype, which is set to debut by the end of this year. After that, it’s highly likely that the technology will be duplicated in the entire green vehicle lineup. At a later stage, it is promised that the solar energy is able to directly charge the traction battery like what we’ve seen in the Nissan Leaf.