Next generation Audi A8 teased before July 11 reveal

Updated Jun 14, 2017 | Same topic: Latest Consumer Reports
Audi has announced that the all-new A8 will be unveiled on July 11 at the Audi Summit in Barcelona, Spain.
Up to now, all self-driving systems have been at level 2 which need driver behind the wheel. Meanwhile, Audi’s Chairman, Rupert Stadler revealed that the upcoming flagship model would be a "completely new operating concept - generously dimensioned and intuitive". This means that Audi will have become the first brand providing its customer the level 3 self-driving technology. With this advanced technology, the Audi A8 could smoothly run on the street without human’s monitoring. The brand informed that the next generation Audi A8 would offer Level 3 self-driving capability at speeds of up to 37 mph in case of traffic jams. As previewed in the teaser video, it is also capable of handling itself some parking maneuvers.


Audi A8 Sneak Preview: Audi AI remote parking pilot
The new A8 will include a long wheelbase that makes the cabin more comfortable, spacious with plenty of storage space. It should also share the similar look with Audi's series of Prologue concepts.

The all-new Audi A8 will be equipped with a powertrain department along with V-6, V-8 and W-12 option that is same as a sporty S8. Besides, the upcoming flagship model should have a mild hybrid system with a 48-volt electrical system. In this system, the separate starter motor and generator are replaced by a single motor-generator which aids the engine during high-load situations and recovers energy under braking more efficiently. 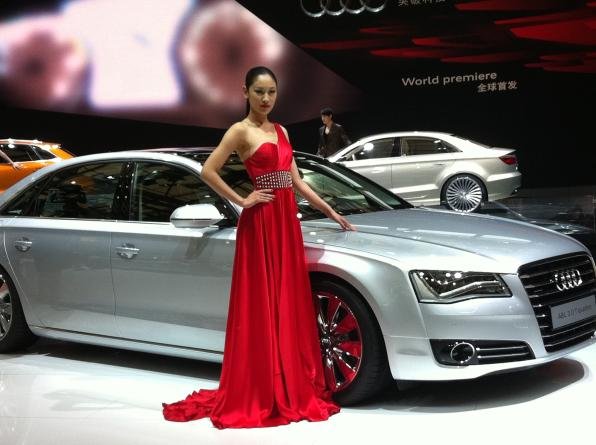 As previewed in the teaser video, the Audi A8 is also capable of handling itself some parking maneuvers