2019 Audi A7 caught fire while testing in Alps

Things did not go as planned during the road testing of the new Audi A7.
The all-new 2019 Audi A7 hatchback is expected to debut later this year. Unfortunately, this car suddenly went up in flames while being tested in Alps, Austria last Thursday. It appears the flames started from some sort of catastrophic failure near the area where the hood meets the windshield. 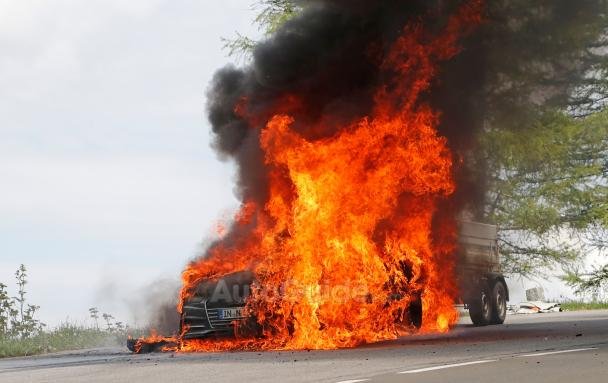 The Audi A7 suddenly went up in flames when testing in Alps, Austria last Thursday
>>> View more: Audi Australia recalls A4, A5 and A6 for fire risk

Once spotted, Audi’ engineers turned around into a pull off and were able to get everything out of the vehicle in time. However, a hand-held fire extinguisher wasn’t enough to stop the flames spreading and at last, the A7 test mule was completely destroyed within around 15 to 20 minutes. Luckily, no injuries were reported. 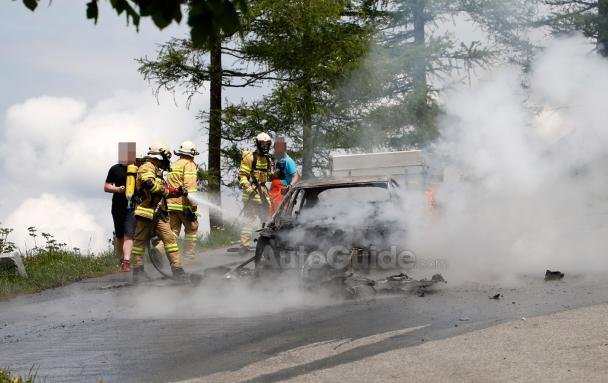 A hand-held fire extinguisher wasn’t enough to stop the flames spreading
This isn’t the first time that a carmaker has suffered a destruction of a test mule. The Honda NSX, Mercedes-AMG SLS Black Series and even the original Audi R8 for sale were in the same case in the past. Nevertheless, this incident shows how important road testing is before a vehicle heads to production.

>>> Click here to read about the powerful Audi Q4 RS which is reported to be able to produce at least 400hp
The Audi A7 is speculated to make its world premiere at Frankfurt Auto Show this fall as a 2019 model. It will sit on Audi’s latest MLB-Evo platform which is currently used in the on-sale Audi Q7 and will also be the basis of the next-gen Audi A6 and A8. 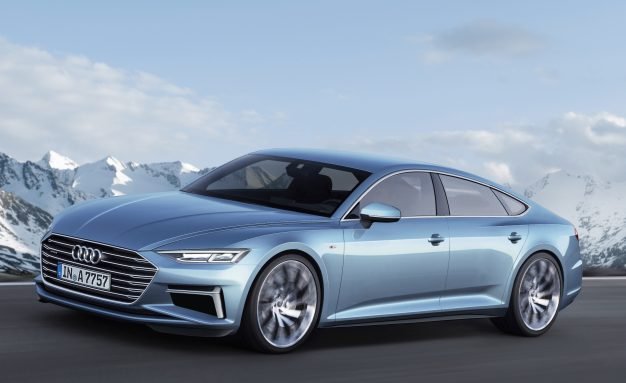 The Audi A7 is speculated to make its world premiere at Frankfurt Auto Show this fall.
Specifications of the car haven’t been revealed yet. Some rumors suggest that the Audi A7 come with 6 and 8-cylinder engine. However, due to this incident, the new model is probably to shift to a different option.


2019 Audi A7 test car spied breathing fire in the Alps