High-performance Audi RS Q8 to be in production

With a view to competing with the BMW X6 M, Audi plans to launch its performance RS Q8.
Audi Sport, the division responsible for Audi’s RS models intends to expand its line-up with all-new performance SUVs, in which the luxury RS Q8 promises to lead the range. Audi plans to launch its performance RS Q8
“Today we have a product line-up which we are working on which will be expanded in more prestige segments and body styles which are sellable around the world, SUVs.” Audi Sport’s Boss Stephan Winkelmann stated.

Though Winkelmann did not disclose which models the company is carrying out, via numerous leaked images and sketches, it’s highly likely that the range-topping Audi’s performance SUV would be the RS Q8. 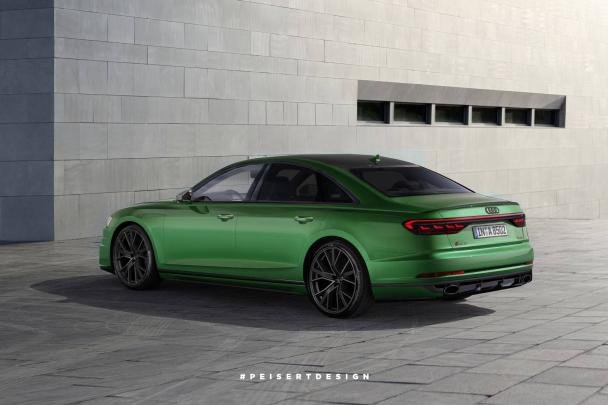 The range-topping Audi’s performance SUV would be the RS Q8
“The Q7 for sale is now in a phase of its life cycle which, in my opinion, to be profitable is too late to step in,” he added. “But a lot of markets are demanding bigger cars.”

The Audi Q8 Sport Concept shown off at 2017 Geneva Auto Show is considered as the preview of the RS Q8. Namely, the new SUV will ride on the same platform as the forthcoming Lamborghini Urus and probably come with a turbo V8 engine. Further, it is undoubtedly true that the Audi RS Q8 will use a petrol engine because “diesel is not compatible with a world car; there are countries where you cannot sell the diesel.” The Audi Q8 Sport Concept is considered as the preview of the RS Q8
>>> View more: Audi TT 1.8 Lighting Style Edition unveiled in Japan from P2,347,238

Additionally, Stephan Winkelmann also strengthened: “The other key aspects for us are comfort, quality and safety. Here we don’t compromise and even if we do SUVs they have to have all of this.”

>>> Have a peek at the rendered 2019 BMW X5 which will be available for sale by the end of next year.