2018 Audi A8 comes with a wide range of updates

Jul 13, 2017 | Same topic: Newest & coolest car concepts
The 2018 Audi A8 has officially made its world debut at Audi Summit in Barcelona.
After years of testing and months of teasers, the all-new Audi A8 has finally premiered at the Audi Summit. At this debut, the Audi A8 has taken an evolutionary approach to its exterior and interior design along with numerous updated technologies. 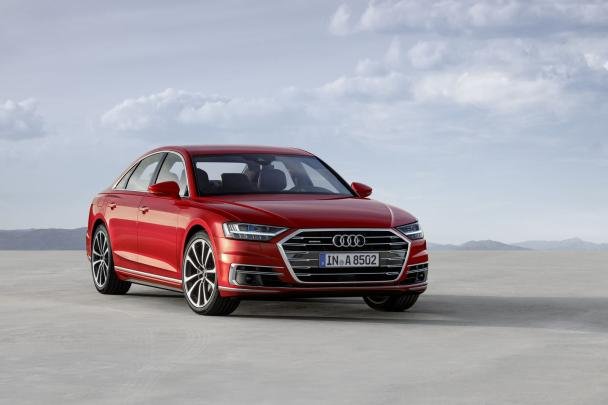 The all-new Audi A8 has finally premiered at the Audi Summit
Outside, we can see big changes in a bigger and bolder single frame grille, new sharped LED headlights, subtle creases on the side and a sleeker roof line. At the rear, the fascia is less upright and the tail lights are also revised with a single piece look. The new A8 remains the long-wheelbase body style as its predecessor.

Interior-wise, the Prologue concept covers the cabin with a clean and contemporary-looking dashboard, a redesigned multi-function steering wheel and touchscreen controls. Besides, the luxury sedan is also fitted with high-definition instrument graphics and a new MMI (Multi-Media Interface) system with two separate displays. 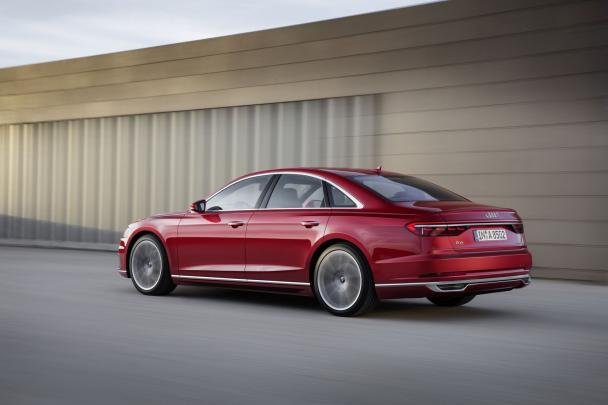 At the rear, the fascia is less upright and the tail lights are also revised with a single piece look
According to Audi, the new A8 is the first production model to be specially applied highly automated driving. To be specific, the Audi AI Traffic Jam Pilot will carry out the function of driving in slow-moving traffic and managing the accelerator, steering and the brakes as well. Therefore, the driver will no longer need to permanently monitor the car. 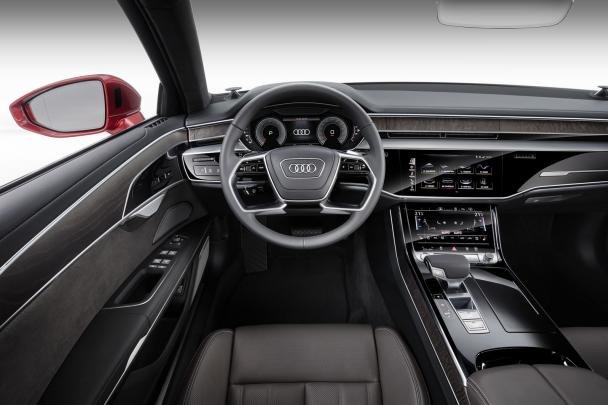 Interior-wise, the Prologue concept covers the cabin with a clean and contemporary-looking dashboard
>>> Alongside the A8, Audi has also announced the debut of the 2017 RS5 in Europe. Click here to read more.

As expected, the 2018 Audi A8 will duel with the likes of the BMW 7-Series and Mercedes-Benz S-Class. In German market, this luxury vehicle is sold from EUR 90,600 (P5,266,255).
2018 Audi A8 - Perfect Sedan!!!
>>> Click here for more updated cars and concepts in the world.
luxury cars Sedan news German automakers Audi recall notices Audi A-series Audi A8 Audi TT