One of the most iconic shoes in our generation, the Air Jordan 1, and the most iconic car in the BMW lineup, the M3, have been put together to give die-hard fans of both worlds a sweet treat.

The Air Jordan themed BMW M3 was created by the graffiti creative agency 400ML together with the auto-tuner iAcro. 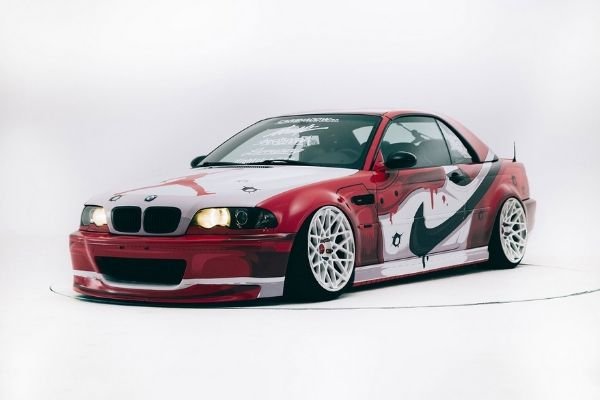 The two creators first selected creative prototypes through online voting, and finally modified the car based on the Air Jordan 1 “Chicago” with the most votes. The Air Jordan themed BMW M3 comes with a large Nike logo on the sides, as well as the Nike Air logo on the roof, and the Jumpman logo on the hood and rear window.

In addition, the Beijing-based graffiti crew 400ML added its signature detailing such as the melting paint and bullet holes. In terms of performance figures, the Air Jordan themed BMW M3 (E46) comes with 343 horsepower and can run from 0 to 100 km/h in 5.1 seconds. 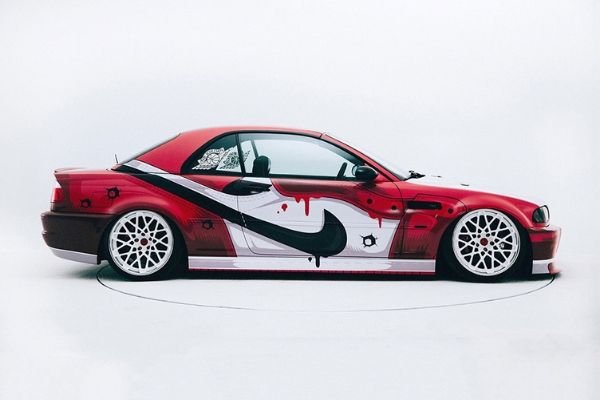 The attention to detail in this car is stunning

Both the Air Jordan 1 and BMW M3 are monumental figures in their own fields – Michael Jordan in basketball and the M3 in motor racing. MJ finished his career with six championships with the Chicago Bulls and won the Olympic Gold twice.

The collaboration between Nike and Jordan remains to be the most iconic sports products ever. Needless to say, Michael Jordan is regarded as the greatest of all time. These achievements gave the BMW M3 a legendary name in motorsports.