5 reasons why the Tesla Cybertruck is a NO-GO for us!

Nov 28, 2019 | Same topic: Auto industry: Latest updates
Here are some reasons as to why we think the Tesla Cybertruck won't do well in car markets as it is. Click here to read more.

Elon Musk, the man behind the electric car company Tesla who took the world by storm with its convention-breaking business model and Space X, one of the most successful private aerospace companies currently existing, is without a doubt the most prolific mad scientist this generation has ever seen.

While we say that, he’s advanced transportation technology with his Tesla electric vehicles by showing the world that electric doesn’t mean boring and impractical. And of course, Space X is continuously pushing the boundaries in space flight by making it more affordable. Isn’t that lofty and admirable? 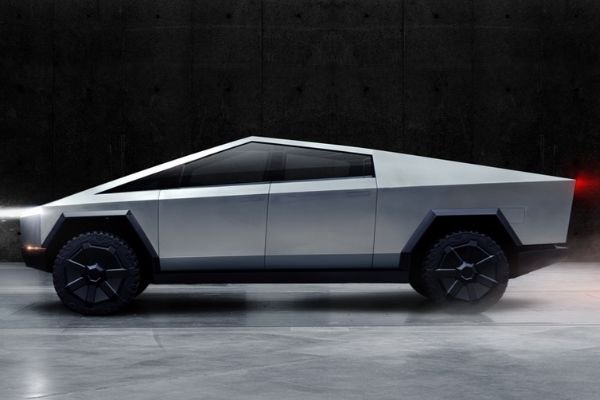 The Tesla Cybertruck, a.k.a. the doorstop mobile

On the other side of the coin, the man also brought to us the Boring Company which produced a functioning flame thrower for only Php 24,000, sending a Tesla Roadster into space by attaching it to the Falcon Heavy. And who could forget that statement he made about nuking Mars to make it habitable.

This time he’s done it again with a new and very unusual looking vehicle, the Tesla Cybertruck. And yes, from the time it debuted at the 2019 L.A. Auto Show, many fell in love with it.

Like most strange-looking cars, however, it has many detractors, and in a very rare occurrence, we at Philkotse.com are one of them. Here’s why:

5 Reasons why we think the Cybertruck is a no-go

Modern cars nowadays are shaped the way they are because of many factors. One of those is better fuel economy from an aerodynamic shape. Another, however, is that cars are designed to have crumple zones and these are required to be standard in most brand-new cars today. Even the choice of steel (or lack thereof) will greatly impact the crashworthiness of a car so those are quite uniform across the board as well.

Now enter the Cybertruck. Its body is made out of 300 series stainless steel and the doors itself is 3 mm thick stainless steel that won’t dent. For that reason, the machines used to press and shape the steel body panels couldn’t give them more curves without breaking hence the polygonal, wedge-like design.

From this, there are many still unanswered questions regarding the safety of the Cybertruck. Will its sharp lines cut through pedestrians like butter? Does it have crumple zones? As of now, Tesla still doesn’t have the answers to those. 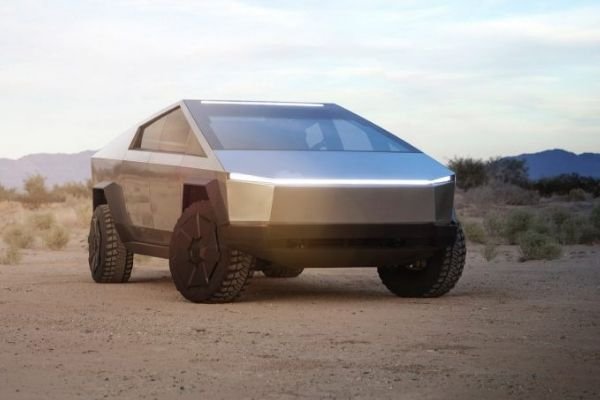 The Cybertruck can most definitely cut through pedestrians like butter

While cars today have some metal on their bodies, these are thin and are mostly aluminum. These are able to cushion an impact due to its ability to absorb impacts by being crushed.

Think of it like an accordion being depressed. In connection to that, we expect that the current iteration of the Cybertruck to do poorly for the occupants inside. In a crash, you’d feel like the liquid inside of a cocktail shaker.

Also, the dashboard of the Cybertruck concept (yes it's still a concept but we digress), looks like its made out of marble or some other hard material. We’ve joked about a “faux marble/granite” material in cars here in our office before but this is kind of ridiculous if true. If they aren’t that insane however, we predict that the actual production version of Tesla Cybertruck interior will indeed be soft materials. We hope. 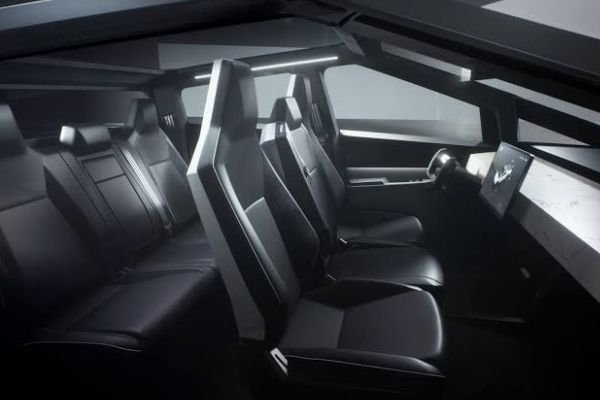 The dash looks hard AF. Hopefully, it's just "faux marble" and is actually made out of soft materials

2. The styling and design

According to a Reddit post, the Cybertruck looks like an extra credit problem from a geometry class. For us and the rest of the internet, it looks like a doorstop with wheels. Also…remember Geoff? Yeah, the Cybertruck resembles Geoff but even that seemed glued together “project car” has more in the way of personality. The Famous Geoff. It's also an electric car and was made by equally mad geniuses

Here are some people’s comments about Tesla Cybertruck’s design, brought to us by Twitter:

The Cybertruck also reminds us of a lot of weird, wacky, but iconic vehicles from the past. There’s the horrendous looking Pontiac Aztec which was also capable of being turned to a camper and of course, there’s the overtly cool DMC DeLorean which had a disappointing performance on the road and a buttload of reliability issues.

These two didn't sell well and instead gained cult status only after a couple of years after they were released because of pop culture.

While we do not particularly like how it looks, we kinda get it. It’s a statement against repetitive design that car manufacturers have fallen to nowadays. We’re talking to you crossovers. 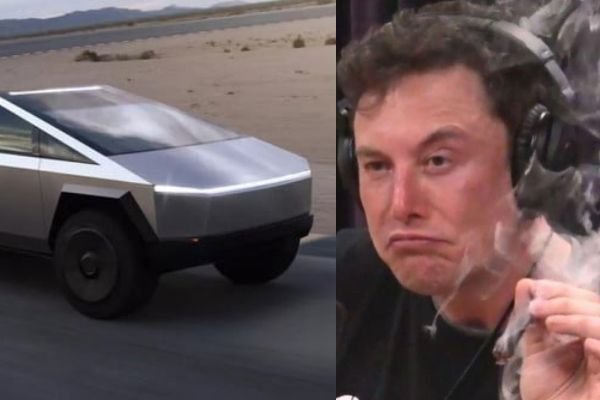 As a Twitter user aptly put it, this was that exact moment when Elon first visualized the Cybertruck

3. The Cybertruck concept ain't got a manual

In this year’s 2019 L.A. Autoshow, car enthusiasts all over the world got a taste of what will happen if car manufacturers actually tried to make electrification actually cool. This came in the form of the 900 horsepower Ford Mustang Lithium EV which apart from the very exciting and novel idea, is made more awesome with a 5-speed stick shift.

Don’t get us wrong though because we recognize the potential of electric vehicles even here in the Philippines. But if they don’t make manuals on EVs more mainstream, well they’re going to have a hard time marketing too hard-headed, manual loving, car/driving enthusiasts.

The Cybertruck is still a concept though and this reason is a bit nitpicky.

>>> Have you updated 9 important releases at the 2019 Los Angeles Autoshow?

4. Who are they marketing it to?

As one guy on a particularly gun/meme loving subreddit has put it, the Tesla Cybertruck is:

So based on the Cybertruck’s qualities that we’ve listed above, it appears that it’ll be quite useful as a bug-out vehicle, a prepper mobile, a vehicle for people who’s jobs involve combat, or just the plain old warlord/politician wanting to take over a small town. 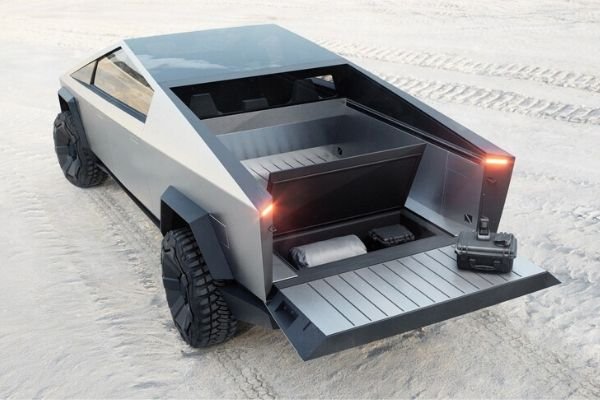 The bed has enough space for a Browning .50 and the box can fit several AR15s!

Despite its niche characteristics, Musk has revealed that the Cybertruck already has a quarter of a million pre-orders in less than a week. And they’re mostly ‘Muricans. Gasp.

Note though that the presumably robust Cybertruck has an adaptive air suspension system. These things can leak if not maintained properly because of abrasion and they’re a bitch to fix. So yeah, that’s definitely a no go for us for something intended for rough use. Maybe? We'll find out in a couple of years so hold on tight

5. Its debut costs Tesla a lot of money

While it’s supposed specs are brilliant, the Cybertruck has cost Tesla a pretty penny after it was announced.

Why? Because investors are conservative and somewhat cowardly. Even if we're saying the aforementioned, we can’t blame them because it's their money.  Also, this has happened before. Most notable of which was the aftermath of that particularly bad Tesla quarterly performance report a few months back.

We aren’t surprised about this recurring again and again because for a great many people (mostly the investors), Must is a mad scientist. Tesla and by extension Musk himself excels at making dreams reality but investors are like Philippine politicians and boomers; they start shaking in fear whenever something rocks their boat. 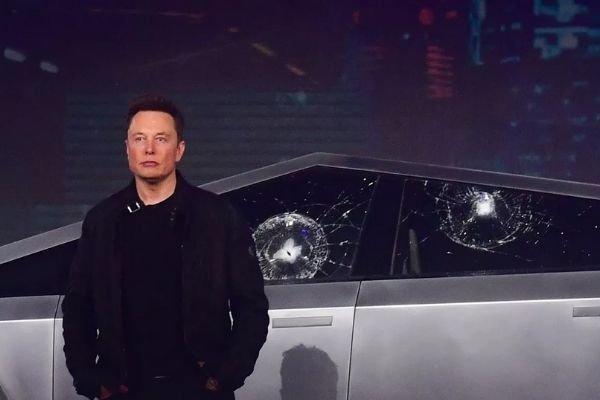 Also, the "bulletproof" windows broke during the live demo

The Tesla Cybertruck: We have criticisms but we’ll wait for the final product

While you may have noticed that we don’t exactly like the Cybertruck itself, we rather like the idea behind it. It’s beyond the norm of what people think of when picturing a pick-up truck inside their heads and in all honesty, a lot of people are bothered by that.

It’s something new and if Musk decides to keep the existing design of the thing, despite their investor’s reactions, well we’d be delighted to talk more about it because sticking it to accepted conventions just feels so good at times.

For more latest updates in the automotive industry worldwide like this one, keep reading here on our car news section.