Before we talk about this concept’s very interesting design, let’s start with the powertrain, as this rather ruggedized plug-in hybrid comes with four electric motors for propulsion, all powered by a compact gas turbine engine.

The output of this turbine supposedly belies its size and weight, with the engine able to run on diesel, kerosene and alcohol. As the turbine is just powerful enough to provide energy to the four motors, don't expect it to be anything like the General Electric T700 found on the Apache helicopter. 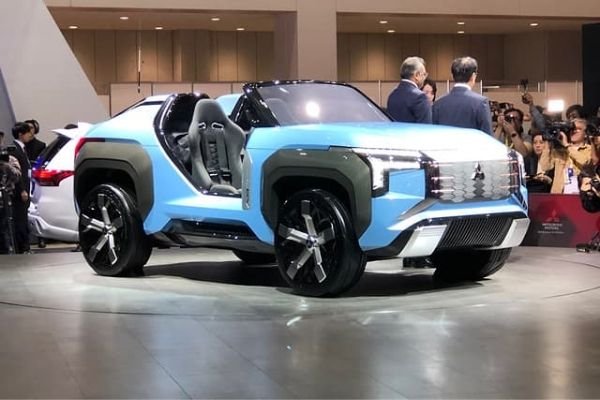 It may have a small turbine under the hood, but the Mi-tech crossover concept is big on everything else.

In foregoing a conventional combustion engine, the Mi-Tech is an intriguing proposition in hybrid vehicles. While we admit that it’s a good idea because gas turbines are efficient on single-speed long-range runs, it will likely consume significantly more fuel on idle.

Going to the interior, the Mi-Tech crossover features Mitsubishi’s Human-Machine Interface, which projects information to the Augmented Reality windshield using advanced optical sensing technology. Think of the user interface in many first-person video games, and you’ll get the idea.

>>> Check out for the best deals of Mitsubishi in the Philippines. 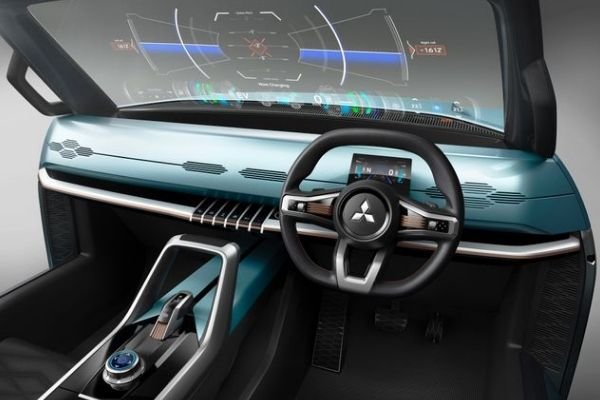 The future is indeed now

The Mi-Tech also comes with the Mi-Pilot advanced suite of driver assistance technologies, readily available to the driver in a range of driving environments.

And lastly, there's the Mi-Tech’s styling. Up front, the dune buggy-like design gives it a futuristic yet rustic (FutuRUSTIC? - Ed.). It also strikes us as somehow like the Jeep CJ from decades ahead, courtesy of its open doorless cabin. That particular design element, after all, has been a Jeep thing since way back when.

And if you squint your eyes while looking at it, you might even catch hints of the old Ford Bronco. And the Mit-Tech is quite aggressive looking, like something a futuristic cop or cyborg detective might use to pursue mutant criminals. It looks cool as it is. But a an all-black color scheme will make it even more striking

The polar opposite to the Mi-Tech Crossover is the Super Height K-Wagon, with its relatively smaller size and sensible character.

Although the name says it's a wagon, the actual proportions place the vehicle under the kei car category, with the K-Wagon likely having a 660cc internal combustion engine in order to comply with Japanese kei car regulations. 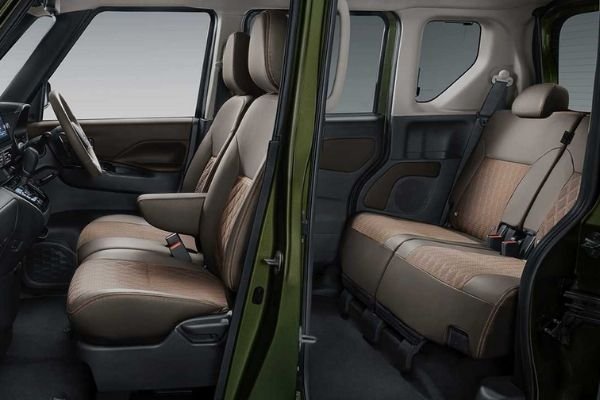 It's got a LOT of legroom. And the hinges on the rear seats suggest that they can be folded down

For those of you who remember the Toyota bB mini MPV and the Nissan Cube subcompact, the Super Height K-Wagon bears a physical resemblance to them, although a bit more retro-modern. It’s essentially a rectangle on wheels, with the Dynamic Shield front end breaking the monotony of the blocky aesthetics.

It's small but it looks aggressive from the front

Mitsubishi says there are currently no plans to put the Mi-Tech into production, but Mitsubishi Motors Corporation COO Ashwani Gupta says that its electrification technologies could be implemented in future compact and midsize SUVs by 2022. As for the K-Wagon, Mitsubishi Motors Corporation CEO Takao Kato reportedly called it the second wave of next-generation kei cars, confirming that it will enter production by the end of the current fiscal year, or the second quarter of 2020.

For the latest updates about concept cars and new product releases at the 2019 Tokyo Motor Show, keep yourself updated here on Philkotse.com.