Following reports that Mazda will launch its electric vehicle recently at the ongoing 2019 Tokyo Auto Show, the carmaker finally unveiled the MX-30 mass-production electric vehicle. This is the first of its kind for Mazda, and people are clamoring to know more about it. 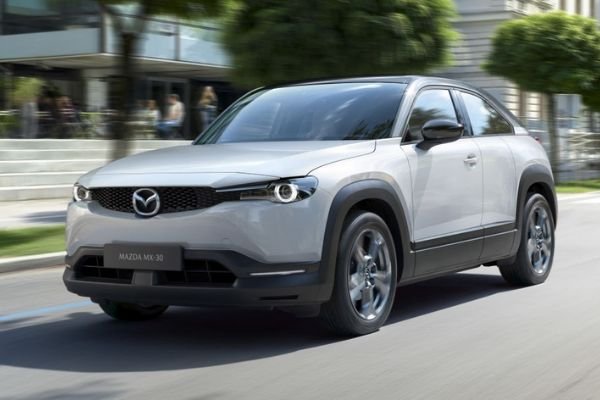 Looks like they combined the Mazda 3's style and the CX-5's proportions. Looks great!

Just like the other cars in Mazda’s line-up, the all-new MX-30 follows the Kodo:Soul of Motion design language, while also expanding on it. Its exterior is as sleek and fluid as other Mazda models while offering a more robust flavor, with its large black fender flares linked seamlessly to black side skirts and black lower bumpers on the front and rear.

So apart from being graceful, the new MX-30 looks a bit macho as well. If that doesn’t make you excited, then the small-ish rear suicide doors reminiscent of those on the Mazda RX-8 will. These provide easy access to the MX-30 EV's rear passenger seats, apart from looking very cool. 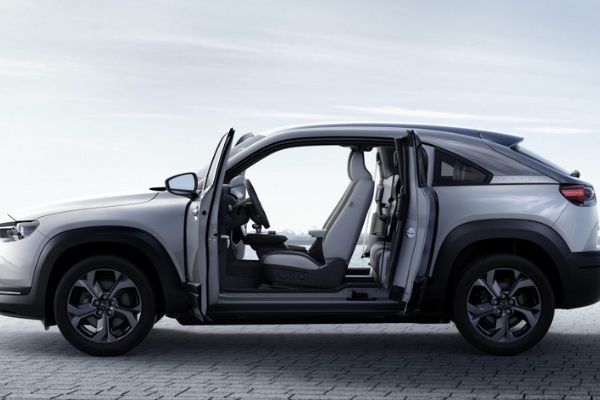 Suicide doors, just like on the RX-7 and the RX-8

Inside, the front cabin is spacious, featuring parts that are built from environment-friendly materials. The console tray’s “faux cork” for example, resembles cork but isn’t actually made from trees. There are also interior panels on the door which use recovered and recycled materials instead of regular fabric. 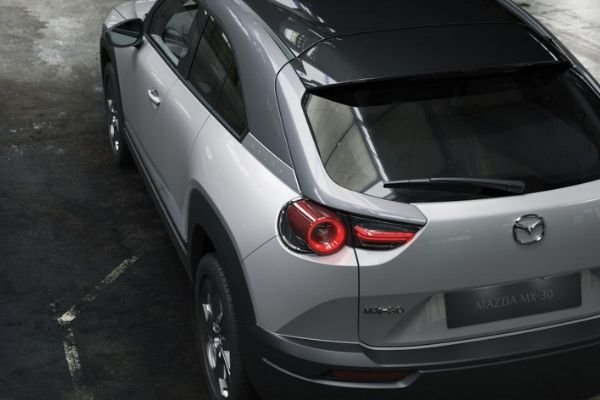 Mazda decline to reveal more details for now, so just check out its sexy rear end

While Mazda went for a nature-friendly theme with the MX-30's cabin, this doesn’t mean that they scrimped on technology. The center console features tactile controls, while a seven-inch touchscreen handles entertainment, climate control and other functions, including Mazda's i-ACTIVSENSE technology. 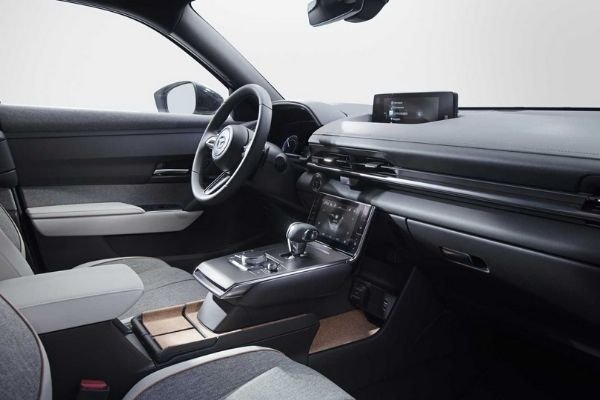 Who would think that this sophisticated interior was made out of recycled materials?

>>> Check out for the latest changes in Mazda Philippines price.

While Mazda gave out scant details regarding the interior, we do know that the European-spec MX-30 will use a single electric motor capable of generating up to 143 horsepower. The 35.5 kWh battery can provide an estimated maximum range of 130 miles or 209 kilometers. Like the MX-5, the MX-30 also features G-Vectoring Control, resulting in roller coaster-levels of grip especially during hard cornering.

As to how it drives, the company says that the Mazda MX-30 will be very responsive to driver input, and it will “achieve performance that the driver can enjoy naturally.” 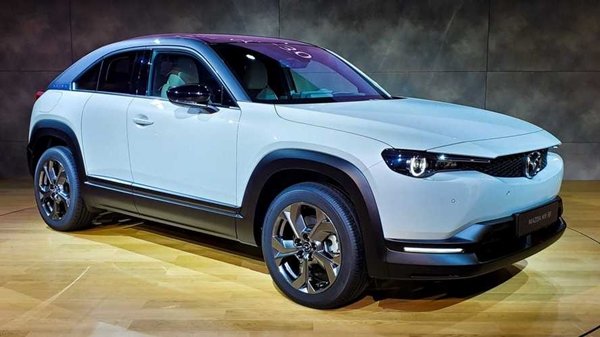 As you might’ve noticed, the MX-30's name references a particular favorite: the Mazda MX-5 roadster. If that isn’t a hint as to how the MX-30 behaves on the road, well, let’s just say Mazda continues to take its “Zoom-Zoom” mantra to heart, so we’re expecting the first Mazda EV to be just as quick and nimble as its combustion engine-powered stablemates.