2021 Toyota RAV4: Expectations and what we know so far

It will be carried over, but then again TMP might introduce a new variant.

The current Philippine-spec Toyota RAV4 was launched in 2019. As such, we won’t be expecting a refresh for the current RAV4 anytime soon. So like most locally available car models, Toyota Motors Philippines will definitely be carrying over the current Toyota made crossover for the 2021 model year.

However, the fifth-gen RAV4 currently has several variants that are available in other markets. The most interesting one is the Toyota RAV4 Hybrid. If we’re being optimistic, Toyota Motor Philippines (TMP) might consider bringing in the said RAV4 variant locally. After all, the Japanese marque is slowly electrifying its model lineup. That’s apparent with the local introduction of the Toyota Corolla Altis Hybrid and Toyota Corolla Cross Hybrid some time ago.

As such, here’s what we can expect from the Philippine-spec 2021 Toyota RAV4. 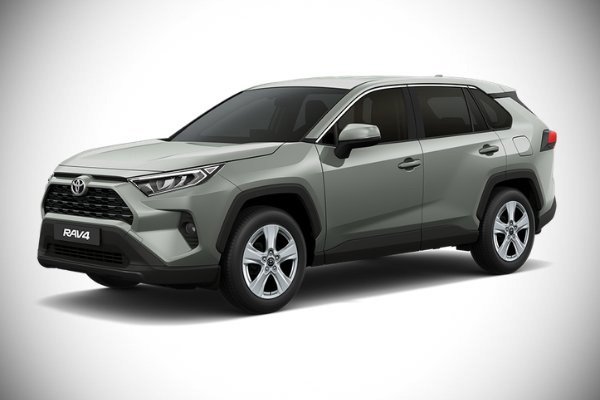 If TMP decided to carry over the same variants of the RAV4, then we don’t expect much changes in terms of appearance. There might be some cosmetic changes to reflect the new model year, but other than that, the dimensions and exterior features might remain the same as the current variants. Even if TMP decided to bring in the RAV4 Hybrid, the said variant won’t look that much different than the regular RAV4. Well, save for the blue Toyota logo that’s found on the marque’s electrified models.

Like the exterior, the carried over variants will have the same interiors. However, the possibility still remains that TMP might give the higher-trim variants some cosmetic changes. But other than that, the current RAV4 already comes with a thoughtfully arranged interior so no changes will be made in that regard. The same goes even if the RAV4 Hybrid is introduced here. That’s because its interior is similar to the regular non-hybrid variants, specifically the top-spec RAV4 LTD. That means it will also come with a push to start button, auto-dimming rearview mirror, wireless charging, automatic dual-zone climate control, electronically adjustable driver’s seats, cruise control, among others.

The RAV4 Hybrid however takes it up a notch as it comes with the Toyota Safety Sense 2.0 (TSS 2.0). The said suite includes pedestrian detection, lane departure alert with steering assist, lane tracing assist, a dynamic radar cruise control system, as well as a road sign recognition system.

The hybrid version of the RAV4 also has one more airbag than the LTD variant, and it also comes with Toyota’s Smart Stop Technology. This particular feature works by providing braking assistance whenever the driver makes mistakes like unintentional acceleration, or during white-knuckle situations like attempting to stop before hitting a road obstacle.

Currently, all the variants of the PH-spec RAV4 are powered by an inline-4 Dual VVT-I DOHC gasoline engine. Power is sent to the front via an eight-speed direct shift transmission. The said engine can deliver up to 203 horsepower and 243 Nm of torque. Braking is handled by ventilated front discs and solid discs for the rear. TheRAV4 PH-spec also comes standard with an electronic parking brake with an auto-hold function. While the US-spec RAV4 Hybrid also comes with four disc brakes, an electronic parking brake, and the same chassis, its powerplant is a bit different.

Under the RAV4 Hybrid’s hood is a Toyota’s 2.5-liter inline-4 gasoline engine. As for its electric component, it uses a 5,300 rpm electric motor and a 259-volt battery. In total, the RAV4 Hybrid can produce up to 219 horsepower and 239 Nm of torque. Instead of having a front-wheel drive, it sends all power to all four wheels via an electronic continuously variable transmission.

The RAV4 Hybrid is also equipped with multiple drive modes. It has the usual eco mode, sport mode, and normal mode, but it also comes with a full electric only EV mode, as well as a trail mode.

Overall, the hybrid powertrain found on the RAV4 Hybrid is far more complicated than the one found on the current PH-spec RAV4. It’s also a bit heavier, but the added power will account for that. Moreover, we’re also certain that this electrified variant might mean better fuel efficiency than the PH-spec RAV4. That of course can certainly become useful, since fuel prices here in the Philippines aren’t exactly cheap. The rear of the US-spec Toyota RAV4 Hybrid

Safety-wise, the RAV4 Hybrid’s suite of active driver-assist features will definitely come in handy for local drivers. But if TMP doesn’t decide on bringing in the RAV4 Hybrid at all, then many will still appreciate it if the company introduced the Toyota Safety Sense 2.0 for the 2021 PH-spec RAV4 LTD instead. Doing that might not drive the RAV4’s price range up that much, but it will still go up a bit.

The TSS 2.0 however, is an impressive collection of technologies designed to keep you and your family safe through multitudes of emergency road scenarios. So a price increase brought about by the TSS 2.0 is just a small price to pay if it means added safety.

While we’re sure that the current PH-spec RAV4 will be carried over for 2021, most of the things we’ve mentioned here are speculative. For that, we’ll have to wait and see if TMP indeed adds something to the current RAV4 lineup. Currently, the US-spec Toyota RAV4 Hybrid starts at USD 28,500. Converted to current exchange rates, that is around Php 1,371,540 before taxes, import costs, etc. Also, if TMP decided to bring in the RAV4 Hybrid, it will definitely stand as the new top-of-the-line model.

That said, the current top-spec Toyota RAV4 LTD currently carries a Php 2,244,000 price tag. As a result, we can expect the RAV4 Hybrid to be priced higher than the aforementioned variant. As we’ve said, it’s a bit more complicated in a mechanical sense, and it has more safety features too.

Would you fancy a hybrid version of the Toyota RAV4 or are you content with the current PH-spec versions? For more articles like this, keep reading here on Philkotse.com.

To complement the contemporary sharp-angled design language, the Japanese carmaker created the all-new Toyota RAV4. It sits just on top of the Fortuner for being a more premium crossover-type that can accommodate five occupants. It was initially introduced as a compact SUV to the market in 1994 to provide the demands of urban markets. Now over the years, the Toyota RAV4 has evolved into something more and now part of the fifth-generation model. The Japanese automakers abandon the old rounded style that makes the car appear boxier. Designers of Toyota were inspired by the brand's rugged variety of SUVs, such as the US market midsize Tacoma truck as well as the 4Runner SUV. There are three distinct variants available - the LE worth Php 1.71 Million, XLE with a price tag of Php 1.92 Million, and LTD valued at Php 2.24 Million. The Toyota RAV4 is offered in nine different colors - Dark Blue Mica, Cyan Metallic, Urban Khaki, Red Mica, Attitude Black Mica, Grey, Silver, White Pearl Crystal Shine, and Super White. Furthermore, all the variants are powered by a 2.5-liter Dual VVT-i DOHC four-cylinder gasoline engine. The power plant generates 243 Nm of peak torque output and 202 hp. For safety purposes, Toyota RAV4 features seven airbags, electronic stability control, ABS with EBD, hill start assist, parking sensors, traction control, and the like.