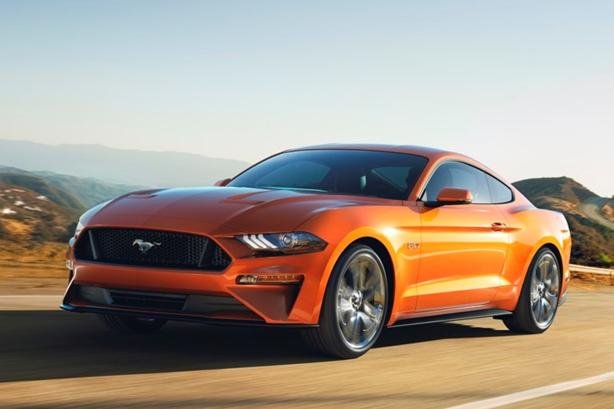 The refreshed Ford Mustang GT will be the fastest Mustang ever made
The 2018 Ford Mustang GT is driven by an improved 5.0L V8 engine cranking out 460 hp and a high torque of 569 Nm. On the other hand, the base model of the Porsche 911 – a “true sports car” is powered by a twin turbocharged flat-six rear engine delivering 370 hp and 448 Nm of peak torque. It can accelerate from 0-60 mph in 4.4 seconds. Apparently, the updated Mustang is much faster and more powerful than the popular ride of the Italian automaker. What’s more, Ford’s 10-speed automatic transmission will be present in the Mustang for the first time for higher acceleration capabilities. The updated Mustang is much faster and more powerful than the Porsche 911
>>> Ford says that the GT is a supercomputer hinted under the camouflage of a supercar. Click here to find out more.

In the same way, the US carmaker also provides a new Drag Strip mode. This mode is designed to hit maximum acceleration and performance for straight-line driving. “Gearing matters, and in Drag Strip mode this car launches better than ever off the line,” said Mustang Chief Engineer Carl Widmann. But more than that, the Performance Pack with a set of custom-designed Michelin Pilot Sport 4S tires will complete the Mustang’s performance.

Speaking to the 2018 Mustang EcoBoost, despite remaining the engine output, this car will also come with the 10-speed automatic transmission, the Drag Strip mode with Performance Package that assists the vehicle to do the 0-60 mph in less than 5.0 seconds.

The 2018 Ford Mustang is set to kick off this fall.