Here are all the Honda SUVs currently available here in the Philippines. Keep reading for more overall information.

Ever since the Honda Passport’s debut in 1993, the company has expanded its SUV lineup steadily. However, here in the Philippines, Honda’s SUV portfolio has somewhat been streamlined to include just two seven-seater crossovers and one five-seater. These are the CR-V, the BR-V, and the HR-V.

Honda CR-V is the first SUV the company designed and made itself. From the simpler, boxier first-generation model that used the brilliant B20Z engine to the current, premium-looking fifth generation, the Honda CR-V is the company’s best-selling crossover SUV, especially here in the Philippines.

The latest iteration of the CR-V, of course, follows Honda’s current design language. The front bumper is much more aggressive-looking than before.

While there’s less chrome now than the previous version, the current one still has some on the front, around the windows, and on a horizontal bar running across the rear end. Also, Honda thankfully changed the design of the wheels from something that looked like fidget spinners to a more elegant setting. 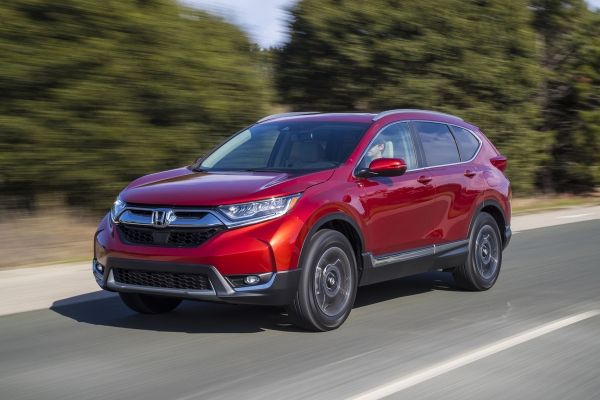 The CR-V has evolved into an elegant vehicle, far from the boxy and simple shape of the model's first generation

Inside, the CR-V is now definitely more spacious than its predecessor -- fitting seven people comfortably with room to spare for around 150 liters of payload. With the third-row seats folded, the CR-V’s cargo space increases to 967 liters.

Other convenience features include electronically adjustable seats, a sunroof, power outlets, and a multifunction steering wheel. Also, most surfaces are clad in soft-touch materials and the seats are covered in plush leather.

>>> Check out our Honda CR-V Philippines full-scale reviews to learn more about this SUV. 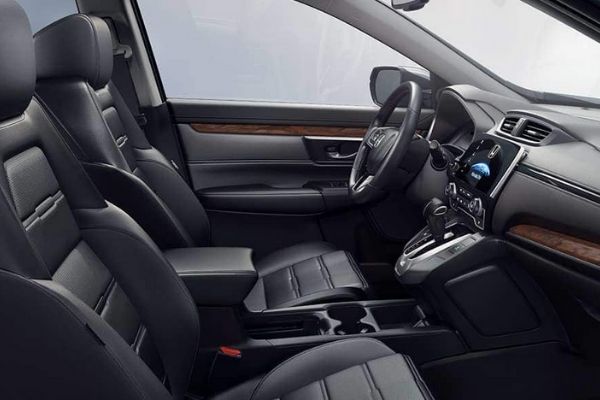 Under the hood, the latest Honda CR-V comes with two engine options. The gasoline-sipping 2.0-liter, SOHC, inline-four that can make 151hp and 189Nm; the other is a diesel-chugging 1.6-liter Earth Dreams Technology DOHC DTEC turbo that can produce 117hp and 300Nm.

The CR-V’s lone gasoline variant is mated to a CVT with power sent to the front wheels whereas the three diesel trims -- the V Diesel, Touring, and the S -- have a nine-speed automatic. The SX Diesel, however, has all-wheel-drive.

For increased safety, the CR-V SX diesel is equipped with dual front airbags, side airbags, side curtain airbags, ABS with EBD, stability assist, a multi-view reverse camera, hill start assist, and many other pieces safety equipments. 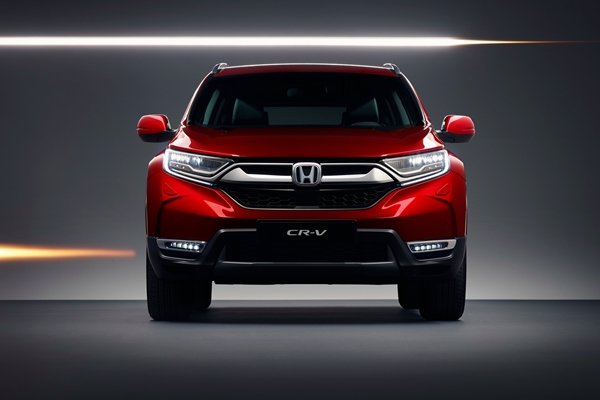 All in all, we recommend the latest Honda CR-V as comfortable family transport, especially with all its safety gear. It can also do well as a long-range road trip vehicle considering that the diesel variant can muster 10.5 km/l in the city and around 21 km/l on the highway. With the cruise control on, however, we think that figure will undoubtedly go up more.

Based on the second-gen Mobilio, the Honda BR-V is a compact crossover SUV whose name stands for Bold Runabout Vehicle. But when the BR-V is compared to Honda Mobilio, it’s exactly that - an SUV that can comfortably fit seven people meant more for the urban jungle that the literal one. 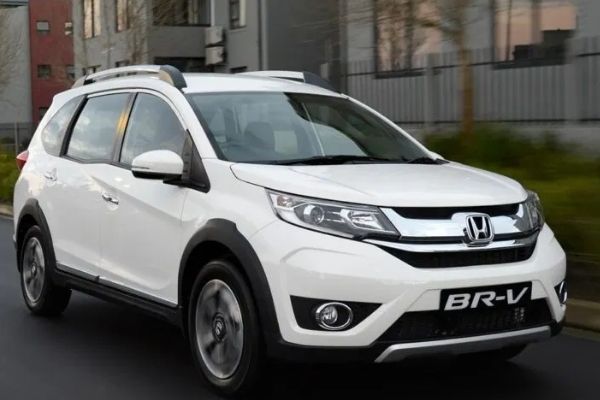 Under the hood, the BR-V only has one engine option -- a 1.5-liter gasoline-fed, SOHC, inline-four that makes 118hp and 145Nm. Power is sent to the BR-V’s rear wheels with a CVT on all variants.

Inside, the BR-V, as we’ve said, can comfortably seat seven people with room to spare for cargo. On its default arrangement, the BR-V’s trunk can hold 223 liters, which can be expanded to a maximum of 521 liters.

The top-of-the-line BR-V 1.5 V also has a number of features to keep its occupants comfortable and entertained. There’s a seven-inch touchscreen advanced display with several connectivity options, automatic dual-zone AC, and hands-free calling. And of course, the seats are clad in leather. 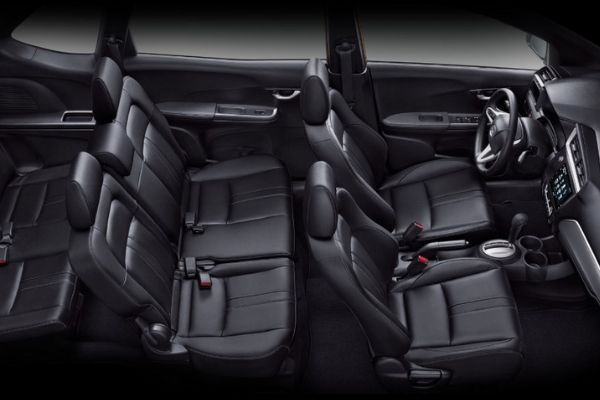 While the BR-V is a simpler vehicle than the CR-V, we can confidently say that it still offers a highly comfortable and safe ride for you and your family. Also, one cannot deny the affordability of the BR-V. In fact, it just might be one of the most affordable seven-seaters currently available in the Philippine market today.

>>> Refer to our Honda BR-V Philippines price to update the latest changes.

The HR-V, if you aren’t familiar with it, is Honda’s subcompact crossover SUV.  It’s already in its second generation, and according to Honda itself, its name is actually an abbreviation of two accepted meanings. The first and official one is Hi-rider Revolutionary Vehicle, and the second one is Hip and Smart Runabout Vehicle. 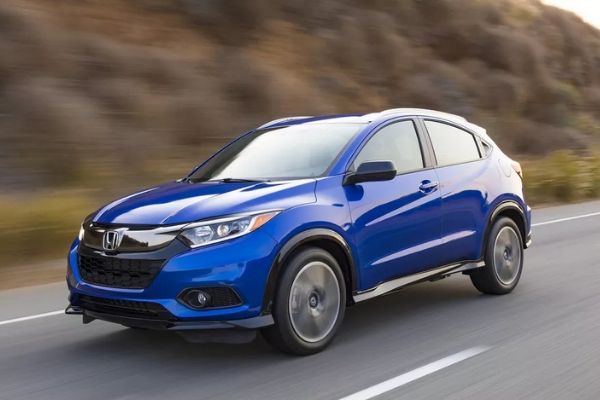 The Honda HR-V. The cuter, smaller, but still capable sibling of the Honda CR-V

Whichever meaning you prefer, the Honda HR-V is essentially a smaller version of the CR-V. It provides all the advantages of an SUV while having the nimbleness and the convenient size of a car. As such, the HR-V can only fit five people while having a default cargo capacity of 431 liters. With the rearmost seats folded down, the cargo space can be expanded up to 1,665 liters.

Under the hood, the second-gen Honda HR-V that’s available here in the Philippines comes with a single engine option, a 1.8-liter, SOHC i-VTEC that can produce 139hp and 172Nm. Power is sent to the front wheels with the Earth Dreams Technology Continuously Variable Transmission.

Inside the Honda HR-V is a navigation-ready seven-inch touchscreen that has audio streaming, Bluetooth, Apple Carplay, and Android Auto. 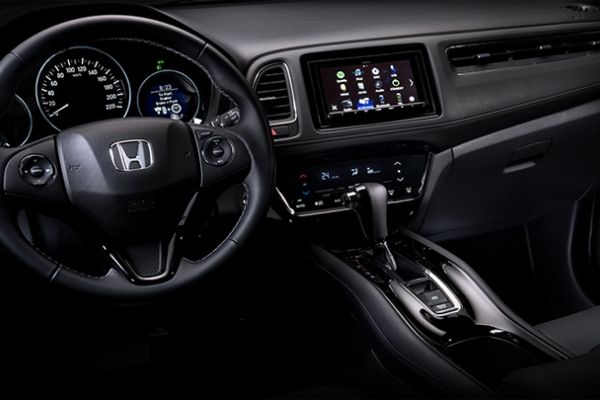 For safety, the top variant of the HR-V is as well-equipped as its larger CR-V brother. It has dual front airbags, side airbags, stability assist, hill start assist, and many others. So yes, the HR-V can still perform as an urban chariot for a city-dwelling family man…Or a single forever-alone man.