Road markings are there to keep you and other motorists safe.

How well do you know the road and everything about it? Driving is the easiest thing to learn but learning the traffic rules with everything that is also relevant too. Most drivers will know most road signs and traffic signals by heart. Another important skill is reading road markings in the Philippines which should be familiar with most drivers.

The relevance of these road markings for drivers is all about safety and other pertinent reasons. Road markings will cue drivers on what to do at any particular moment that should be noted. All these roads marking are cues and visible signs of specific rules to follow when driving.

Disregarding road markings will not only increase the chances of you getting into an unfortunate accident but you could also get fines from the Metropolitan Manila Development Authority (MMDA). What’s worse is that your driver’s license could get revoked.

Dismissing these marking painted on the road is very irresponsible and may lead to any mishap or accident! Let's understand more about the most commonly seen road markings with Philkotse.com. 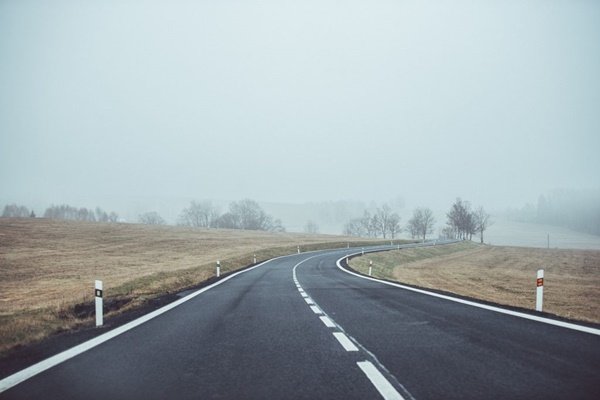 This identified by an area that has diagonal strips with solid white borders that shouldn’t be crossed over. The reason is to keep it open because it is not a part that belong to the road. Treat this area of the road as a no-passing zone or a place that is kept car-free.

One exception to stay in this area is when an emergency is in progress and no other reason more. If you see this set of road markings in the Philippines, you’ve got to pass the borders outside the diagonal lines only.

Whenever driving on any road, if in the city or the freeway always keep inside the solid white shoulder line. Its purpose is to remind drivers not to go beyond this line when operating a car.

Our tips and advice for you is that when seeing this solid line that you cannot go onto the shoulder to overtake or any reason whatsoever. For everyone’s safety always stay within this boundary line at all times! 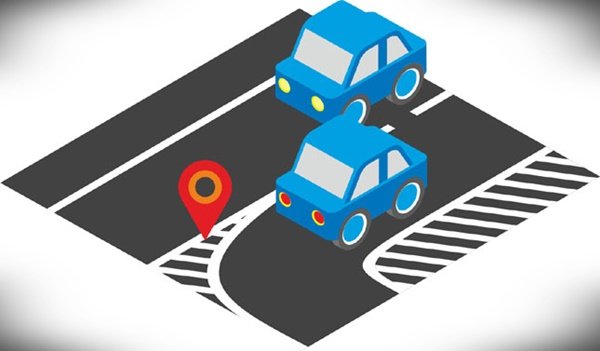 3. Solid white line in the center

This is one of the most common road markings that are found on most roads. It is used to separate traffic when located in a two-way multiple lane road. Usually, this divides any road into a right and left-hand side so cars won’t go in the same direction on the same lane.

Do even think of overtaking unless it clear and do an overtake on the driver’s side too.

>>> Must read: A drivers' guide to the traffic signal lights in the Philippines

Seeing this at the center of a two-lane road when driving, divides any two-lane road into a right and left-hand side lane. You should stay in between the lane that the car is in.

Some would make a mistake going beyond the lane and straddling it too. Overtaking on this line is allowed because it is broken. But do overtake with care because cars on the opposite side have the right of way.

Entering curves that have a blocked view from one direction but which is clear for the other side. If this is seen on the road that will allow overtaking in the side of a broken line. It’s important to note where the broken line runs along, before attempting to overtake on this road marking. It’s important to note where the broken line runs along, before attempting to overtake on this road marking

This is one of the road markings in the Philippines that drivers should follow when turning near an intersection of most roads. You won’t miss it because it will have a turning lane which is 50 meters right before intersections, with a broken divider lane. Slow down when approaching these markings and start making the turn slowly.

When driving and you see these arrows within any lane with white divider lines, you need to follow the arrows. Forward-facing arrows means you just go straight, no turning or leaving the lane.

If it shows right or left then make that turn inside the lane. Following the direction of the arrows will prevent you from getting any traffic violations.

If you see this road marking, then don’t attempt to overtake at any time. Left-hand turns are allowable but only if the road is clear! All traffic coming from the left-hand side will always have the right of way.

9. Thick yellow double-line in the center

Be reminded that a solid line means no overtaking at all times when this is seen. A solid yellow double centerline is serious because it doesn’t allow overtaking on either side of both lanes! It’s rather dangerous when seen in areas of blind curves, converging two-way traffic, and where cars move fast. A lane that is used preferably for motorcycles on major roads in Metro Manila. Cars can move in and out but should give way to motorcycles when using this lane. Motorcycles have the right of way when moving onto or past the blue line.

This is the only place that private cars and other vehicles can enter the bus driving lane. Cars that need to move to an intersection from EDSA have to find this broken yellow line before entering a solid yellow line. Or get ticketed by enforces for an offense. Understand road markings is important to your safety

A continuous yellow lane divider is where the bus driving lane is, beware of crossing over because only buses can use it. Private motor cars cannot enter at any time except when making a turn to an intersection or turning off properly. Some areas will designate this as bicycle lanes, or a solid white line on the roadside too.

>>> Must read: Driving Around EDSA? Make sure you're familiar with the Yellow Lane Policy

A road marking like this shows that any traffic outside the outer yellow line could not merge opposite of the line. But, cars in the inner broken white lane can get out past the solid yellow line when it’s clear. Used to merge smaller exits into the main road or highway.

Its main function is to remind drivers to ease off the pedal and be careful of hazards and merging traffic. These bumps also slow down the car as well and remind drivers of what’s ahead.

At the borders of an intersection is the solid white horizontal line where all vehicles must be at a full stop! Going ahead or making any turn is not allowed at any time or a ticket is earned.

When you see this section of the road where pedestrians pass, the car must be at a full stop. It's also a road courtesy to keep the pedestrian lane open. 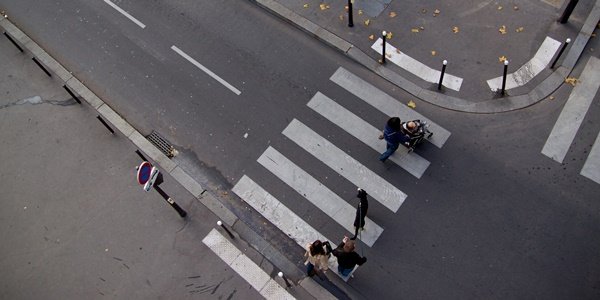 When you see this section of road where pedestrian pass, the car must be at a full stop

>>> Worth to note: A complete guide to avoid pedestrian accidents

Keep the intersection open is what the yellow box means, no car should ever stop in it at any time or get a violation for it. Most drivers ignore this and still occupy the center.

When in traffic you need to time it and make sure you don’t get caught inside it. Please be informed whether there is a stoplight or not it should be opened at all times. A yellow box means, no car should ever stop in it at any time or get a violation for it

One of the most common reasons for vehicular accidents in the country is the improper use of road markings. With that being said, road markings can be your ultimate friend on the road. These lines can make you safe and feel safe by ensuring that you are in the right of way.

You should follow road markings so you can avoid vehicular accidents. The cost for the repair of your damaged vehicle can be troublesome especially if you got a big hit. In addition, you can be accounted with different fines and penalties for disregarding road markings which can be costly.

If you will scroll through MMDA’s list of penalties, you will not find any fine for disregarding specific colored lines except for disregarding yellow bus lanes along EDSA. This comes with a Php 1,000 fine for all offenses. However, you could be accounted for other violations such as reckless driving or illegal/unauthorized counterflow.

Blue lines in the Philippines indicate that it is intended for motorcycles. Drivers with cars can still use blue lanes but they are still highly preferred for motorcyclists.

Q: What is the fine for disregarding road markings in the Philippines?

You could be accounted for reckless driving where your driver’s license could be revoked on the third offense.

Double solid yellow lines indicate that you shouldn’t pass through them at any time. Accidents are prone to roads with this type of road marking.

Q: What do the broken lines mean?

This is one of the most common types of road markings. Broken lines indicate that you are permitted to switch lanes, but do it with utmost caution.

Solid white lines indicate that you are not allowed to pass through them. When they are placed on the edge of the road, it means that the road network ends there.