Ped Xing meaning: Unveil the secret behind that mysterious sign!

Updated Aug 04, 2020 | Same topic: Let's Drive Smart!
Who or what is Ped Xing? Is he a famous Chinese guy or is it an important road sign that all drivers should be aware of?

Have you seen that sign on crossings, roads, crosswalks, etc? The one with the Chinese sounding phrase; “Ped Xing”? While others already know what it is, sadly many people, including us Filipinos have no idea what it means.

To supplement our ignorance of the road sign and its meaning, there are even a great many jokes like “Who’s that Chinese guy all these signs are talking about?” or “It’s to honor that Asian man who invented pedestrian crossings.”

Even former Manila Mayor Lito Atienza once jokes that the sign referred to “Pedro Xing-Hua, a generous man from a wealthy Filipino-Chinese family. However ever funny those are, those are wrong.

As we said, this is sad as this is indicative of the ineffectiveness of driving education around the world and especially here in the Philippines.

Because let’s face it, only a few people will remember most of the signs taught to them by the hard-working instructors at driving schools. A great many of us don’t even take the LTO driver’s written and practical exams that seriously. 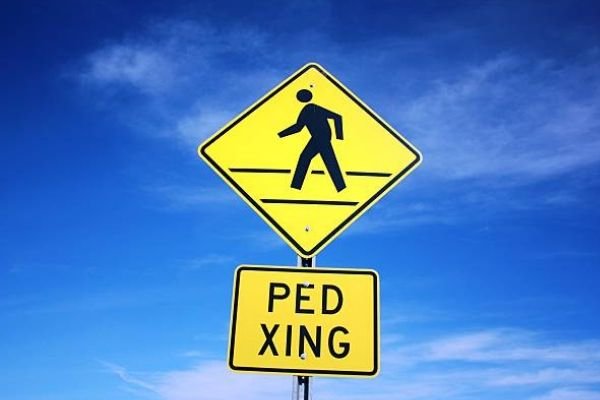 Hint: It's a shortened version of an all-important feature of a road

Ped Xing origin is merely a shortened version for the phrase: “Pedestrian Crossing.”

Why do they shorten it to Ped Xing? Well, traffic signs have to follow a standardized size and most of those sizes cannot accommodate the whole phrase itself.

According to Dan Simeon, an architect, Ped Xing signs were started to be used in Metro Manila back in 2003 as a part of the Lighted Street Sign and Muti-Traffic Signals Project.

Fast forward to the present though, this traffic sign is in use in multiple locations in the Philippines. In other parts of the world, however, the “Ped Xing” sign has been used far earlier than 2003 and these are especially common on cities with long stretches of roads with no intersections, ground-level trams, and train tracks. Some Ped Xing signs are painted onto roads like this one

>>> Must read: A complete guide to avoid pedestrian accidents

As to their purpose, Ped Xing road signs are used to inform or warn motorists that they’re approaching a pedestrian lane or a spot where people cross the road.

If you’re that kind of driver who doesn’t get the pedestrian crossing sign meaning yet, you’re supposed to slow down when you see this sign and be alert. If there are pedestrians, allow them to cross the road before going your merry way.

Pedestrians, like most you, our readers, are road users after all so they deserve the same amount of courtesy and regard as other vehicles on the road. And of course, road safety is much more crucial to pedestrians because of their vulnerability. As you may have noticed from countless news articles and reports of road accidents in the Philippines involving cars and pedestrians, the latter will always have the advantage when it comes to a court’s decision. So in consideration of this, taking heed of pedestrian crossings as well as other pedestrian facilities like sidewalks will always be paramount for a driver.

There are some situations however which can be said that it was actually the fault of a pedestrian. In lieu of that, Rep. Frederick Siao filed a bill a year ago that will protect law-abiding drivers from being initially culpable or taking on all the fault in road accidents. 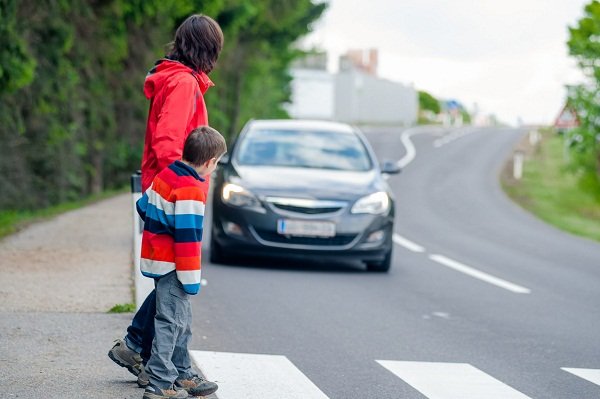 House Bill No. 1987 is implemented to protect the pedestrian from reckless driving

This is called House Bill No. 1987 or “Philippine Responsible Driving and Accountability Act” and if we described it to its bare meaning, it is seeking to make the laws and rules on reckless driving in the Philippines.

These are the following situations where this House Bill will apply to pedestrians including bicycle riders:

There are many more considerations under this proposed house bill but the ones we listed here are the most relevant to pedestrian safety.

As of now though, House Bill No. 1987 is still under consideration but we trust this will come to approval in the following months. Hopefully.

5. Pedestrian Accident Statistics for the Philippines

According to data gathered by the Metropolitan Manila Development Authority’s Metro Manila Accident Reporting and Analysis System or MMARAS, the capital has an average of over 49 non-fatal road injuries, 1 fatality, and over 270 property damage caused by motor vehicle accidents per day.

Note also that the most lethal hours occur between 3 AM and 4 AM and between 11 PM and 12 AM. From that, we can deduce that due to the lesser traffic at those times can lead to drivers getting more…rowdy than usual. As such, we encourage fellow motorists to follow the traffic rules as you do during the day. A driver must also take special note of pedestrian lanes, cross-walks, and when Ped Xing signs are present especially at night when visibility is limited.

This is Metro Manila after all. A place where people are still out and about in the wee hours at night.

Now that you know what a Ped Xing sign is, will you stop asking what does "Xing" mean in Chinese already?

Keep posted at Philkotse.com for useful tips and advice on safe driving.