Sep 10, 2019 | Same topic: Survive driving in the Philippines
Rush hour tends to make you hurry in anticipation of the gridlock ahead, however, to deal with Manila traffic, you must know our tips below.

Early in the morning and late in the afternoon during weekdays are the bane of urban folk, because of two words that strike fear into the hearts of drivers and commuters alike: rush hour. But no one should be at the mercy of rush hour, because believe it or not, there are ways to beat it.

If you’re one of those individuals who brave the roads every day, rush hour will eventually get to your nerves, and you’re probably joining the throng of those clamoring for solutions to the metro’s abysmal traffic. Here are some ideas from Philkotse.com to try out in beating rush hour blues. You can try each one and see which works best for your particular circumstance. Remember, it’s better to take action and be proactive, instead of just expending your energy getting stressed out in yet another traffic jam.

If your work is in the morning

1. Check all meetings calendared for the week and plan your routes accordingly

Be strategic about planning all activities that are office-related. You need not report every day, ensuring fluid planning unless there are last-minute changes. Mapping out your time and sequencing all work-related tasks lessens rush hour blues significantly.

2. Get to the office earlier and get some shut-eye if you can

Leaving early for work has many benefits, and it helps lessens the effect of the rush hour blues. You’ll avoid getting caught in the morning rush, and it allows you to get choice parking spaces (if you don’t have one reserved for you). 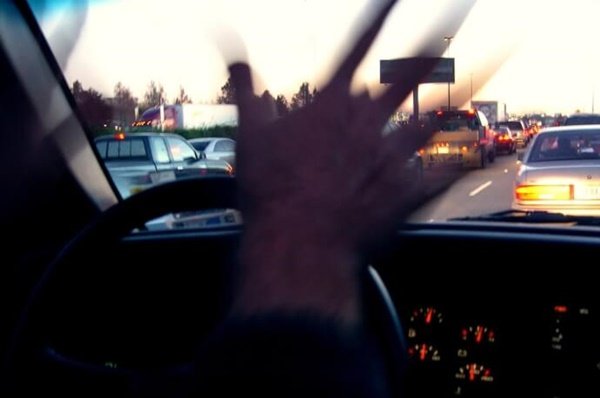 Leaving early for work has many benefits, and it helps lessens the effect of the rush hour blues

If you arrive early enough, there might be time to catch up on some rest before you dive headfirst into your to-do list for the day. Besides, employers appreciate employees who report early for work!

>>> Read more: 5 tips to beat stress while stuck in a traffic jam in Manila.

3. Use TNVS cars on coding days

TNVS companies such as Grab are options you can take during coding days when you’re not allowed to drive your car. The caveat there, however, is that fares undergo surge pricing during rush hour.

If you do decide to bring your car anyway, you may need to leave way earlier than usual, to avoid the start of coding hours. The only time this might not work is when everyone else has the same idea, and you’re all jockeying for space on the road in a mad rush to get to work.

Does your job entail a flexible schedule? You might want to take advantage of it, requesting your boss or HR to move the start of your shift a little later in the day, so as to give you a greater allowance in getting to work on time.

A number of companies are already acknowledging the need to adjust work hours due to traffic and rush hour.

5. Live near the place

Try sleeping over at a friend’s house who lives near work on coding days, or sleep in a motel. Some people who live really far from work can arrange to carpool with a friend, even staying with them on certain days of the week. 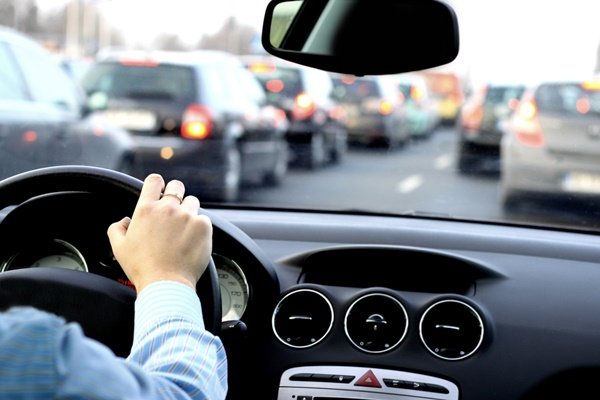 Try sleeping over at a friend’s house who lives near work on coding days, or sleep in a motel

This idea works best for singles and those who spend a lot on gas money! It solves the problem of spending too much for gas and looking for a place to stay in that’s more accessible to and from the workplace.

6. Choose a job that has an option for telecommuting

Some jobs don’t necessarily require staff to actually report on location every day. With advances in communications technology, meetings can now be conducted via video conferencing. You won’t be drained by rush hour blues, which means you’re more productive. Those with families will especially benefit from this set-up.

7. Consider jobs that are closer to your residence

Getting a well-paying and fulfilling job that has the added bonus of being close to home is an almost mythical scenario, but believe it or not, it does happen to the most fortunate individuals. Spending less on fuel costs and the punishment of everyday driving is not only good for you, but for your car. 8. Rent a room or apartment near work to avoid rush hour

Many urban employees who live in the suburbs tend to rent a place near work or sublet an apartment that could serve as lodgings for the night. This works well too, what with the extra costs of gassing up every day yet burning up all that fuel stuck in traffic.

9. Keep your wits about, even during rush hour

Rush hour tends to make you hurry in anticipation of the gridlock ahead, but this only makes you more prone to mistakes, especially when you’re already running late!

It’s tempting to see a stretch of road with light traffic and get the idea of overspeeding, swerving, even counterflowing just to get to work on time. If you’re unlucky enough to be apprehended or worse, get caught in an accident because of a traffic violation, then it wouldn’t be worth the trouble at all. 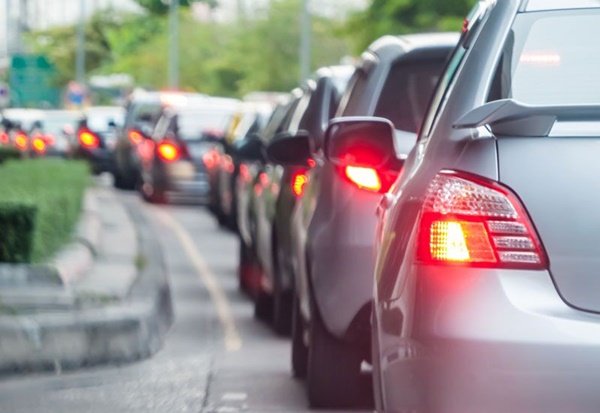 One more tip: Keep your wits about, even during rush hour

When going home from work

1. If possible, leave work early to avoid the brunt of the afternoon rush hour

Just like in the morning, it’s better to get all your pending tasks done in the office and get home earlier, if company policy allows it. Leaving the office a bit earlier should shave off a bit of time spent in traffic.

2. If it’s your coding day, just wait until the end of coding hours

With no more window hours, motorists are forced to wait out the coding day until 8 pm. By the time that hour arrives, hopefully, most other cars on the road have already reached home, making way for those who waited out the coding period. With no more window hours, motorists are forced to wait out the coding day until 8 pm

Being strapped to a car seat every day while navigating traffic can be very stressful, enough to probably drive even the most patient individual to the edge. But as with every other circumstance, it does not have to constantly place us at its mercy.

With more and more car models being introduced than roads being constructed, traffic is only bound to get worse, and the paraphrase Charles Darwin, only those who are able to adapt accordingly will live to fight another day.