The best upgrades in the Ford Mustang GT 2018 may lie in a manual gearbox and its going topless.

Receiving a redesign and having officially reached the Philippine market, the Ford Mustang GT 2018 is ready to take Philippine car enthusiasts by storm. As can be seen from its debut at Manila International Auto Show - MIAS 2018, the model earns a meaner appearance, coming with a slightly improved engine and new techno.

The best upgrades in the Mustang may lie in a manual gearbox and its going topless. 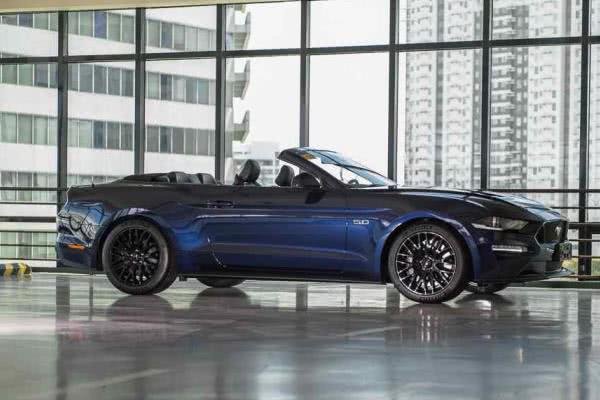 The 2018 Mustang GT earns a meaner appearance, coming with a slightly improved engine and new techno

The 2018 Mustang is designed with a sharper look. The carmaker brings some changes to the front fascia with revised LED headlights made reshaped, a new hood and a bigger grille. They all contribute to a design that is meaner and more aerodynamic. The exterior features tweaks from the rear including high-performance spoiler, a new diffuser, and bumper

Some changes are made to the rear too; the most remarkable ones are the taillights gaining a new curved design. The exterior also features other tweaks from the rear including high-performance spoiler, a new diffuser, and bumper. As distinct from the previous version’s rear decklid, the convertible’s becomes flatter to give room for the foldable soft-top. The Ford Mustang GT 2018 cabin receives the similar retro-modern design as well. The interior also welcomes a new digital instrument panel of 12-inch which offers users customizations on its look. In addition, the panel can be set to Sport or Normal and display 3 separate menus.

There is new leather upholstery coating the interior while the center console is hand-stitched. There are also the appearances of contrast padded and stitching knee bolsters. SYNC 3 will support various multimedia features consisting of Android Auto and Apple CarPlay. The 2019 Mustang can come with a reworked 6-speed manual gearbox and a newly-developed 10-speed automatic transmission. Ford claims the 6-speed manual, available for the V8-powered GT only, comes with a dual-mass-flywheel and a twin-disc for stronger torque. The 10-speed, meanwhile, delivers quicker shifts and minimize friction.

Check out the latest 2018 Ford Mustang’s prices below: