The crossover is ready to challenge roads less travelled.

The Ford Ecosport, despite being classified as a city crossover, can perform well as an off-road vehicle owing to relatively short overhangs at both front and rear, and a tall ride height. Ford Brazil has made this come true by introducing the Ford EcoSport Storm 2018 which features the similar rugged exterior style to the F-150 Raptor and a 2.0L powertrain paired with a four-wheel drive (4WD) system for going off-road. The Ecosport Storm has made its debut in Brazil

To commence with, the new Ecosport Storm exterior is dominated by a redesigned front fascia with a revised front grille seen on the F-150 Raptor. Other styling tweaks on the outside include bi-Xenon headlmaps with LED DRLs, blacked-out fog lamp bezels, plastic wheel lip moldings and refined front bumper with integrated skid plate. 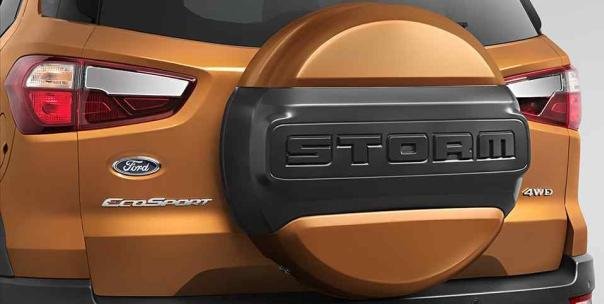 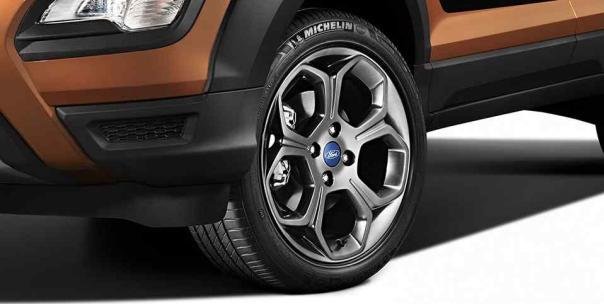 Interior-wise, all seats of the Storm 2018 are covered by Ebony Black leather with eye-catching Satin Orange stitching. Also being highlighted with orange paintjob, but just with a familiar hue, are the center console, door handles and infotainment system. By the way, entertainment source is from a state-of-the-art SYNC 3 system channed on an 8-inch touchscreen display which supports Apple CarPlay/Android Auto as well as satellite navigation system. Bluetooth connectivity, two USB ports, voice command, a reverse camera and a smaller 4.2-inch multi-info screen are also on tap. 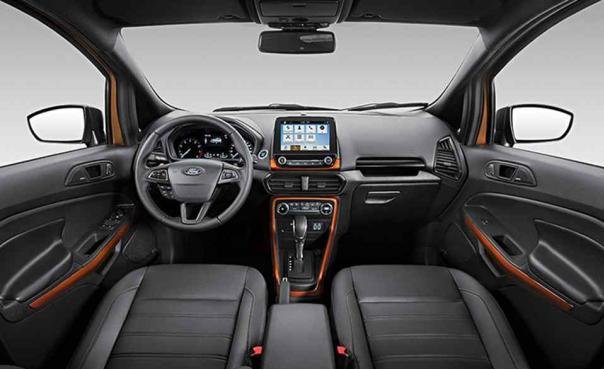 >>> Click here to learn more about the refreshed Ford EcoSport 2018

The new EcoSport can run on both gasoline and ethanol thanks to a 2.0L 4-cylinder Direct Flex engine. If this engine in the former is able to push out only 170 PS and a max torque of 202 Nm, it can muster 176 PS and 221 Nm in the new model. As mentioned ealier, power is sent to the four wheels via a 6-speed SelectShift automatic gearbox.

At the moment, we're still unsure whether the Ford EcoSport Storm 2018 will go outside South America or not. Just wait for official information to come from the Blue Oval.

>>> Click to catch up with the latest car news nationwide and worldwide on Phikotse.com