2017 Skoda Karoq to make its debut this week

Updated Oct 07, 2020 | Same topic: Most Updated Car Concept
Skoda is willing to introduce its brand-new Karoq in Stockholm on 18 May.
Ahead of the world premiere, the Czech automaker has revealed a batch of official teasers of the upcoming 2017 Skoda Karoq compact SUV.

Featuring Skoda’s latest design style, the 2017 Karoq will get the brand's signature front grille. New full-LED headlights will be an option whereas the C-shaped taillights will be applied LED technology as standard. Particularly, all of these details evoke the “crystalline” image of the beautiful Czech Republic. Besides, with sharply and delicate angles, it is certain that the 2017 Skoda Karoq will completely stand out in the compact SUV segment. 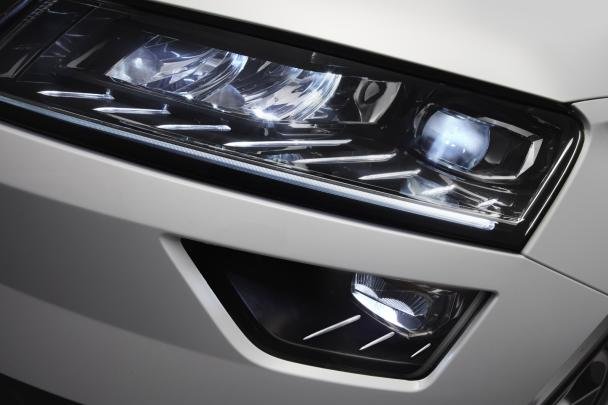 2017 Skoda Karoq gets an optional new full-LED headlights.
The new Karoq has the same size as the previous third-generation Toyota RAV4 with 4381mm in length, 1841mm in width, 1600mm in height and a wheelbase of 2641mm. However, according to car news from Skoda, the Karoq will be slightly bigger (except for the height) than the Skoda Yeti. 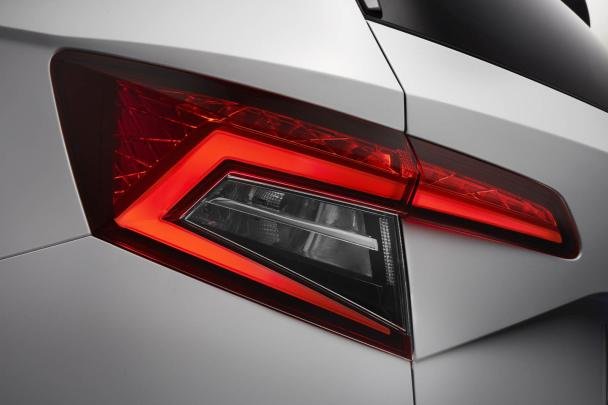 As regards the space, the 2017 Karoq offers an optional VarioFlex rear seating system allowing passengers to position, fold and remove from the car. When these seats are removed, the boot space is variable between 479 and 588-litres. Even, this system also increases the maximum boot size to 1,810-litres, two more than that of the Yeti, but less than the Toyota RAV4, the Ford Escape/Kuga and the high-end Honda CR-V.

Inside the car, a touchscreen infotainment system with top of the range connectivity is equipped together with the Columbus and Amundsen system a WLAN hotspot. Apple CarPlay, Android Auto and MirrorLink are also available. Additionally, the new Skoda Karoq comes with Blind Spot Detect, Front Assist with predictive pedestrian protection and Emergency Assistant in order to increase safe driving. 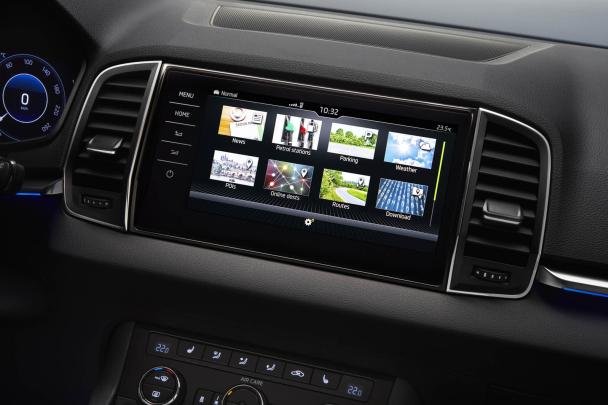 Inside the car, a touchscreen infotainment system with top of the range connectivity is equipped.
The engine range is expected to be inherited from the Volkswagen Group with a selection of turbocharged petrol and diesel engines. Petrol options may be a 1.0, and 1.4-litre engines and diesel options will consist of 1.6 and 2.0-litre units. All can be mated to either a 6-speed manual transmission or a 7-speed DSG except the range-topping 2.0 TDI. 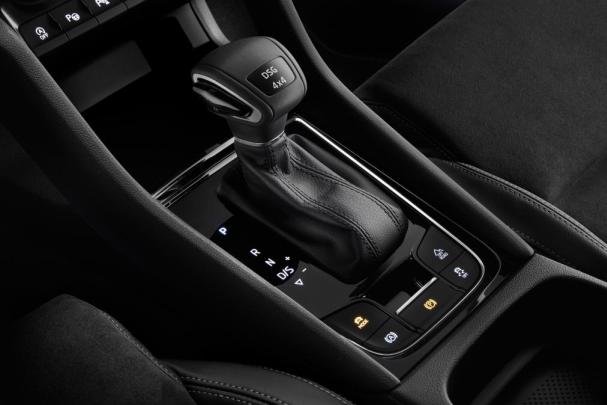 The engine range is expected to come with a selection of turbocharged petrol and diesel engines.
>>> View more: Volkswagen PH to introduce its new 2017 Jetta

The 2017 Karoq SUV will make its world debut on 18 May in Stockholm before officially going on sale in the second half of 2017.